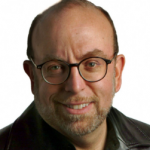 Column: The Democrats must be the party of the 99 percent

Like Walt Whitman, the Democratic Party has long contained multitudes and frequently contradicted itself. In the early 20th century, it was the party of the white segregationist South and the Catholic and Jewish immigrants who crowded into the cities of the North and Midwest. Tensions between these two barely reconcilable wings — manifested in fights over Prohibition and the Ku Klux Klan — paralyzed the party in the 1920s and led to a 1924 convention that required two weeks and 103 roll-call ballots before a compromise presidential candidate could be selected.

But the Democrats haven’t stayed in business since the 1820s for nothing. Over the years, they’ve demonstrated an impressive capacity for reinvention.

But the Democrats haven’t stayed in business since the 1820s for nothing. Over the years, they’ve demonstrated an impressive capacity for reinvention. In the 1930s, in response to the Great Depression and under the able leadership of Franklin D. Roosevelt, the party’s wings came together in support of New Deal economics. In the process, they jettisoned the support of business interests that were appalled at Roosevelt’s rejection of laissez faire policies. The party’s chairman in 1928 — John J. Raskob, whose day job was finance committee chairman of General Motors and consigliere to the DuPont family — had become, by 1936, head of the Liberty League, an organization formed to work (unsuccessfully, as it turned out) for Roosevelt’s defeat.

In the 1960s, the party redefined itself yet again. Responding to the overwhelming moral force of the civil rights movement, Lyndon Johnson signed both the Civil Rights Act and the Voting Rights Act into law, as well as numerous Great Society measures directed chiefly at bettering the lot of those excluded from the general prosperity that the New Deal had done so much to foster. At the time, Johnson famously commented to an associate that the party had probably lost the support of the white South for a generation or two — a prophecy that’s been completely borne out.

In recent decades, it’s been the Republican Party that’s changed the most, moving steadily to the right, becoming steadily more white. The fusion of the previously Democratic white South with the northern conservatives who’d long found a home in the party created a GOP committed to white nationalism, xenophobia and the parochialism and religiosity of the provincial. This had the effect of driving into the Democrats’ ranks other constituencies — above all, minorities, single women and the young, but also, as John Judis and Ruy Teixeira demonstrated in their 2002 book “The Emerging Democratic Majority,” professionals.

The New Age Democrats have had their conflicts, too. As the Republicans moved right, the one-time moderate and liberal Republicans of Wall Street also moved into the Democrats’ ranks, including such one-time Rockefeller Republicans as Robert Rubin (Bill Clinton’s treasury secretary), whose proteges held the chief economic positions in the Obama administration. With the prevailing ideological tides running to the right in the period between Ronald Reagan’s 1980 election and the crash of 2008, the policies of the Wall Streeters were frequently embraced by leading Democrats such as Bill Clinton, on whose watch Glass Steagall was repealed and trade deals (NAFTA and PNTR with China) were enacted, over the opposition of the party’s longtime labor supporters and a majority of House Democrats.

Hillary Clinton’s reversal of her support for the Trans-Pacific Partnership and for slowing the growth of Social Security may be taken as an acknowledgement of the Democrats’ weakness with white workers, once the very keystone of the New Deal coalition.

Just as the Great Depression of the 1930s moved the Democrats leftward, so the Great Recession following the 2008 crash, and the highly unequal recovery that followed it, has moved the party left again. As in the 1930s, the percentage of Americans, and Democrats more particularly, who rejected laissez-faire capitalism, notably increased — to which more than just Bernie Sanders’s vote totals attest. Indeed, a recent Economist/YouGov survey showed that 26 percent of American voters could be classified as social democrats and another 28 percent as liberals. Both these groups largely consider the Democratic Party their electoral home. That likely means that the Rubinistas, much like the Raskobites of the 1920s, won’t find the party nearly as congenial as it was for them a decade or two ago. The combined effects of globalization and financialization have diminished the Democrats’ middle- and working-class base, as they’ve diminished the middle and working classes altogether. Fewer Wall Street figures are likely to flock to Washington should Hillary Clinton win the November election than they did after the last two Democratic victories.

In the party’s reorientation of the 1960s, the Democrats became the tribunes for those who had been deprived full rights and economic citizenship: African Americans, women, Latinos, immigrants and the LGBT community. The assumption of the Democrats in power in the 60s, as historian Jefferson Cowie documents in his important, new book “The Great Exception,” was that the nation’s economic fundamentals, as they emerged from the New Deal, were sound and needed no tinkering. As this year’s presidential primaries make clear, that’s something the Democrats — racing to catch up with the American people — no longer believe or can believe. Hence their proposals for free college tuition, a public option for health insurance, a radical raise in the minimum wage, taxation of financial transactions and the creation of a new version of Glass Steagall.

In pollster Stan Greenberg’s phrase, the Democrats have become the party of the “Rising American Electorate” — disproportionately of the young, minorities, women and professionals, most of whom tend to be clustered in cities. (Of the 30 largest American cities, only three have Republican mayors.) Culturally, the party has never been more urban-cosmopolitan, just as the Republicans have never been more backwater-provincial. There is much in the Democrats’ program that would economically benefit the white working class (its support for workers’ rights, its commitment to greater employment through infrastructure construction and its embrace of increased Social Security benefits, to cite just three particulars), but Republicans in general, and Donald Trump in particular, have exploited the Democrats’ decades of championing minority rights and cultural liberalism to instill in many whites a sense that they have no place in today’s Democratic Party. At times, the Democrats have abetted the growth of this sentiment. Hillary Clinton’s reversal of her support for the Trans-Pacific Partnership and for slowing the growth of Social Security may be taken as an acknowledgement of the Democrats’ weakness with white workers, once the very keystone of the New Deal coalition.

The Democrats need to be, as the Occupy movement put it, the party of the 99 percent.

The Democrats need to be, as the Occupy movement put it, the party of the 99 percent. Their economic agenda needs to recognize how deeply the fundamental changes in capitalism over the past four decades have wounded the American people and diminished the American middle class. They need to respond with economic reforms as far reaching as those of the New Deal were in the 1930s. This pivot in the party’s central direction need not and cannot lead it to abandon its advocacy for minority rights, but now is the time to reinvent its majoritarian program: an economics to create a more thriving and egalitarian nation.

Left: Now is the time for the Democratic party to reinvent its majoritarian program: an economics to create a more thriving and egalitarian nation, writes columnist Harold Meyerson. Photo by Shannon Stapleton/REUTERS

Since 2001, Harold Meyerson has been an editor of The American Prospect, the Washington-based liberal magazine, oscillating between the positions of Editor at Large and Executive Editor (his current post). From 2003 to 2016, he was a weekly Washington Post op-ed columnist. From 1989 through 2001, he was executive editor of the L.A. Weekly, the nation’s largest metropolitan weekly. His articles on politics, labor, the economy, foreign policy and American culture have also appeared in The New Yorker, The Atlantic, The New Republic, The Nation, The New Statesman; the op-ed, commentary and book review sections of The New York Times and The Los Angeles Times, and in numerous other publications. He is a member of the editorial board of Dissent. His print journalism has won numerous awards. He is a senior fellow at the Center for American Progress.