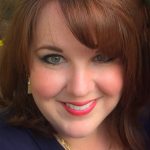 Column: Why I hope this populist fever in the GOP breaks soon

For the last half-century, the Republican Party has been the primary vehicle of political conservatism in the United States. But it has never been a perfect one, and it is about to become much less so, as it prepares to nominate Donald Trump, the least conservative man it has chosen for president since Buckley, Goldwater and Reagan created the modern party. Republicans need to recover their bearings, for their own sake and the country’s.

Those old principles are the ones upon which America was founded: limited government; commercial freedom; national sovereignty; the primacy of family and civil society. The challenge today is that too many people simply don’t see opportunity in contemporary America today and so are losing faith in those principles. But what our presidential candidates have to offer—socialism, protectionism and more-of-the-same liberalism—are no answer to that challenge.

Nostalgia is often useless and sometimes dangerous, and giving ourselves over to it completely would mean the death of our cause.

Republicans understand that reviving robust economic growth—a goal that has eluded a Democratic administration for eight years and that is mostly unmentioned in the new Democratic platform—is the precondition for expanding opportunity. Republicans have many solid ideas for fostering growth, from tax reform to revisiting outdated regulation. What they need to appreciate better is that as important as growth is, it is not enough.

We must also make sure that work pays better than non-work, so that people on the margins of our economy benefit from growth. And we should remember that a healthy marriage culture is necessary for our national success—which ought to mean that we end marriage penalties in our welfare programs. And while Republicans are eager to cut taxes for investing in stocks, they should be just as quick to offer tax relief to parents who are investing in the next generation.

A Republican opportunity platform should also include an education agenda that encourages innovation. Parents should be given more control over the resources spent on their children and over the courses they take. In addition, parents and those struggling in the job market need to believe that they have affordable, flexible higher education options that work for them and their children. We need to encourage creative financing alternatives that will apply downward pressure on the skyrocketing cost of education across the board. And while bricks-and-mortar colleges may work for some, conservatives should encourage new entrants to the market by breaking up the higher-education cartel. A robust education market will better meet the diverse needs of workers and their employers, and Republicans should do all they can to encourage apprenticeships and other work-based learning programs that create economic opportunity for those Americans who need it most.

While Republicans are eager to cut taxes for investing in stocks, they should be just as quick to offer tax relief to parents who are investing in the next generation.

In order to get ahead, Americans need a health care system they can depend on and afford. Republicans have been slow to address this issue, but more and more of them now see that Obamacare has created an opportunity for us to stand for a system that is both cheaper and more respectful of consumer choice. Everyone should have the opportunity to buy insurance policies that at least cover catastrophic health expenses—but nobody should be forced to buy policies with features they do not want, or for that matter to buy policies at all.

Our immigration system needs to adapt to today’s circumstances, too, by emphasizing skills, assimilation, and the rule of law. We should welcome legal immigrants, but we should select those high-skilled immigrants our economy most needs. And we should enforce our immigration laws at the border and the workplace before we consider offering legal status for people who are here illegally.

Republicans have to meet new challenges by asserting old principles in another area: Religious liberty is increasingly in peril from liberals who couple a narrow view of it with an expansive view of government. We should make the case for going as far as possible to let people act on their consciences. We should make that case with charity and without bitterness toward our opponents; but we should not retreat.

Nor should we retreat when it comes to defending the Constitution in general. Republicans should continue to demand courts that recognize a distinction between their job and that of legislatures and presidents who do the same.

And they should fight for the right to life of unborn children. Americans have divergent views on that right, to be sure. But most of us can agree that babies should be protected at twenty weeks of pregnancy. Republicans should work to make that consensus law, and build from there.

My hope is that this populist, nostalgic fever will soon break, and the Republican Party will return to its ideological home as a conservative party. Both Democrats and Republicans are running low on new ideas, but conservatives have more room to grow. Liberalism is committed to centralized planning and one-size-fits-all, government mandated solutions. Conservatism is committed to diffusing decision-making, embracing market forces, breaking down barriers to entry, and giving people more information and choices. This gives our party a huge advantage, if we’ll seize it.

Left: The Republican Party is about to nominate the least conservative man it has chosen for president since the modern party was created. Photo by Stephen Lam/Reuters

April Ponnuru is a senior advisor at the Conservative Reform Network, where she focuses on developing and promoting conservative policy reforms. Previously she was an advisor to Jeb Bush’s presidential campaign.