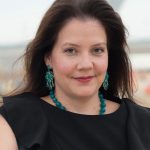 Column: The Republican Party needs to revisit its first principles

In the decades after World War II on through the triumph of the Reagan revolution, the Republican Party enjoyed electoral success in large part by uniting disparate groups that wanted to fight communism. Some viewed the aggressive Soviet Union as a major geopolitical threat, others as an economic threat to free markets, and still others as a threat to religious beliefs and the social order.

This common enemy also helped Republicans frame what they were for — strong American foreign policy, free markets and religious liberty. Even Americans less interested in the particularities of communist philosophy could support these universal goods. It was a solid and winning message.

And it worked. By the late 1980s, the Soviet Union broke up, and the Berlin Wall came down. The demise of the U.S.S.R. was a human rights victory long overdue. However, Republicans were victims of their own success politically – the demise of the Evil Empire left them without a common enemy. And the lack of enemy has been a factor in its uneven electoral success.

They’re not doing poorly at all.

Still, a new common “enemy” can help clarify what it means to be Republican, and if it’s a message that can somehow encapsulate the best parts of what presumptive nominee Donald Trump is selling, it could provide much needed cohesion heading into the election.

Looking around at our ever-expanding, omnipresent federal government, it’s easy to see that the new enemy has chosen itself: totalitarianism.

Looking around at our ever-expanding, omnipresent federal government, it’s easy to see that the new enemy has chosen itself: totalitarianism. We usually think of totalitarianism as affecting other countries, but political theorists have long warned of its possible rise in democratic republics such as ours.

The United States is a blessed country. Its citizens have more material goods and live longer than they did in previous generations. But much of that wealth correlates with a loss of meaningful ties that bound us in less prosperous times.

The intact family is increasingly rare. Community-based jobs have been replaced by the effects of globalization. And massively expanding federal, state and local bureaucracies are encroaching on the expression of culture, religion, economic activity, families, education, and other means by which individuals express themselves.

Financially, we’re well off. In other ways, we’re suffering. And we have the drug addiction, suicide rates, and socio-economic strife to prove it. American sociologist Robert Nisbet said totalitarianism is a process of the annihilation of individuality, beginning with the erosion of social relationships. Without ties to family, friends, and community, people look to the government for help and validation. This isolation and alienation allows the state to control us.

“To destroy or diminish the reality of the smaller areas of society, to abolish or restrict the range of cultural alternatives offered individuals by economic endeavor, religion, and kinship, is to destroy in time the roots of the will to resist despotism in its large forms,” he wrote in Quest for Community.

Families break down as a result of a sexual revolution we insist on treating as an unalloyed good, all evidence to the contrary. Bureaucracies tell people how little they can practice their religion outside of their sanctuary walls, or how little control they have over their child’s education, or how little they can determine how to run a family business. Corporations are increasingly tied to a government that bestows favors on those who adopt a rigid set of doctrines set by the state. And our media frequently give the impression there’s only one correct side to an argument, ostracizing or belittling those with different opinions.

You don’t need to be a conservative to wish that we lived in a country that permitted greater individual variety and expression.

You don’t need to be a conservative to wish that we lived in a country that permitted greater individual variety and expression. It’s a message many Americans are hungry to hear, no matter their personal economic or social views.

The way to broaden the message of the Republican Party, without losing core voters or principles, is simply to revisit — and emphatically restate — our first principles.

Emphasize the Declaration of Independence’s radical defense of self-government and natural rights as opposed to both parties’ current message asking to hand over more power to the state.

Emphasize the Constitution’s brilliant balance of powers that keeps the impulses of the imperfect men and women serving in government in check. Much of our domestic strife is due to courts that wish to legislate hot-button issues never even imagined by Constitutional drafters that should instead be decided by we, the people. A few presidents in a row who objected to constitutional limits on their authority haven’t helped. And Congress has been avoiding responsibility for legislating for so long it’s hard to remember if they ever did. Condemn these violations of the Constitution and build support for a nation of laws, not men. After all, it’s a free country–and the Republican Party is uniquely positioned to remind people what that really means.

It’s a free country–and the Republican Party is uniquely positioned to remind people what that really means.

And at this time when college campuses are actively fighting free speech and free association, Republicans should emphasize that theirs is the party of the First Amendment and the entire Bill of Rights. Support for religious liberty, free speech and free association might not be popular in academia, the media, or the halls of government, but these principles are certainly popular in the rest of country. They just need some statesman and other leaders to defend it.

Mollie Ziegler Hemingway is a senior editor at The Federalist. A longtime journalist, her work has appeared in the Wall Street Journal, USA Today, the Los Angeles Times, the Guardian, the Washington Post, CNN, National Review, GetReligion, Ricochet, Christianity Today, Federal Times, Radio & Records and many other publications. Mollie was a 2004 recipient of a Phillips Foundation Journalism Fellowship. Reach her at mzhemingway@thefederalist.com