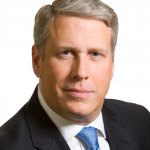 While Obamacare has been politically polarizing from the beginning, the broader public opposition to the law is not driven mainly by partisan animus.

If that were the case, opposition would have diminished at least somewhat over the last six years. Certainly that is what Obamacare’s supporters expected would occur.

Yet clearly that is not what has happened.

Obamacare’s basic construct is to take control of private health plans and convert them into off-budget extensions of federal programs.

Rather, the “why” of repeal primarily stems from public opposition to the law’s basic construct, reinforced by people’s negative experiences with the law’s consequences.

Obamacare’s basic construct is to take control of private health plans and convert them into off-budget extensions of federal programs.

The architects of Obamacare implemented that construct by imposing on private health plans new coverage requirements such as “essential benefits,” “preventive services,” and limits on plan cost-sharing.

They also enforced cross subsidies—such as limits on age rating, minimum actuarial value standards, and minimum employer contributions—and imposed mandates on individuals to purchase coverage and for employers to offer it.

Yet, large swaths of the public do not, in fact, want their private health coverage turned into a regulated public utility.

Furthermore, that opposition has grown and hardened as more Americans personally experience negative effects from the law, such as higher premiums and deductibles and reduced plan choices and provider access.

Making matters worse, Obamacare destabilized the individual insurance market by allowing people to wait until they need medical care to enroll in coverage. The resulting adverse selection further drove up premiums, as the law’s “carrot-and-stick” approach of low-income subsidies coupled with a fine for not buying coverage failed to enroll enough healthy individuals.

In short, the “why” of repealing Obamacare is the need to undo the law’s regulatory takeover of private insurance and to reverse its cost-increasing effects. Viewed from that perspective, the “what” in the House bill, even in its latest iteration, still misses the mark.

While the current legislation would repeal several of Obamacare’s insurance regulations—such as the age-rating restrictions that artificially increase premiums for young adults—it still leaves in place a number of the law’s federal coverage mandates.

Aside from the costs that they add to premiums, the coverage mandate provisions are the centerpiece of Obamacare’s regulatory commandeering structure. Fundamentally, they are a shift in control over health plan design to the federal government.

As long as they remain in place, they not only preempt the ability of states to better regulate their insurance markets, but also serve as the scaffolding for additional federal requirements to be imposed on private health plans in the future.

Furthermore, the House bill also does not adequately remedy the adverse selection problems created by Obamacare.

What is needed is for the legislation to make the ban on pre-existing condition exclusions contingent upon individuals maintaining continuous coverage—the same rules that Congress established for employer group coverage 15 years before Obamacare.

That is the best way to reward responsible people who do the right thing, while dissuading the less responsibly inclined from waiting until they need medical care before enrolling in health insurance.

This piece originally appeared in The Daily Signal

For more perspectives on health care, view our continuing coverage of the American Health Care Act.

Left: A Kentucky voter holds a "repeal healthcare" sign at a rally for Mitch McConnell (R-KY) in 2014. Photo by Luke Sharrett/Getty Images