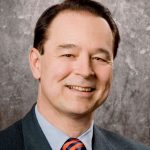 In my circles, Donald Trump’s policy agenda was viewed dimly: throughout the campaign it seemed that his main commitments were to block trade, stop immigration, deport 11 million people, and ban Muslims from the country.

I myself wrote about his “insults, secret plans, and a promise to kick everybody else’s ass,” right after seeing him speak in the summer of 2015, and I contributed to National Review’s “Against Trump” cover story. Still, if I could admire Hillary Clinton’s secret support for “a hemispheric common market, with open trade and open borders,” I can find the occasional nugget in Trump’s basket of deplorable policies.

Trump had many policy positions on his website, from child care to cybersecurity. Many of them never seemed to really hold his attention.

But he did return repeatedly to some interesting ideas about foreign policy that were different from the usual Washington talk in both parties. He was wildly inconsistent, sometimes talking about torture, illegal orders to the military, and a determination to “take the oil.” But he correctly pointed out that our current foreign policy hasn’t worked very well. And indeed he had made a similar point in a full-page ad in the New York Times in 1987.

That’s an aspect of the 2016 campaign that hasn’t gotten enough attention: Republican voters nominated and elected a candidate who rejects the bipartisan Washington commitment to global interventionism.

So let’s identify three policies Trump advanced that he ought to stick with in the White House:

The promise that “war and aggression will not be [the president’s] first instinct.”

That ought to go without saying. But we’ve been involved for the past 25 years in a seemingly endless war in the Middle East, and there’s no end in sight. Wars that began with limited purposes – to block Saddam Hussein’s takeover of Kuwait, and to retaliate against al Qaeda and the Taliban in Afghanistan for the 9/11 attacks – have metastasized into a region-wide campaign of regime change and nation-building. A president who rose to power on the strength of an antiwar speech and who received a Nobel Peace Prize on spec will leave office having bombed seven countries and with the two longest wars in American history still running.

That’s an aspect of the 2016 campaign that hasn’t gotten enough attention: Republican voters nominated and elected a candidate who rejects the bipartisan Washington commitment to global interventionism.

In that world, the understanding that “caution and restraint are really truly signs of strength” would be a welcome change.

“We must abandon the failed policy of nation building and regime change that Hillary Clinton pushed in Iraq, Libya, Egypt and Syria.”

As Jeffrey Sachs wrote recently, the past quarter century “has therefore been marked by a perpetual U.S. war in the Middle East, one that has destabilized the region, massively diverted resources away from civilian needs toward the military, and helped to create mass budget deficits and the buildup of public debt. The imperial thinking has led to wars of regime change in Afghanistan, Iraq, Libya, Yemen, Somalia, and Syria, across four presidencies.”

Foreign policy elites in both parties think this record hasn’t been assertive enough, especially in Syria. Establishment think tanks are churning out recommendations for the Hillary Clinton administration to take more aggressive military action in the Middle East and on Russia’s borders. These were the same people and organizations that either actively cheered on the war in Iraq in 2003, or were silent. President-elect Trump needs to bring new voices into his administration.

Trump repeatedly suggested that NATO, the keystone of U.S. global interventionism, is obsolete. He also declared that the United States “cannot be the policeman of the world” and that it is time for Japan and Korea to assume more responsibility for their own defense.

NATO was created in 1949 to defend war-ravaged European nations from a Soviet Union that had extended its control over much of central Europe. As we approach the alliance’s 70th anniversary, it’s surely time to consider whether NATO is indeed, as my colleague Ted Galen Carpenter writes, “an obsolete security arrangement created in a vastly different era to meet an entirely different security situation.” The foreign policy establishment, including Hillary Clinton, sharply attacked Trump’s position. But now that the heat of the election is past, we should have a real debate on the value of far-flung alliances to American security.

Foreign policy elites remain committed to global interventionism. But voters don’t like these endless wars. And for all of Republican politicians’ insistence on a robust and more costly military, Republican voters aren’t keen on constant intervention.

As neoconservatives and Republican senators beat the drums for military action in Syria, Republicans turned sharply against the idea — 70 percent against in September 2013.

Perhaps most broadly, a massive Pew Research Center survey in December 2013 found that 52 percent of respondents said the United States “should mind its own business internationally and let other countries get along the best they can on their own.” That was the most lopsided balance in favor of the U.S. “minding its own business” in the nearly 50-year history of the measure. That number dipped to 43 percent in 2016, but a similar question – whether the United States should “deal with its own problems and let other countries deal with their own problems the best they can” — found 57 percent agreement in 2016, and 62 percent of Republicans.

Candidate Trump never presented a coherent 21st-century foreign policy. But he did repeatedly raise some important concerns, and he proved that Republican voters – and perhaps even, or especially, military veterans — aren’t reflexively hawkish. His administration should broaden the foreign policy debate to include these questions.

And maybe there’s one more idea that ought to survive from the 2016 campaign. It wasn’t Trump’s idea, or Clinton’s. But the prospect that Trump will acquire the awesome powers of the modern presidency – and the fact that Hillary Clinton could have – should inspire both Democrats and Republicans in Congress to start reasserting their authority and obligations under the Constitution. Sen. Tim Kaine, his profile elevated by being Clinton’s running mate, has been a leader in the Senate for reining in presidential warmaking; he should return to the Senate even more determined to insist that only Congress can take the country to war.

David Boaz is executive vice president of the Cato Institute and author of The Libertarian Mind (Simon & Schuster, 2015).