When it comes to Trump, what do voters care about?

We know that voters who supported President Donald Trump wanted a shake-up in Washington. So, nearly four months into his first term, how do they like what they’re seeing? And which recent headlines may have affected voters? Let’s turn to a simple go-to metric: approval rating.

Some stories that were massive in Washington did not seem to concern voters. For example, after his first national security advisor, Michael Flynn, resigned on Feb. 13 over his conversations with a Russian official, Mr. Trump’s approval rating remained steady for a week. But other stories did track with changes in his approval numbers. 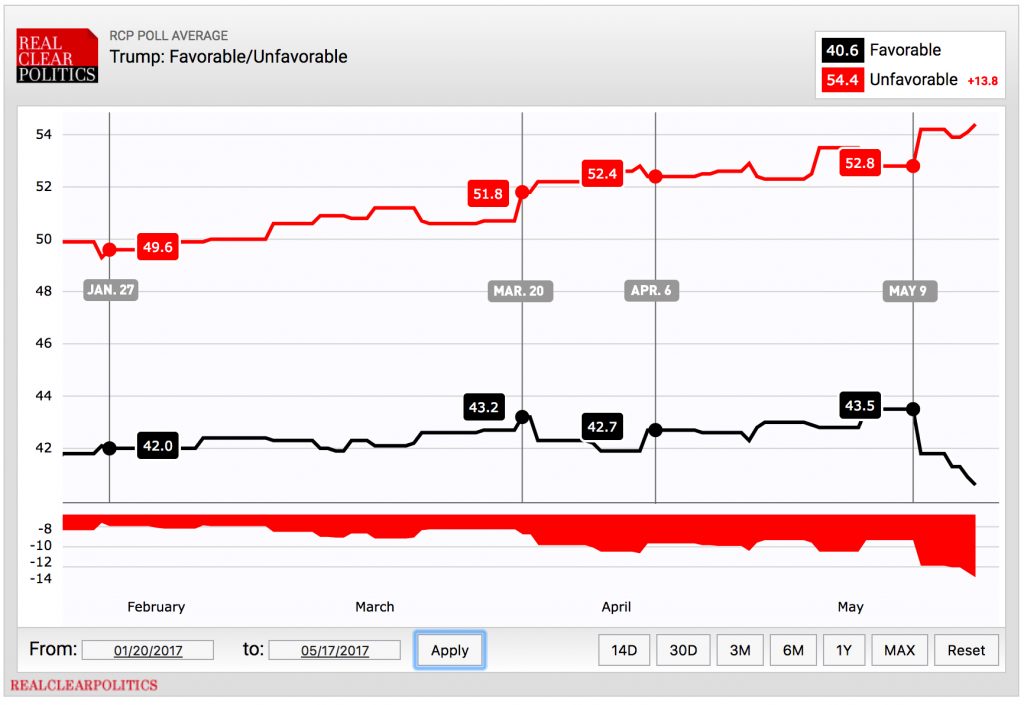 An early conclusion: Voters seem most affected by unexpected events with concrete outcomes that are directly tied to the president. But a reminder: Trump’s approval ratings during the election were poor forecasts of how he would do at the polls, so you never know.

Left: President Donald Trump speaks to reporters after his meeting with Russian Foreign Minister Sergey Lavrov at the White House in Washington on May 10, 2017. Photo by REUTERS/Kevin Lamarque