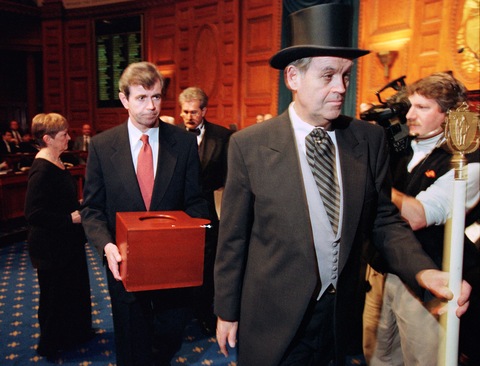 Eric Black is the national political reporter and analyst for MinnPost, a nonprofit news site serving Minnesota. You can read his series “Imperfect Union: The Constitutional Roots of the Mess We’re In“. 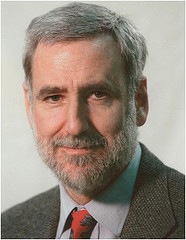 As yet another presidential election comes down to a mad scramble for a relative few undecided voters in Ohio and Florida (and a few other “swing states”), it’s OK to ask ourselves why and whether it’s really good for democracy. Specifically, is it a good thing that, as usual:

The system makes so little 21st (and really 19th or 20th) century sense that as scores of new nations have made the transition to democracies, and as they studied the varieties of democratic systems already in existence, none have adopted the Electoral College model for choosing a president.


In fact, if the Electoral College system wasn’t in the Constitution, it would almost certainly be struck down as unconstitutional because the apportionment of electoral votes violates the principle of one-person, one-vote.

At the Constitutional Convention of 1787, the framers wanted to create a powerful new executive branch — something that had been missing from the first national American government organized under the Articles of Confederation in the middle of the War for Independence. But the Philadelphia convention was stymied over how to choose a president.

The solution that would seem obvious to modern eyes — hold a national election and whoever gets the most votes take office — seemed unimaginable to most of the framers.
The framers were smart and well-intentioned, but had plenty of blind spots. They were leery of too much democracy, which is why only one of the four power centers they created (the House of Representatives) was to be directly elected.

The more often overlooked blind spot that led to the Electoral College system was the framers’ thoughts — or lack of thoughts — about political parties. The framers didn’t foresee the development of national political parties (even though the first two-party system took shape almost immediately after ratification). Without parties to nominate candidates and organize their supporters, without a national media, without a tradition (which didn’t come for more than 100 years) of candidates traveling around the country begging for votes, the framers couldn’t picture how, after George Washington left the scene, there would be political leaders with sufficient national reputations among ordinary voters to support a national election.

The presidential electors were meant to solve that problem. They would be chosen (not directly by the voters but by the state legislatures) as members of the better-informed elite who would be more likely to know if there was a new but lesser-known leader of Washington’s caliber. In ways that might be difficult for modern Americans to grasp, even the well-informed electors might not know that much about political leaders from other states. And the framers (especially the ones from smaller states) worried that the process would lead to the election of presidents from big states.

So the framers’ original plan required each elector to vote for two men for president — one of whom had to be from a state different from the elector. That provision, although modified by the 12th Amendment to allow electors to indicate which of their two choices is meant to be president and which vice president, is still in the Constitution. In fact, if it were strictly enforced, it would have prevented the Texas electors of 2000 and 2004 from voting for both George W. Bush and Dick Cheney, both of whom were really Texans at the time.

Of course, the party system came along and electors are no longer chosen for their wisdom or knowledge but for their loyalty to those parties. And they are not expected to exercise judgment about the relative merits of potential presidents (although every so often, one of them attempts to and is labeled as “faithless elector.”)

The framers also left it up to the states to decide whether to hold a popular election for president at all. In fact South Carolina, one of the 13 original states, never did so until after the Civil War.

The framers, by the way, did not impose the absurd winner-take-all system by which all but two states currently operate and which automatically awards all of a state’s electors to whichever ticket wins the popular. If (as Maine and Nebraska now do) states awarded an electoral vote to the winner of each congressional district and two bonus votes (representing the U.S. Senate seats of the state) to the statewide winner, the whole swing-state obsession would go away. It’s the winner-take-all aspect that leads the presidential campaigns to pay attention only to states that might go either way.

The framers, of course, weren’t thinking about tickets, or political parties and certainly not the mind-numbing complexities of the campaign finance system and the challenge of apportioning the onslaught of late spending across TV markets to maximize the impact of 30-second attack ads. But the system they gave us, as amended and especially as evolved, leads directly to that spectacle.

Polls for many years have reliably shown that a majority of Americans would prefer a straightforward popular vote for the presidency. But that can’t happen without a constitutional amendment. A group called National Popular Vote has figured out a scheme to get around the problem by encouraging states to pass a law in which they pledge to award all of their electoral votes to whichever candidate wins the national popular vote. So far, nine states — including California, the biggest prize — have done so. The nine account for a combined 132 electoral votes, almost half of the 270 necessary to win an election.