Democrat Joe Biden has won Arizona and its 11 electoral votes, flipping a critical battleground state that Donald Trump won four years ago and that could help determine which candidate wins the presidency.

The victory by Biden was a huge blow to Trump’s chances for reelection. Arizona has backed a Democratic presidential candidate only once in the last 72 years.

Biden’s campaign had focused on Arizona as part of its expanded battleground map through the Sun Belt, citing demographic changes, new residents and realignment away from Republicans among key suburban voters. 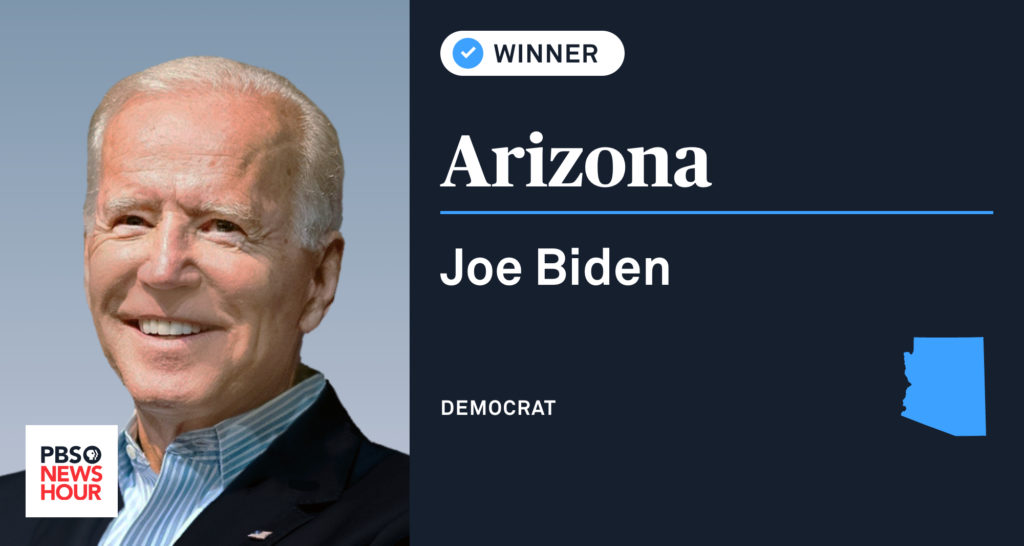 Arizona is among the more than half a dozen states that will help determine which candidate gets the 270 electoral votes to capture the White House.

Biden’s massive advantage in campaign cash allowed him to put Trump on defense across the country and work to build an unstoppable lead in the Electoral College.