WASHINGTON (AP) — Democrat John Hickenlooper has defeated Republican Sen. Cory Gardner in Colorado. It’s the first seat that the Democrats have picked up on election night.

Colorado is a state that’s shifted strongly to the left since Gardner’s election to the Senate in 2014.

Hickenlooper is a popular former two-term governor who repeatedly tied Gardner to President Donald Trump during the race. 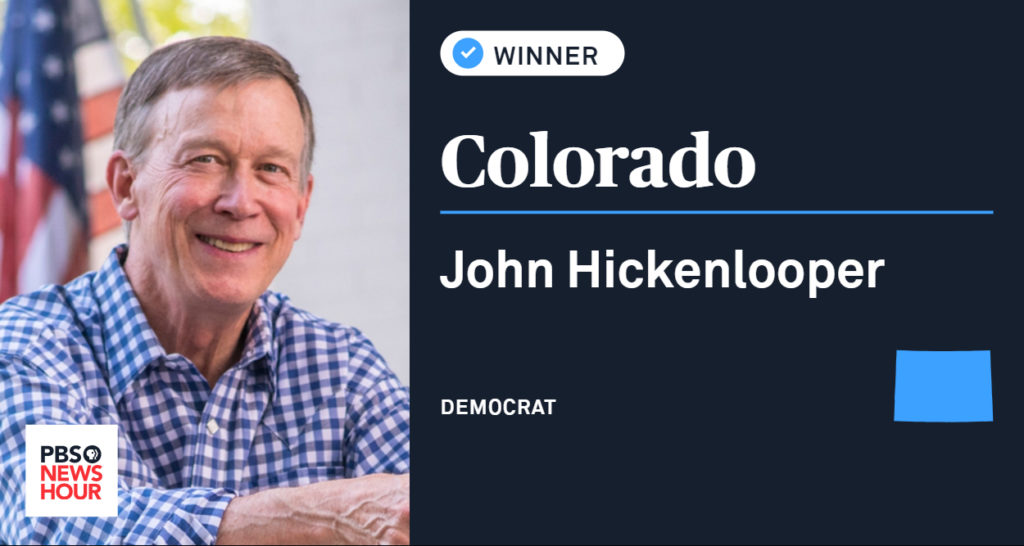 Gardner promoted his work on a sweeping public lands bill, a national suicide prevention hotline he launched and various federal dollars he secured for Colorado. But he avoided criticism of the president and struggled to distinguish himself from Trump’s words and policies.

Democrats have won every statewide race since Gardner’s election, with the exception of a board of regents position in 2016.

How the U.S. has stepped up fight against foreign disinformation