PITTSBURGH — In the year’s first congressional race, Republican and Democratic candidates in suburban Pittsburgh said Monday they oppose banning weapons like the semi-automatic rifle used in Florida last week to kill 17 students and teachers at a high school.

Conor Lamb, a 33-year-old Democratic former prosecutor, said background checks need to be improved. Most of the crimes he has seen have been committed with handguns by people who are not allowed to have them, he said.

“We’ve seen too many of these shootings happen because somebody fell through the cracks,” Lamb said.

Rick Saccone, a 60-year-old Republican state lawmaker, said existing laws need better enforcement and underlying societal problems like the breakdown of the family and culture of violence need to be addressed. “There were many laws broken by this individual,” he said of the Florida shooter. 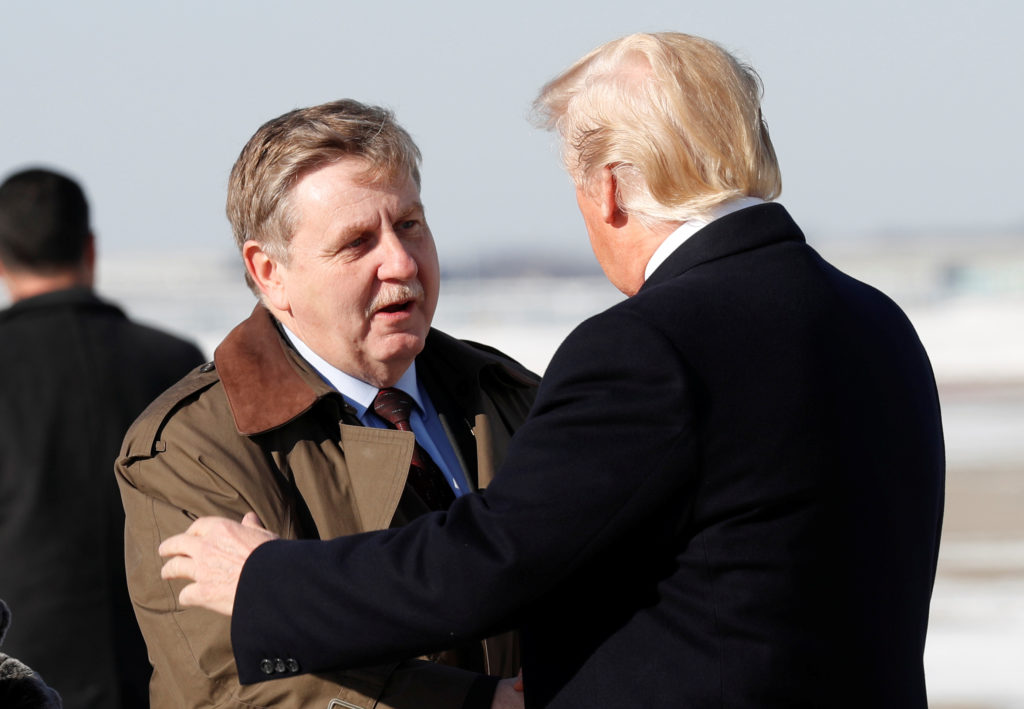 In an hour-long debate, the candidates often disagreed, especially on each other’s credentials.

Saccone said Lamb lacks the experience needed to govern, with no proven track record and just rhetoric. That includes his opposition to the recently approved tax cuts, which Saccone said have put money in the pockets of middle-class taxpayers and small businesses.

Lamb said Saccone is a rubber stamp for President Donald Trump’s administration, which has proposed hundreds of billions of dollars of budget cuts for Medicare and Medicaid. That is to offset the $1 trillion increase in the national debt that the tax cuts will create with 90 percent of those benefits going to the wealthy and corporations, including those that are funding Saccone’s candidacy with “dark money,” Lamb said.

“That’s on the floor of Congress right now. Mr. Saccone will be for it and I’ll be against it,” Lamb said of the program cuts.

Saccone said he is for saving the medical benefits system and reforming it so it works for everyone. “I’ve never supported Medicare cuts or Medicaid cuts,” he said.

Saccone said his opposition to abortion is based on protecting life, not religion.

“I do believe in the separation of church and state, but that has been misconstrued to mean that God has to be sanitized from our public life,” he said.

Lamb, a practicing Catholic, said the abortion question comes down to who can best make those decisions.

“I believe that the best people to make them are women in consultation with their family, their doctors and their faith communities, not the government,” he said.

The seat is open because the anti-abortion Republican who held it, Tim Murphy, quit last fall after his hometown newspaper reported he had suggested a mistress get an abortion when they thought she might be pregnant. The congressional district, won easily by Trump in the 2016 presidential election, includes parts of four counties mostly south of Pittsburgh.

The election is March 13.