Democratic Dustbowl: The End of the Prairie Progressives? 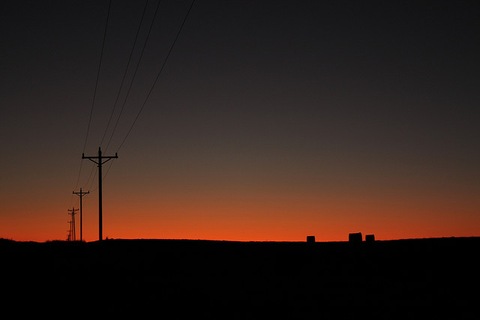 “Tea Party tidal wave,” “historic election,” “political realignment”: there have been a lot of overblown claims about the scope of this midterm election but as Nov. 2 recedes a bit, some clearer and still potentially troubling realities appear to have taken hold for Democrats.

It is true, as Patchwork Nation wrote last week, that many of the districts they lost last Tuesday “were never good fits for the Democrats” – Christian Conservative districts in the South and Booming Growth areas reeling from the recession.

But another possible long-term trend played out that night – the drying up of Democratic support in the plains and rural America., in the districts Patchwork Nation calls Small Town America.

“In a bloodbath of a night for Democrats, the most gruesome returns came in from rural America,” Ben Smith and Jonathan Martin wrote in Politico the morning after the election. “They lost the overwhelming number of gubernatorial and Senate races in the South, Midwest and interior West.”

It was a trend that was developing throughout the fall and had Democrats deeply concerned before election night. But it was also a trend that they had been fighting for decades. Most of the state legislators from these Small Town Districts had been Republican for decades, but moderate Democrats who brought home federal dollars — but stayed on the right side of the caucus — could not just win election, but do so handily.

The End Was Neigh

But in 2010, the mood shifted in these districts. Anger over federal bailouts of financial institutions – a bank has never been a popular institution in farming communities – and what was seen as reckless federal spending turned the ability to bring home federal dollars into a politically toxic asset.

“I’m disgusted with the entire party,” Cliff Wehrman, a North Dakotan who had supported Pomeroy in past elections told The Wall Street Journal back in September. He was deeply angry about the stimulus spending, saying, “Who do they think is going to pay for all this?”

And it was that anger that rained down on Democrats last week in rural America. Not despair over the recession – this region has fared better than any other in recent years – not Tea Party euphoria, but “small-c” conservative economics. People in this region want you to invest carefully and live within your means and they saw a federal government doing neither of those things. These were the areas that received almost no money in the federal bank bailout and little of the foreclosure crisis has touched these areas.

The verdict from these voters was that Democrats – whether veteran 18-term congressmen or first-term governors – were guilty on all counts. By our tally of the 17 Small Town Districts in this country, the Democrats now control two having lost five last week. In the Senate, four (North Dakota, Wisconsin, Illinois and Arkansas) of the six seats Democrats lost were in states with strong rural voting blocs.

Unlike the seats that Democrats had just captured in the last two election cycles, these areas and adjacent districts, like Ike Skelton’s in Missouri, are where many of the veterans of the campaign went down in flames.

The question is have the Democrats lost these districts for good?

The ticket to re-election before this year had been pretty straightforward for Small Town district Democrats: stay conservative on social issues, protect agricultural interests and deliver federal spending to these sparsely populated regions. And in the Dakotas and Minnesota they did that. Take the stimulus bill. According to analysis by ProPublica, South Dakota received the third most money per capita: North Dakota the fifth and Minnesota 15th.

While these now-lame duck members came under fire for federal spending, the reality is these regions of the plains always have brought in more money from Washington than they sent there in taxes. And many sectors rely on healthy federal spending on infrastructure and farming to stay strong.

What remains to be seen is will these new Republicans, many of whom ran against earmarks and federal spending, really work to make it harder for rural America to reap those federal benefits? And how will farming communities react if federal highway or farm subsidies begin to dry up? The answer to those questions could decide whether the remaining two Democrats representing Small Town districts – Collin Peterson in Minnesota and Mike Ross of Arkansas – will be the last of their kind.

Lee Banville is the former editor of the Online NewsHour and a digital strategy adviser to the NewsHour.