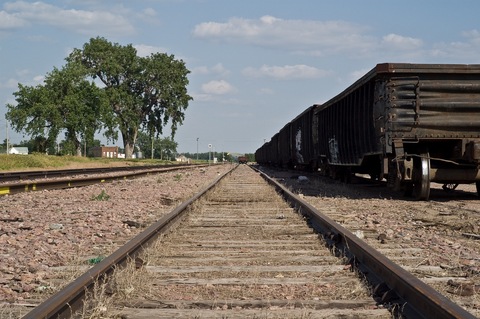 One trend that is becoming clearer as the midterms approach is that Democrats are struggling to hold on in the heartland. These big-in-size, small-in-population districts throughout the Midwest, known in our Patchwork Nation project as Small Town America districts, could deal Democrats a major blow in their efforts to retain control of the House.

Heading into the election, Democrats held seven of the 17 seats in this district type, winning many of them handily in past elections. But in four of those seven races (including the Dakotas’ two House seats, Ohio’s 16th District and the seat vacated by retiring Rep. Bart Stupak of Michigan), Democrats appear to be in trouble.

So what is happening in Small Town America? The answer appears different than other parts of the country.

Take the Dakotas, for example. Both statewide House seats are controlled by Democrats – nine-term incumbent Earl Pomeroy in North Dakota and three-termer Stephanie Herseth Sandlin in the South. Both are labeled by pundits as toss-up races.

Understanding why both may be in trouble this fall takes some careful scrutiny. Unlike so many parts of the country, both states enjoy some of the lowest unemployment rates in the nation: 4.1 percent in the North and 4.3 in the South. The housing crisis has also largely passed over these districts, according to Patchwork’s analysis of the foreclosure rates.

And both representatives have delivered the federal goods to their states. Herseth Sandlin helped South Dakota garner enough stimulus money to rank the state second per capita according to an investigation by ProPublica. And up until this year, both fared far better than their party’s presidential candidates. Although Obama and Kerry lost both states, Pomeroy and Herseth Sandlin were re-elected easily in the last two elections, winning by an average of more than 30 points.

But of course, even on the prairies of northern plains, 2010 is a different year and these two incumbents are facing national campaigns that have them in the cross-hairs.

Pomeroy appears the more in jeopardy at this point as his Republican challenger continues to pound him for deciding to vote for health care reform after initially opposing the Democratic bill.

“I felt we needed to do something about that, and the core achievements of this controversial bill is to make sure that even if you have a health condition you get coverage,” Pomeroy has argued. “It’s not a perfect bill. Improvements need to be made.”

But his opponent, state Rep. Rick Berg, has made repeal of “Obamacare” his top pledge and the subject seems to have bogged the incumbent’s campaign down.

“We’re working hard,” Pomeroy’s campaign chief told the Grand Forks Herald this week. “Earl’s going to be fighting tooth and nail to get his message out about working in an independent way to do what’s right for North Dakota.”

The story is even more complicated in South Dakota, where Herseth Sandlin has faced similar criticism, even though she voted against health care and several other key Democratic initiatives. Like other campaigns across Small Town America, Herseth Sandlin has been the target of significant out-of-state spending aimed at tying her to the Speaker Nancy Pelosi and President Obama.

Herseth Sandlin has had to fend off a recent ad buy and public campaign from her challenger, Kristi Noem, that she is too much tied to the national leaders of her party.

The Republicans, including a national group — The American Future Fund — has accused the three-term Democrat of voting with Pelosi more than 90 percent of the time and of giving President Barack Obama a grade of C for his handling of the economy.

Herseth Sandlin has countered that she is supported by the National Rifle Association and has been a clear independent during her tenure in Washington.

In both of these races, a clear theme has emerged from the Republican challengers: regardless of how your state is doing, the national Democrats are out of touch, spending too much and are forcing health care changes onto Small Town America. According to the GOP campaigns, a vote for the incumbent, no matter how what they have done in the past, is a vote for Pelosi and Obama. It is an effort to nationalize the race in an area not being hit as hard by the national economic challenges.

The Democrats are fighting back, arguing they are the kind of centrists Americans say they want to govern, but how effective that effort will be seems very much in doubt in these rural districts.

Lee Banville is the former editor of the Online NewsHour and a digital strategy adviser to the NewsHour.