Despite a year of bad news, most Americans remain optimistic about 2019

After a year marked by mass shootings, deadly natural disasters, and a contentious midterm election season, most Americans remain optimistic about what lies “ahead for the world” in 2019, according to the latest poll from PBS NewsHour, NPR and Marist.

“When people think about their personal lives, they’re certainly more optimistic. And when think about politics and news around them, they’re feeling more pessimistic,” said Barbara Carvalho, the director of the Marist Poll. 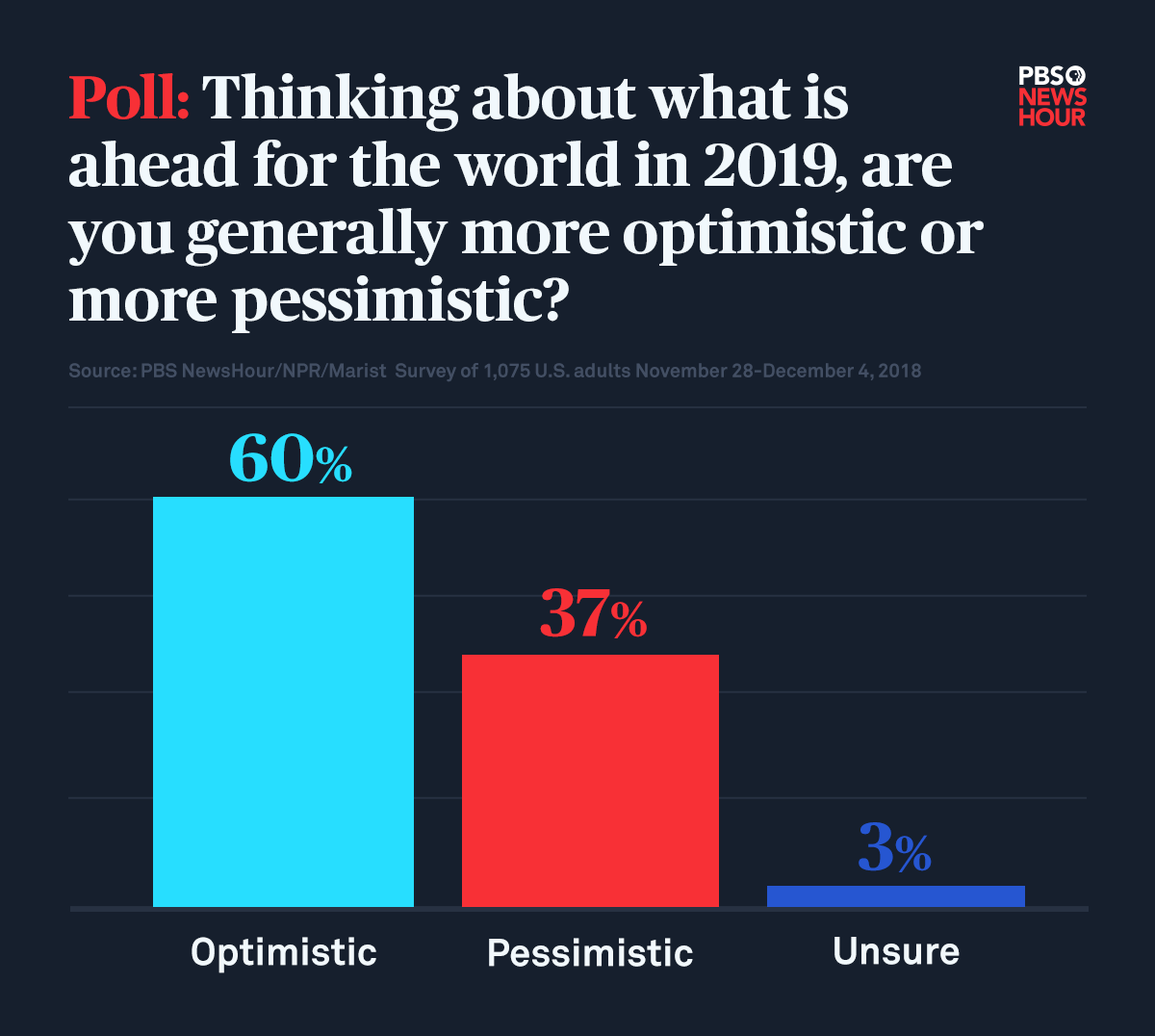 Respondents who were optimistic for 2019 mainly cited their family (40 percent) and jobs (15 percent) as reasons why. Among people who were pessimistic about next year, politics (64 percent) was the leading reason for concern.

The poll was conducted after the midterms but before the partial government shutdown started last week over President Donald Trump’s demand for $5 billion in border wall funding.

Nearly 380,000 government workers were furloughed over the holidays, and nearly 420,000 are working without pay as a result of the shutdown, which is approaching its one-week mark without a deal in sight.

The shutdown coincided with weeks of stock market volatility and high-profile departures from the Trump administration, including the resignation of Defense Secretary James Mattis.

According to the poll, which was taken before Mattis announced his departure, the state of U.S. politics has helped make younger adults more pessimistic than older Americans. Among Americans who are pessimistic about 2019, 72 percent of people aged 18 to 29 cited politics as the leading reason for feeling discouraged about next year, compared to 61 percent of people age 60 and over.

The survey also found that many Americans say they are willing to change their habits to improve their lives. Forty-four percent of American adults said they were planning to set New Year’s resolutions.

For those who made resolutions for 2018, 68 percent reported keeping them and 32 percent said they did not.

Left: Despite disasters and division in 2018, most Americans expect a better 2019. Photo by Joe Raedle/Getty Images