President Donald Trump has won the state of Utah.

The Republican nominee on Tuesday was awarded its six electoral votes.

Utah hasn’t supported a Democratic presidential candidate since Lyndon B. Johnson in 1964. 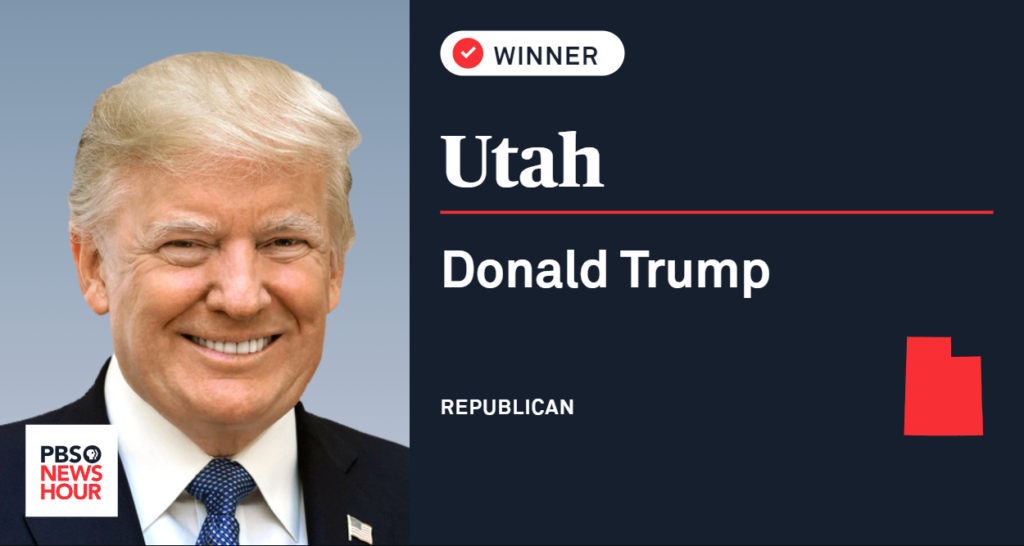 Trump won Utah in 2016, but independent candidate Evan McMullin had a strong showing in the state owing to widespread distaste of both Trump and Democrat Hillary Clinton. McMullin captured more than 20% of the vote.