Nearly two-thirds of Texas voters who showed up on Election Day backed President Donald Trump, while nearly half of all early in-person voters supported Joe Biden, along with 57 percent of Texas mail-in voters. Trump won a narrow majority in the state, as votes were still being counted nationwide. 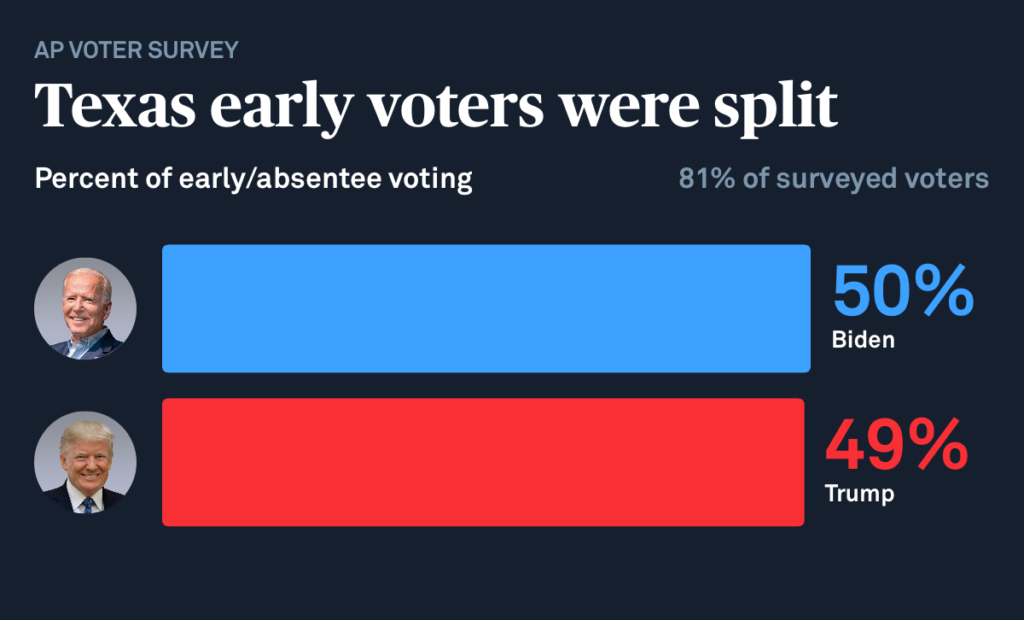 Texans registered to vote at historic levels in 2020, with an additional 1.8 million voters added to the rolls, the Texas Tribune reported. For example, 97 percent of all eligible voters had registered in Travis County, where the state capitol of Austin sits, despite the fact that the state scaled back access to mail-in ballot dropboxes. 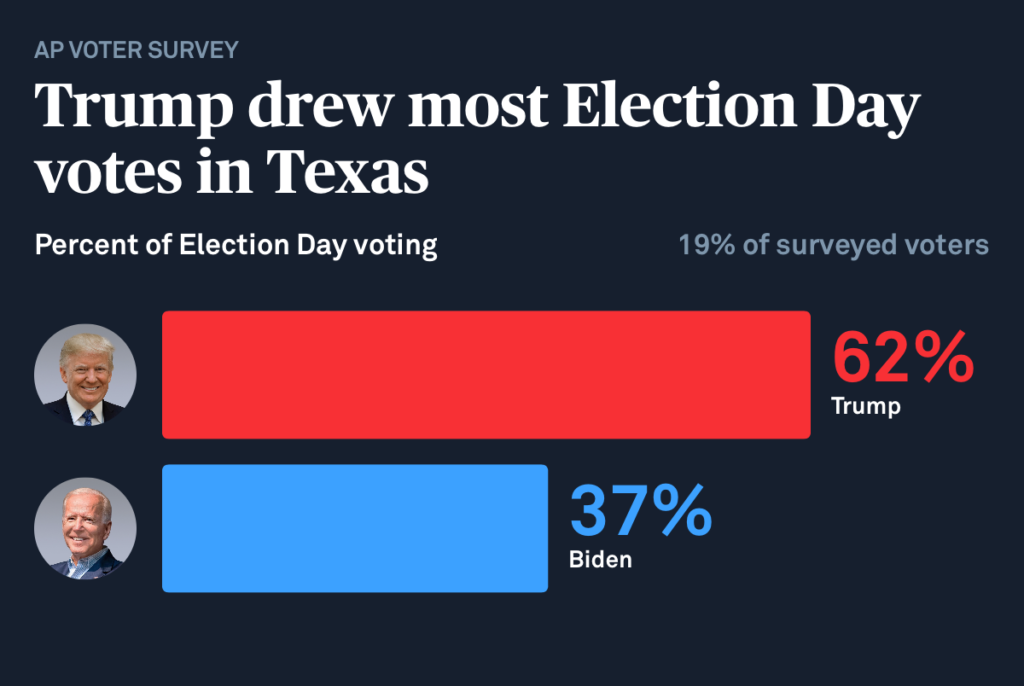