Rarely, maybe once or twice in most presidencies, do bills like this come along: one that could profoundly affect every American person and business for decades.

On Friday evening, Republicans released what they say is the final version of their “Tax Cut and Jobs Act.” Both the House and Senate plan to cast their votes early next week.

What is in the bill? Here is what officials from the House Ways and Means Committee and Senate Finance Committee told PBS NewsHour and other reporters Friday night, minutes before the public release.

(You can read the full final version here.) 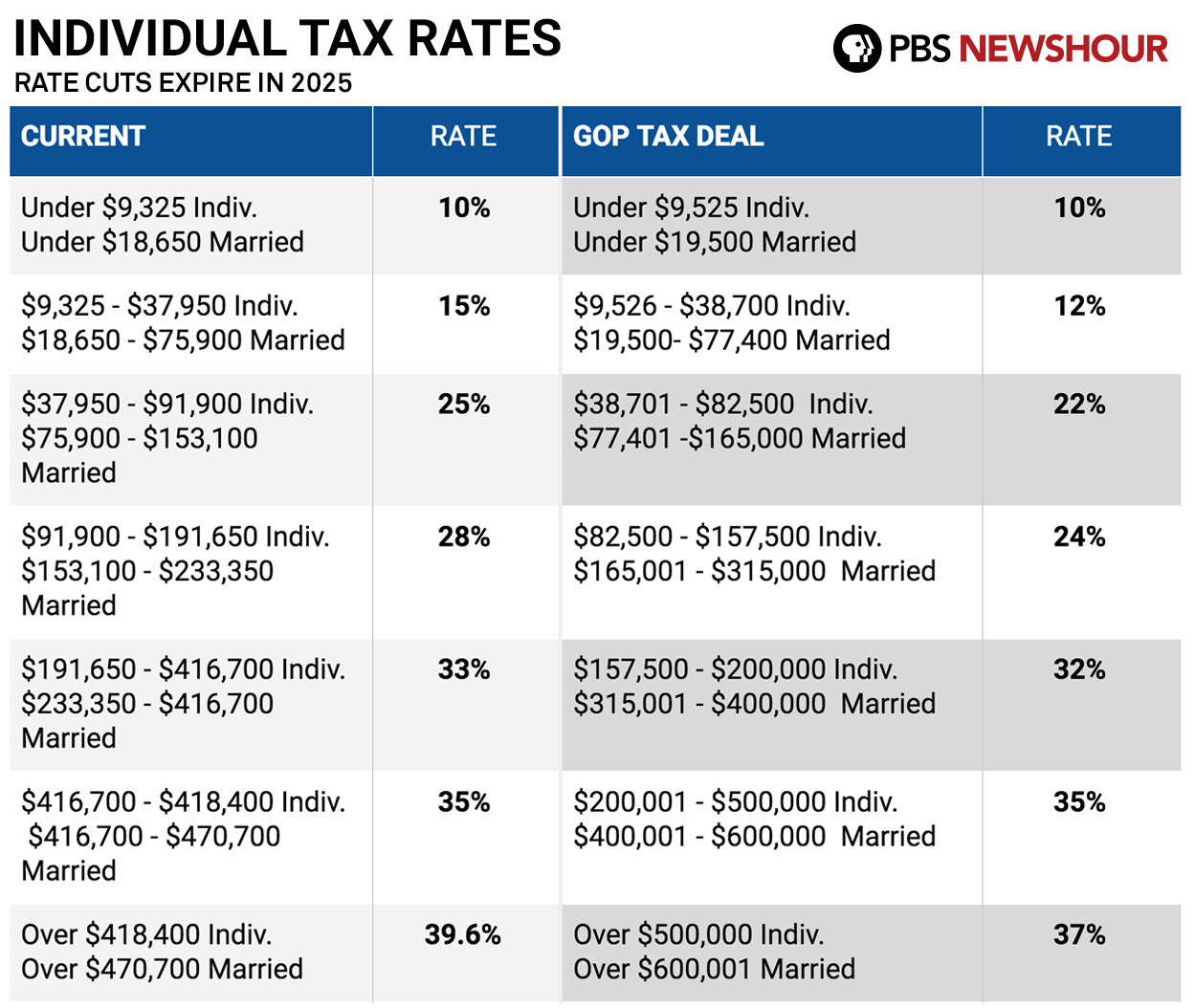