WASHINGTON — The 10 Republican presidential hopefuls who took to the stage for their first debate in Cleveland faced a daunting task in distinguishing themselves among a sprawling field of candidates. Along the way, they puffed up their own records in office and public life and veered occasionally from the truth.

A look at some of the claims in the debate and how they compare with the facts:

DONALD TRUMP on illegal immigration: “The Mexican government is much smarter, much sharper, much more cunning. And they send the bad ones over because they don’t want to pay for them.”

For the first time last year, the apprehension of immigrants from other countries outpaced those from Mexico. An increasing number have come from Central American countries like El Salvador, Guatemala and Honduras, spurred by poor economic conditions and high levels of violence in those countries.

READ: What does Donald Trump believe? 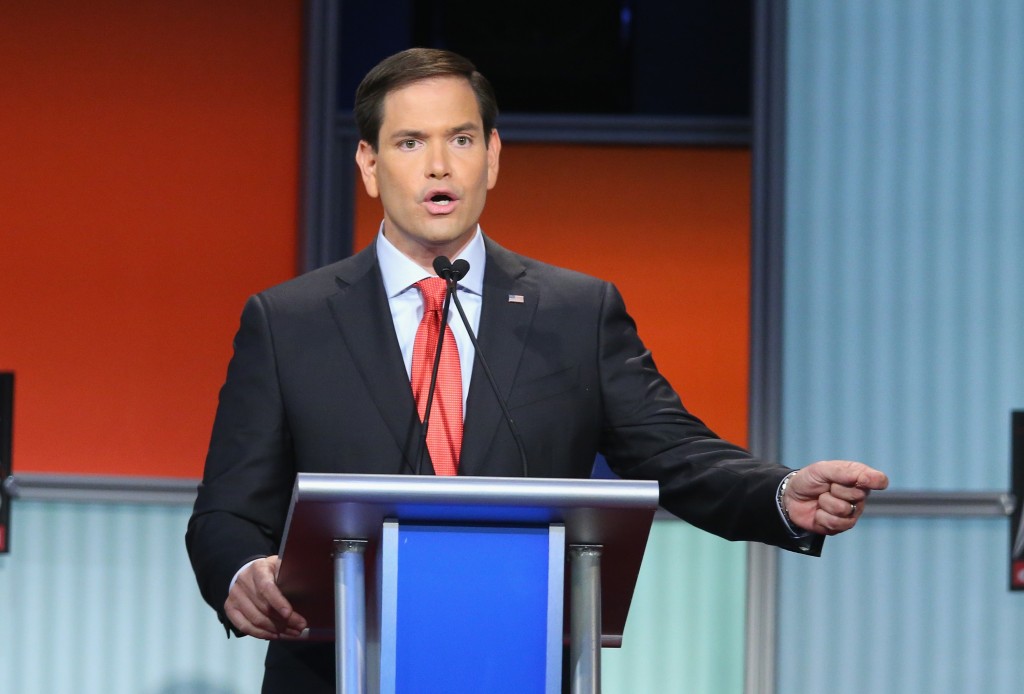 MARCO RUBIO, on allowing abortions for rape or incest: “I have never said that. And I have never advocated that.”

THE FACTS: He’s parsing his words. It may be true that Rubio has never said that publicly, but he’s supported legislation that included such exceptions.

In 2013, Rubio was one of 40 senators to co-sponsor a bill called the Pain-Capable Unborn Child Protection Act, which would have banned abortions after 20 weeks and set up a likely confrontation with the Supreme Court’s ruling in Roe v. Wade.

That bill contained a number of exceptions, including cases of rape or incest that have been reported to law enforcement or where the mother’s life is at risk. Rubio’s support for the overall bill, which never received a vote in the Democratic-run Senate of 2013, was widely perceived as support for rape and incest exceptions.

READ: What does Marco Rubio believe?

JEB BUSH, on his goal of 4 percent economic growth: “We can do this.”

THE FACTS: Most economists say the U.S. under any president is unlikely to grow consistently at even close to 4 percent, largely due to the difficulty of overcoming decades-long trends.

Current forecasts put growth averaging half the rate of Bush’s goal. To grow the economy faster, the country must either add more workers or increase their efficiency so their time on the job generates more income. The retirement of the baby boom generation will shrink the number of workers in the economy, making a huge increase of new employees unlikely.

Only four of the 16 presidential terms since World War II have experienced annual economic growth averaging more than 4 percent after inflation, according to research published last year by Princeton University economists Alan Blinder and Mark Watson.

READ: What does Jeb Bush believe?

CHRIS CHRISTIE: “We brought the budget into balance with no tax increases.”

THE FACTS: Not exactly.

As New Jersey’s governor, Christie in his first term cut the earned income tax credit, which largely benefits low-income workers, from 25 percent of the federal credit to 20 percent. He surprised Democrats this summer by proposing to bring it up to 30 percent. Democrats quickly approved the change.

Christie also repeatedly delayed implementing the Homestead credit program, which grants property tax relief, even as he capped property tax increases overall. He also extended the sales tax on online purchases to out-of-state retailers and pushed for higher taxes on e-cigarettes, but failed.

So while Christie indeed vetoed a number of proposed tax increases, his record isn’t free of hikes in taxes or their close cousin: fees.

READ: What does Chris Christie believe?

TRUMP: “If it weren’t for me, you wouldn’t even be talking about illegal immigration.”

THE FACTS: Republicans have been talking about immigration for at least 30 years, including former President George W. Bush and the Republican field in the 2008 and 2012 presidential elections. In 2013, an immigration overhaul seeking to address illegal immigration passed the Senate with strong Republican support, although the House never took it up. And Republican debate about immigration has only intensified in the wake of President Barack Obama’s sweeping executive action shielding from deportation millions of immigrants in the U.S. illegally.

BUSH: “You get rid of Obamacare and replace it with something that doesn’t suppress wages and kill jobs.”

THE FACTS: According to the Labor Department, the unemployment rate was 9.9 percent in March 2010, when Obama signed the Affordable Care Act. In June of this year, it had fallen to 5.3 percent. The economy has added more than 12 million jobs since March 2010.

While the health care law doesn’t seem to have had a major impact on jobs, some lesser consequences are likely. The Congressional Budget Office projected that having government subsidized health insurance will prompt some people to leave the labor market, since they can get coverage without a job.

And although Republicans may be able to repeal Obama’s law, it’s unclear if and how they would replace it. The party has yet to rally behind a plan of its own, partly because of internal ideological differences. Some Republicans say it would be the 2016 presidential nominee’s job to forge a consensus. 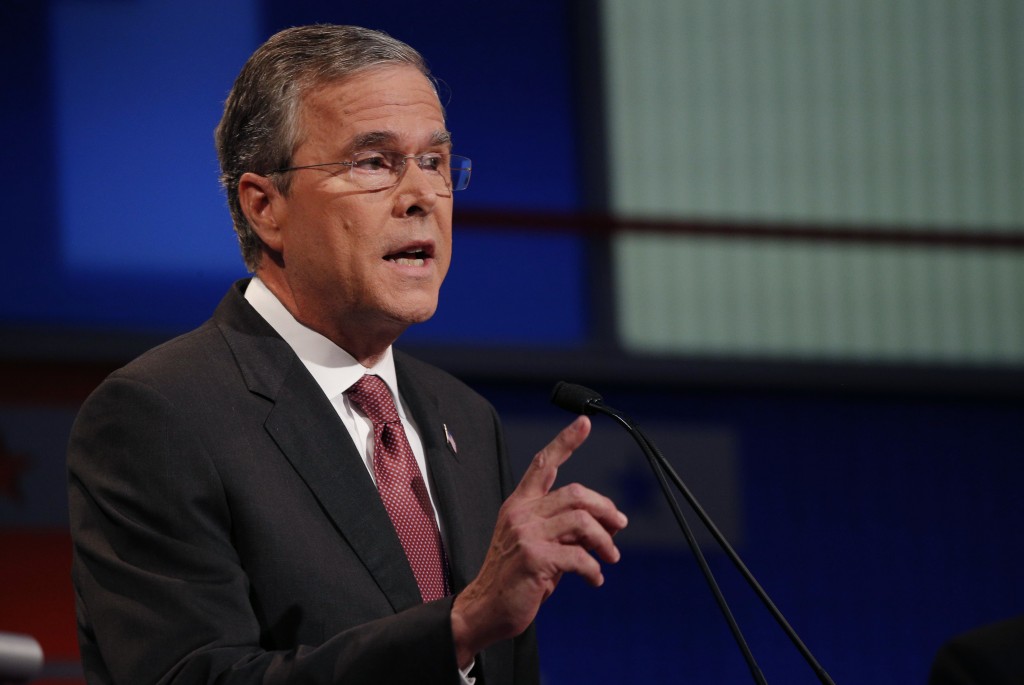 BUSH: “During my eight years in office, 1.3 million jobs were created, and we left the state better off.”

During Bush’s tenure as governor, the state benefited from a huge housing bubble that then burst just as he left the governor’s mansion. Home prices jumped 160 percent in Florida from 1999 through 2006 — more than double the national increase of 74 percent —according to real estate data provider Zillow.

That growth fueled a 50 percent jump in construction jobs, and the boost to home values made many Floridians feel wealthier, leading them to spend more. Home prices started to fall in 2006, Bush’s last year in office.

THE FACTS: Trump’s precise net worth has long been a moving target.

Documents filed with the Federal Election Commission put Trump’s wealth at $8.7 billion. But the form requires disclosures of value ranges, not precise sums. The FEC also doesn’t specify how to value real estate, leaving Trump free to assess many of his proprieties in the highest bracket — over $50 million.

Trump argues many of his properties are worth even more, a claim that cannot be verified without access to his private documents. He’s valued his personal brand and marketing deals at $3.3 billion.

Yet other assessments put his wealth at far less. Forbes Magazine valued his brand at just $125 million, and last month, Bloomberg News estimated his total worth at $2.9 billion.