WASHINGTON — Republican presidential contenders let fly with some inaccuracies when they badmouthed the Obama administration on health care, military readiness and pay for construction workers in their latest debate.

And from his own event a few miles away in Des Moines Iowa, debate no-show Donald Trump greatly exaggerated the U.S. trade deficit with China.

A look at some of the claims Thursday night and how they compare with the facts:

THE FACTS: Lost jobs? Since the time Obama signed the health care law in March 2010, the nation’s jobless rate has fallen from 9.9 percent to 5 percent. The economy has added more than 13 million jobs over that period.

READ MORE: GOP rivals mock Trump, try to make the most of his absence

Lost insurance? The share of Americans without coverage reached a historic low of 9 percent last year, according to the government’s National Health Interview Survey. More than 16 million people gained coverage since 2013, just before the law’s big coverage expansion got underway. 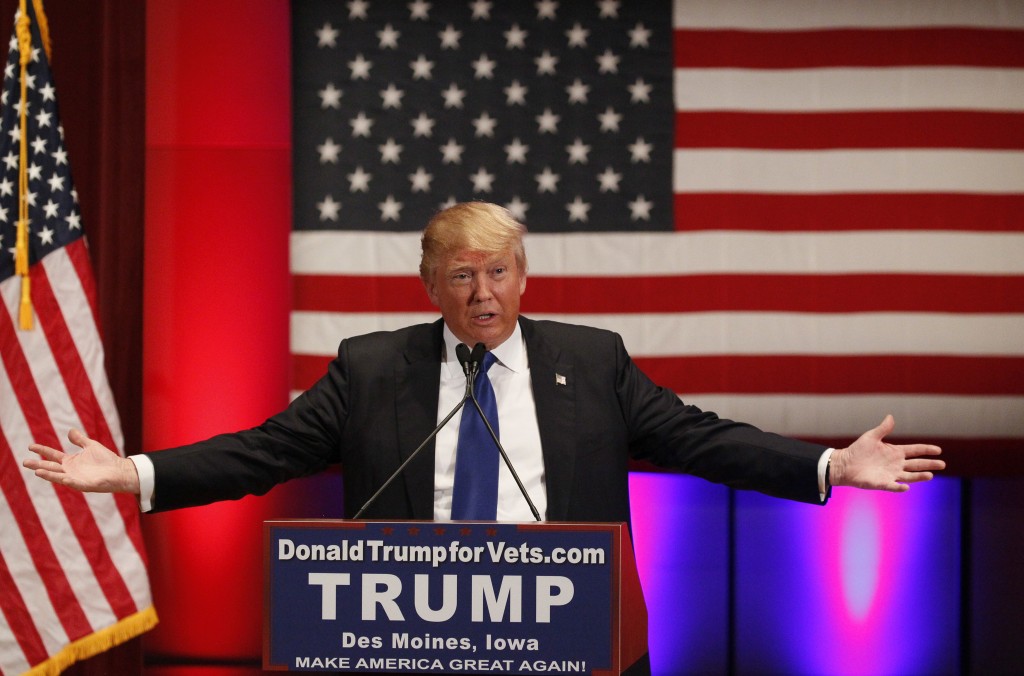 TRUMP: “China this year in trade will make over $500 billion dollars in terms of our trade deficit. $500 billion. That’s no partnership, and I’m a free trader. I love free trade. But we have to use our head. And we use political hacks to negotiate with the Chinese.”

THE FACTS: Trump should re-check his numbers before conducting a trade negotiation. He could be referring to the total U.S. trade deficit with every country in the world. That totaled about $508 billion in 2014, which actually represents an improvement from the $762 billion deficit reached in 2006, according to the Census Bureau.

READ MORE: Trump says he wanted to attend debate, but had to skip it

But the trade deficit in goods with China was $343 billion in 2014 — significantly below what Trump has suggested in multiple statements. 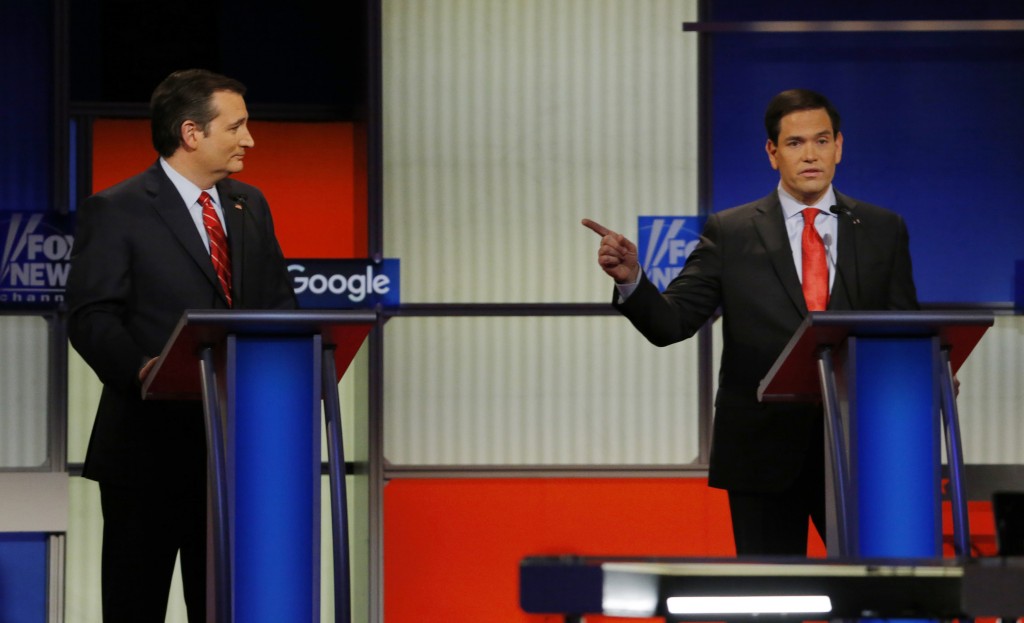 MARCO RUBIO: “You cannot destroy ISIS with a military that’s being diminished.”

“THE FACTS: The charge that President Barack Obama has starved the Pentagon has become a refrain in the GOP primary campaign, but amounts spent on weapons modernization are about the same as they were when Republican George W. Bush was president.

Any military cuts GOP contenders are complaining about were approved by both Republicans and Democrats in Congress. The military budget is being squeezed by the insistence of lawmakers in both parties that money be spent on bases and equipment that the Pentagon says it doesn’t need.

CRUZ on Obama: “He’s not arming the Kurds.”

THE FACTS: He is. The U.S. has allocated a substantial amount of weapons and other military equipment to help the Kurds fight the Islamic State group, and is sending the aid.

The shipments have not been direct. Rather, under a deal with the Iraqi government, all U.S. weapons sent to help in the fight are delivered to Iraqi officials, and they divide the weapons between Iraqi and Kurdish forces.

It’s true the Kurds have complained that the assistance is not enough. But they are getting arms and other equipment from Washington.

CHRIS CHRISTIE: “For the 45-year-old construction worker out there, who is having a hard time making things meet, he’s lost $4,000 in the last seven years in his income because of this administration.”

THE FACTS: There may be some in hard hats who’ve lost income, but on the whole, construction workers are faring much better than they did when Obama first took office.

The latest federal jobs report showed their average weekly earnings have risen 2.7 percent annually since 2009 — much faster than the national average for non-management employees. Their weekly earnings jumped to $1,021 in December, compared with a weekly income of $858 seven years ago.

CRUZ defending his threat to “carpet bomb” Islamic State fighters: “It’s what we did in the first Persian Gulf War.”

THE FACTS: The U.S. conducted an intensive air war against the Saddam Hussein government in the 1991 war. But to call it “carpet bombing” misses one of the most important characteristics of that air campaign: It marked the first large-scale use of precision-guided missiles and bombs in the history of warfare.

That war also saw the first substantial combat use of the Air Force F-117 stealth fighter, which made it possible for the U.S. to lower risk to pilots flying against enemy air defenses while delivering precision weapons.

The driving force behind developing precision-guided munitions, which today are even more precise than 25 years ago in the Persian Gulf war, was the goal of reducing the risk of killing civilians. It’s a goal the U.S. military has embraced under Republican as well as Democratic presidents.

And Cruz has not explained how carpet bombing a terrorism group that is mingled with citizens in areas they control can be done without substantial deaths of innocents.