FAQ: What will end the Zika impasse in Congress?

Members of the House and Senate are back in Washington after an extended summer recess, a break that started in mid-July. While they were away, fears that the infection could be acquired locally in the continental U.S. were realized.

The Centers of Disease Control and Prevention says it will run out of money for the virus at the end of September.

In Florida, as of Tuesday, the number of non-travel related cases had risen to 56, according to the state’s department of health. Approximately 2,700 and 14,000 cases have been reported in U.S. states and territories, respectively, including locally transmitted outbreaks in Florida and Puerto Rico.

Here’s a detailed explainer on where Congress stands with regards to Zika.

Back in February, President Obama asked Congress to approve $1.9 billion to develop a vaccine, control mosquitoes and support pregnant women, who are at risk of giving birth to babies with serious brain deformities if they contract the disease.

Just as it was easy to predict that Zika would reach the U.S., so too was it a safe bet that Congress wouldn’t come to an agreement on how to dole out that money. This is the last work session before the November election, and so far zero dollars have been approved.

Rep. Tom Cole says Republicans are more than happy to give the administration the money it wants, but Democrats can’t expect Republicans to give them everything they want.

It’s a complicated impasse, but the primary problem is that Democrats want the money requested by the president to be added to the deficit and not offset by drawing on pools of money that already exist. Republicans in large part agree that funds should be spent on Zika, but they want it to come from unspent money already appropriated for Ebola research and the Affordable Care Act.

What is each side arguing?

Oklahoma Republican Rep. Tom Cole is on the House Appropriations Committee and is involved directly in ongoing Zika negotiations.

“We are moving broadly in the right direction, but there’s a…difference in philosophy. They want to be able to spend money someplace else. It’s a two year emergency and we have the money,” Cole said to the NewsHour. “If you need a new roof, you fix the roof and usually have to make adjustments. You forego something else you want.”

Cole says Republicans are more than happy to give the administration the money it wants, but Democrats can’t expect Republicans to give them everything they want.

One of Cole’s counterparts on the House Appropriations Committee working on the Zika issue is Connecticut Democrat Rep. Rosa DeLauro. She argued in a recent statement that haggling over the funding details will put the Zika response at risk. The Centers of Disease Control and Prevention says it will run out of money for the virus at the end of September. According to Senate Democrats, millions of dollars have already been funneled from programs like the Substance Abuse and Mental Health Services Administration and the National Cancer Institute in order to sustain the campaign against Zika in the absence of new funding. 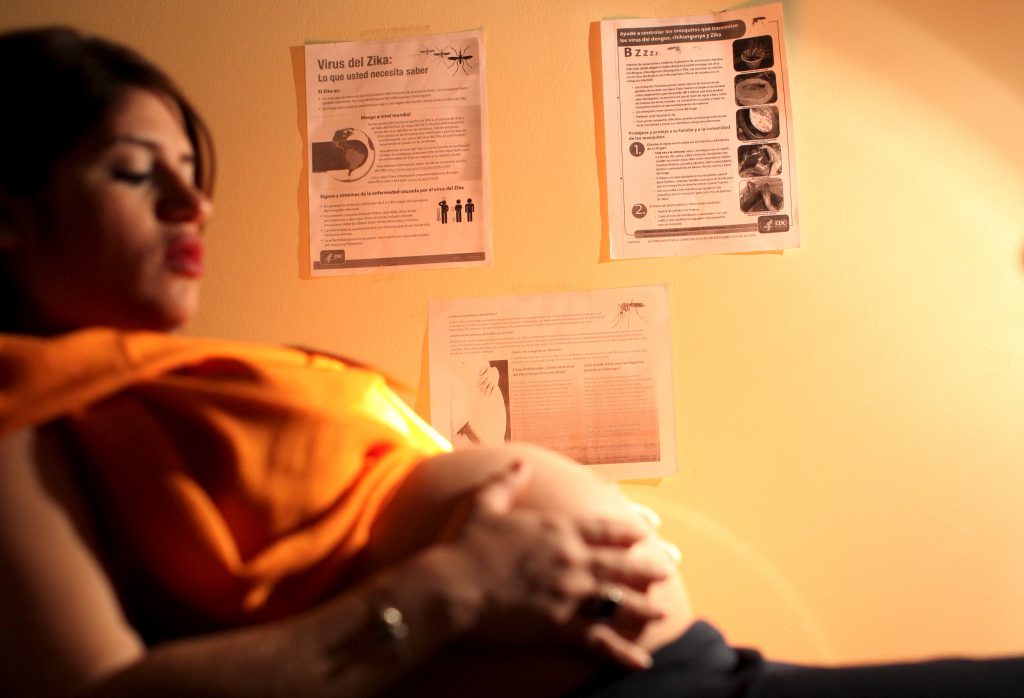 As of Sept. 1, 1,384 pregnant women in Puerto Rico had caught Zika virus. Photo by Alvin Baez/REUTERS

“We are running out of time and we are running out of money. We cannot continue to fight the Zika virus on a shoestring budget, shift budgets around and deprive other public health priorities, and force our nation’s top scientists and researchers to work on budgetary fumes,” DeLauro said.

According to Senate Democrats, millions of dollars have already been funneled from programs like the Substance Abuse and Mental Health Services Administration and the National Cancer Institute.

This summer, the House was able to pass, along party lines, a $1.1 billion funding plan, which Cole says would last until the end of 2017. The minority party in the Senate has more power to block bills, and Democrats used it to block the plan, in part because of the funding offset issue, and because the bill would prevent Planned Parenthood clinics from getting any of the money.

This evening, the Senate will again hold a vote on that $1.1 billion plan as its first vote post-recess. If it cannot get the 60 votes necessary to move the bill forward, both parties will have to go back to the negotiating table. Ben Marter, an aide to Senate Minority Whip Dick Durbin, D-Ill., said the vote was a “true waste of time” considering the bill has already been blocked twice.

And there’s an even bigger deadline looming — large swaths of the federal government will run out of money by the end of September if Congress does not approve additional funds. One possibility is attaching a Zika compromise to a massive funding bill. On Capitol Hill, this idea is known as a “train leaving the station,” in other words, a bill that will get signed. Whatever Zika funding solution could be riding on that train, straight to the president’s desk.

But until and unless that happens, Congress will be under intense pressure from the public health community and constituents especially in places like Florida or Puerto Rico. The latter has reported 16,537 cases since 2015, with nearly 1,400 involving pregnant women. That pressure, and a looming deadline, could finally push Congress to reach a compromise on this public health issue.

Left: Laboratory-confirmed Zika virus disease cases as of August 31, 2016. Chart by the Centers of Disease Control and Prevention