With the unveiling of President Obama’s 2012 budget proposal this week, we’re updating our post from last week about the many ways news organizations and graphic designers have visualized the federal budget.

Below are what some organizations have done with the new 2012 budget data, as well as some more ideas on how to look at government spending. 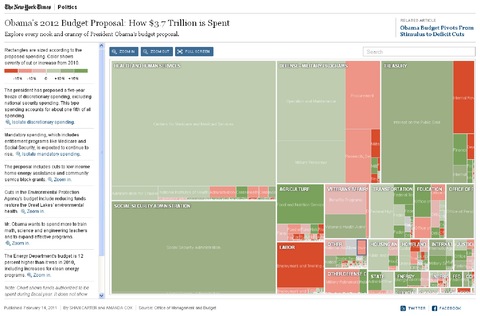 National Journal created an interactive timeline of spending and deficits over the past 50 years: 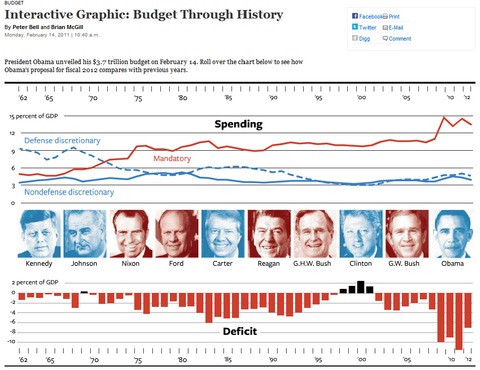 The Washington Post also created an interactive treemap to look at the past 30 years of federal revenue and spending: 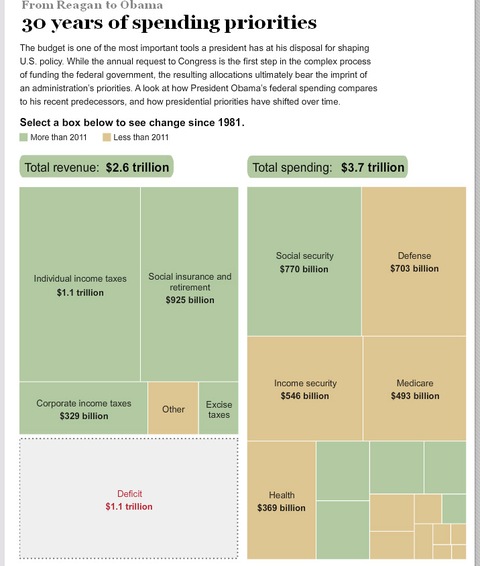 In September, Third Way, a D.C. think tank, released a paper proposing a taxpayer receipt — an itemized breakdown of where your taxes are spent (PDF): 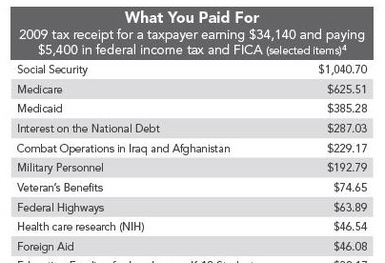 Finally, the London-based designer David McCandless published a video called “Debtris U.S.” at his Information is Beautiful website. The video animates a treemap to look like the video game “Tetris.” It shows the relative size of different federal and private expenses like the revenue of OPEC, the budget of the U.N. and the U.S. defense budget, among other things: