For Romney, a Campaign Blueprint From 2004 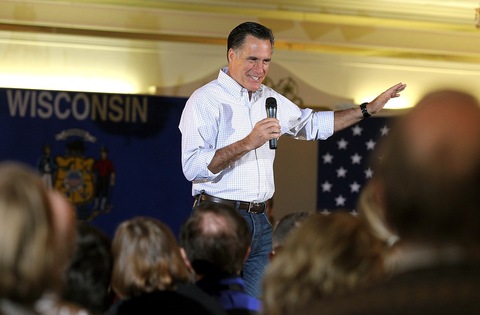 With six months to go until Election Day, the 2012 presidential contest is only now beginning to take shape. In the coming days the campaigns of President Obama and presumptive Republican nominee Mitt Romney will ramp up in the fight to sway voters.

Judging by the looks of a recent Pew Research Center poll analyzed through the Patchwork Nation geographic and demographic breakdown of counties, Romney has some work ahead of him.

Unseating an incumbent president, even in hard economic times, is not an easy task. And both the Pew Research Center and Patchwork Nation numbers show Romney has challenges at both ends of the income spectrum, as well as in urban and more rural areas.

There is still a very long way to go in the race. For many voters, the election season hasn’t really started. But if May marks the beginning of a more focused phase of the campaign, the Romney team has different sets of voters it needs to win over. They exist in different places and are propelled by different issues.

When trying to assess what Romney needs to accomplish in the 2012 campaign, 2008 is not a useful measure. Mr. Obama won by such a wide margin — some 7 percentage points and close to 200 electoral votes — that Team Romney probably is not focused on reversing those results from what was, ultimately, a unique election.

The better measure is 2004, when then-President George W. Bush won re-election by a much tighter 3 percentage points. Most analysts expect the 2012 vote to be similarly close.

Bush’s 2004 blueprint, as seen through Patchwork Nation, is not complicated: Keep down the Democratic candidate’s margin in wealthy, suburban Monied ‘Burbs and run up the score in rural, less wealthy communities such as the Service Worker Centers.

Bush lost the Monied ‘Burbs to Sen. John Kerry but only by about 1 percentage point. He crushed Kerry in the Service Worker counties by 12 percentage points. The latest Pew poll, broken down with Patchwork Nation’s 12 county types, shows Romney is lacking in both those areas right now.

As we have often noted, the Monied ‘Burbs are crucial because they hold more people — 69 million — than any other county type in Patchwork Nation and they make up big parts of key states such as Ohio, Michigan, Colorado, Virginia and Pennsylvania.

Voters in those counties are in some ways well-made for Romney. You can see many of them in the clumps of dark green in the map below around Cleveland, Detroit, Denver and much of the Eastern Seaboard.
On the whole, they are wealthy and more heavily invested in the stock market than other county types. They are the kind of “economy first” voters Romney should be able to reach with his campaign message and business background.

In the latest Pew poll, however, Romney trails the president in the Monied ‘Burbs by about 6 percentage points — 44 percent to 50 percent. That’s better than Sen. John McCain did in those counties in 2008, when he lost to Mr. Obama by double-digits there. But it isn’t good enough if Romney wants to win the general election and if other voting patterns hold at all close to historical patterns.

Romney’s challenge in the Monied ‘Burbs going forward is two-fold.

First, these wealthier counties aren’t doing great economically, but they are doing better than other places. The unemployment rate in the Monied ‘Burbs in February, the latest data available, was 8 percent — lower than national average of 8.3 percent. If they continue to improve ahead of the national economy, Romney’s argument on that point may lose some of its weight.

Those are issues where Romney took more conservative, hard-line positions in the primaries as he faced challenges from the right from Sen. Rick Santorum. And those positions could complicate Romney’s efforts in the Monied ‘Burbs.

Small-town, rural communities such as the Service Worker Centers are generally good territory for the GOP. The party tends to win those counties, but the margins are key. Remember, Bush won these counties by some 12 percentage points. McCain also won them but only by about 4 percentage points.

In this Pew poll, Romney is somewhere between those two numbers. He leads Mr. Obama by about 7.5 percentage points. Again, that’s probably not enough.

The Service Worker counties, seen in red on the map below, hold some 31 million people, and they make up large parts of key states such as Michigan, Pennsylvania, Ohio, Wisconsin and even Virginia. Romney needs big margins there to offset losses he looks likely to take in those state’s big metro areas.

In a recent Wall Street Journal-NBC poll, Romney trailed Mr. Obama by some 31 percentage points among voters who makes less than $30,000. And poll after poll shows Romney lags among less wealthy voters, perhaps due to his wealthy upbringing and his time in venture capital.

Patchwork Nation has watched him struggle with these voters through the GOP primary process. Differences in the vote among different income levels proved very hard for Romney to overcome. They are about more than the candidate’s positions; they go to his identity.

There is still plenty of time for team Romney, of course. May marks the beginning of the general election campaign, not the end. But his challenges run the gamut from social issues to income differences and finding messages that appeal to the groups he needs without offending others likely won’t be easy.