Former Maryland governor hopes to be Clinton alternative in 2016

DAVENPORT, Iowa — There are some Democrats in Iowa who aren’t all that “Ready for Hillary.” So far, there’s little evidence they’re ready for Martin O’Malley, either.

“I think it’s because they haven’t met me yet,” O’Malley said. 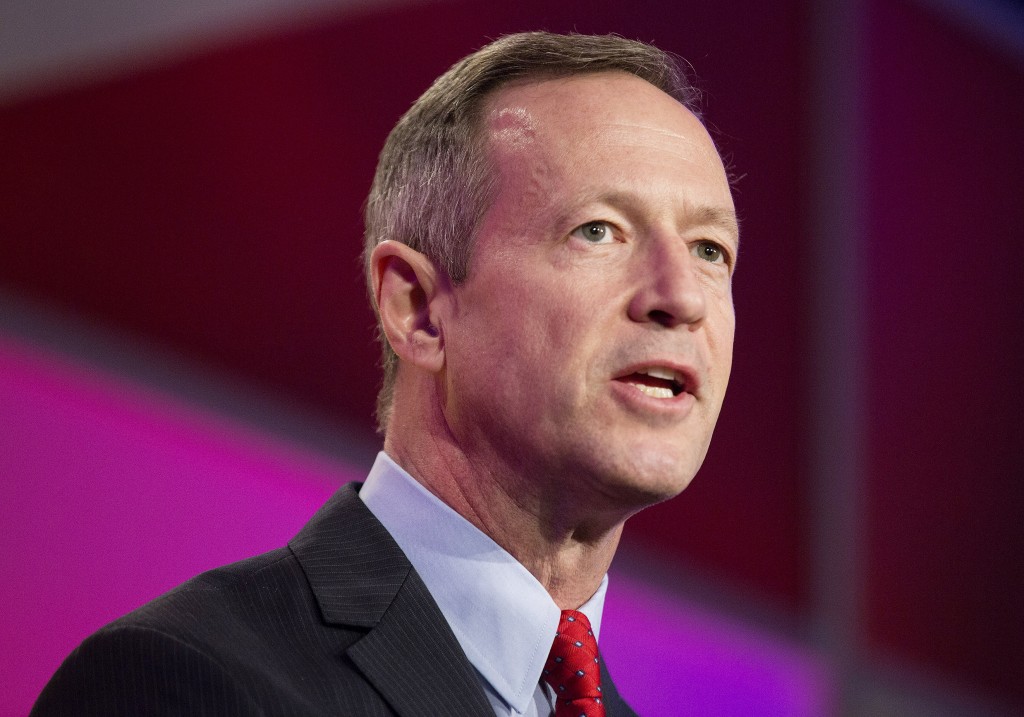 Former Maryland Governor Martin O’Malley (D) addresses the International Association of Firefighters delegates at IAFF Presidential Forum in Washington on March 10, 2015. O’Malley has been campaigning in Iowa, where certain Democrats have a strong desire for an alternative to Hillary Rodham Clinton. Credit: REUTERS/Joshua Roberts

The former Maryland governor spent this past weekend campaigning in Iowa, where certain Democrats have a strong desire for an alternative to Hillary Rodham Clinton, who will enter the race for the party’s 2016 presidential nomination as a dominate front-runner. Some don’t find Clinton liberal enough, others enjoy their role vetting candidates and still others value a competitive caucus season for party fundraising and organizing.

“I think probably Clinton is a shoe-in, but I want someone in the race who will push a little bit to the left,” said Monica Kurth, of Davenport, who attended the Scott County Democratic dinner where O’Malley spoke on Friday evening.

No matter the reason, those seeking competition for Clinton acknowledge besting the former secretary of state will require an act of herculean political strength. O’Malley, in a way, does, too. At a certain point, he said, “the race quickly narrows between the once inevitable front-runner and the new and unknown candidate who emerges to offer a more compelling alternative.”

O’Malley, who first came to Iowa in 1983 as a volunteer for Gary Hart’s presidential campaign, has invested heavily in the state. He made four trips to Iowa last year, put 14 staffers to work on state campaigns and contributed nearly $50,000 to local candidates. He now has one Iowa staffer on the ground exploring his chances for support in the caucuses.

Many of the more than 200 people who turned out to see O’Malley in the Mississippi River city of Davenport on Friday said they were meeting him for the first time. He touted his time in office during his speech, including his work to raise Maryland’s minimum wage and increase state spending on education. The crowd enthusiastically applauded and rose to their feet several times when O’Malley bemoaned income inequality and called for more oversight of Wall Street and the financial industry.

“Over the last 12 years, wages have been going down, not up,” said O’Malley, who concluded eight years as governor of Maryland in January. “In fact, last year, Wall Street bonuses alone were double the combined earnings of every single American working for minimum wage to take care of their family. Until we solve this problem, we cannot rest – as a party or as a people.”

They were comments aimed squarely at those still pining for Massachusetts Sen. Elizabeth Warren to get into the race, something she has said repeatedly she will not. An effort to draft Warren into the race has been underway for months, organized by the liberal groups MoveOn.org and Democracy for America.

Among that crowd, O’Malley isn’t yet the first alternate to the preferred alternate – Vermont Sen. Bernie Sanders.

“His name has not come up in visits I’ve had with my progressive people at all,” said Brenda Brink, a liberal activist from Huxley, Iowa, of O’Malley. “I think people are just so interested in Bernie or Elizabeth.”

Or, perhaps, Joe Biden. Former Obama campaign volunteer William Pierce organized and launched a super PAC called Draft Joe Biden this past week, with plans to hire state coordinators in Iowa, New Hampshire and South Carolina and the singular goal of persuading the vice president to get in the race.

“I’m a lifelong Clinton fan. But the thing is, this isn’t a dynasty – it isn’t a monarchy,” Pierce said. “We need people outside of the great Clinton family to represent us.”

Officially, O’Malley has not launched a campaign, but his decision to pass up the chance to run for the seat of retiring Maryland Sen. Barbara Mikulski was viewed by most as confirmation of his intentions to compete for the Democratic nomination.

“He was fantastic. He touched on every issue that is near and dear to my heart,” said Maria Bribriesco of Bettendorf after his Friday speech. “I think he will give (Hillary) a run for her money.”

This report was written by Catherine Lucey of the Associated Press.