Many Americans are not happy with the way presidential candidates are chosen and have little faith in the fairness of either the Democratic or Republican system, according to a new poll by The Associated Press-NORC Center for Public Affairs Research.

According to the survey, the public prefers open primaries to those that are closed to all but party members. They like primaries instead of caucuses, and they oppose the party insiders known as superdelegates, who have a substantial say in the Democratic race.

“It’s kind of like a rigged election,” said Nayef Jaber, a 66-year-old Sanders supporter from San Rafael, California. “It’s supposed to be one man, one vote.”

According to the poll, 38 percent of Americans say they have hardly any confidence that the Democratic Party’s process for selecting a presidential nominee is fair; 44 percent say the same of the Republican Party’s process.

Just 17 percent of Republicans and 31 percent of Democrats have a great deal of confidence in their own party’s system being fair.

“The common man needs to be included more,” said Gwendolyn Posey, 44, a registered independent from Sparks, Oklahoma, who said she could not cast a ballot for Texas Republican Ted Cruz because she had not changed her registration to Republican in time.

Sanders has little if any chance of catching up to rival Hillary Clinton in votes or delegates, but still hopes to influence the party platform, as well as spark debate about the rules. Trump has also called the Republican process “rigged.” 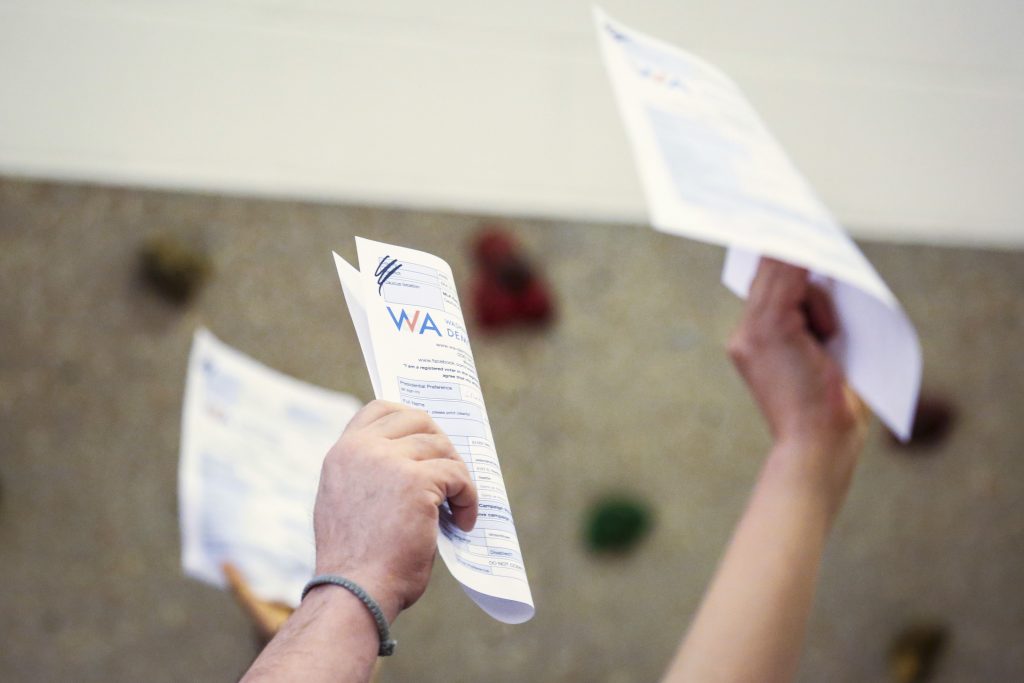 Both parties have complex mechanisms for choosing presidential nominees, with each state holding caucuses or primaries under different rules. Candidates earn delegates to back them at the summer nominating conventions, with a certain number required to clinch the nomination.

Democrats embraced superdelegates in 1982 to make sure party leaders have a say in who is nominated. By giving key insiders more voice, leaders hoped to avoid what some saw as a mistake in 1972, when George McGovern won the nomination but was a weak general election candidate. About 15 percent of the total delegates this year are superdelegates, and critics say this group has given Clinton an advantage. She holds a commanding lead over Sanders, however, even without counting the superdelegates.

Supporters of Sanders are especially incensed about the use of superdelegates, who can back any candidate at the convention regardless of how people voted in primaries and caucuses. Republicans have no equivalent to superdelegates.

Sanders has also called for more open primaries, slamming states that won’t allow independent voters to participate, as well as ones where people must register with a party in advance. Americans generally also say that open primaries are more fair than closed primaries, 69 percent to 29 percent. Democrats are more likely than Republicans to say open primaries are the most fair, 73 percent to 62 percent. The defense of closed primaries is that these are party events, designed for party members to pick their candidate for the general election. Just how difficult it is to register with a party for voting varies by state, with some allowing same day registration and others requiring registration weeks or months in advance.

Caucuses, too, are on the outs with many people. They are often lengthy meetings held at a fixed time, unlike primary elections, which just require a stop at a polling place, if not a vote in advance. Poll respondents preferred primaries 81 percent to 17 percent, with overwhelming majorities of Democrats and Republicans saying so. Sanders has performed well in caucuses, however, in part because his supporters are willing to invest the time in them.

But caucus proponents say these are uniquely intimate political gatherings where people discuss candidates with friends and neighbors. The leadoff Iowa caucuses grew in prominence starting in the 1970s and became a serious stop on the campaign trail after President Jimmy Carter kicked off his path to the White House with an Iowa win in 1976. Caucuses this year were held mostly in lower population places in the west and Midwest.

Looking ahead, both sides are talking about potential changes, though those discussions would likely unfold after the conventions this summer.

The AP-NORC poll of 1,060 adults was conducted May 12-15 using a sample drawn from NORC’s probability-based AmeriSpeak panel, which is designed to be representative of the U.S. population. The margin of sampling error for all respondents is plus or minus 4.1 percentage points.