LANSING, Mich. — With their grip on power set to loosen come January, Republicans in several states are considering last-ditch laws that would weaken existing or incoming Democratic governors and advance their own conservative agendas.

In Michigan, where the GOP has held the levers of power for nearly eight years, Republican legislators want to water down a minimum wage law they approved before the election so that it would not go to voters and would now be easier to amend.

Republicans in neighboring Wisconsin are discussing ways to dilute Democrat Tony Evers’ power before he takes over for GOP Gov. Scott Walker. And in North Carolina, Republicans may try to hash out the requirements of a new voter ID constitutional amendment before they lose their legislative supermajorities and their ability to unilaterally override vetoes by Democratic Gov. Roy Cooper.

Republicans downplay the tactics and point out that Democrats have also run lame-duck sessions, including in Wisconsin in 2010 before Walker took office and the GOP took control of the Legislature. But some of the steps Republicans are expected to take will almost surely be challenged in court, and critics say such maneuvers undermine the political system and the will of the people, who voted for change.

“It’s something that smacks every Michigan voter in the face and tells them that this Republican Party doesn’t care about their voice, their perspective,” House Democratic Leader Sam Singh said of the strategizing to control the fate of minimum wage increases and paid sick leave requirements.

The moves would follow midterm elections in which Democrats swept statewide offices in Michigan and Wisconsin for the first time in decades but fell short of taking over their gerrymandered legislatures. That gives Republicans a final shot to lock in new policies, with Democrats unable to undo them anytime soon.

Michigan’s new minimum wage and sick time laws began as ballot drives but because they were preemptively adopted by lawmakers in September rather than by voters, they can be altered with simple majority votes rather than the support of three-fourths of both chambers.

One measure would gradually raise the minimum wage to $12 an hour and increase a lower wage for tipped workers until it is in line with the minimum. The other would require that employees qualify for between 40 and 72 hours of paid sick leave, depending on the size of their employer.

It is unclear how the laws may be changed to appease an anxious business lobby. The Michigan Chamber of Commerce says mandatory sick time — 10 other states also require it — will place “severe compliance burdens” on employers, including those with paid leave policies in place currently. The group also is urging lawmakers to “be pragmatic, not extreme” and revisit the wage hikes that would make Michigan’s minimum the highest in the Midwest. 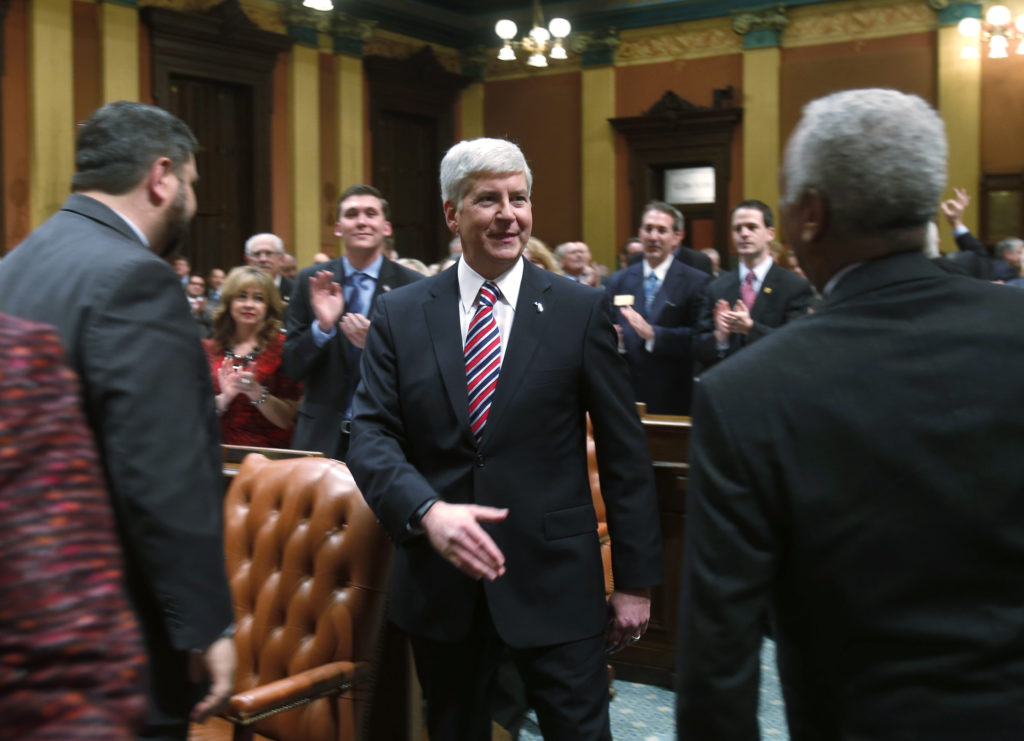 Michigan’s Governor Rick Snyder (C) greets the assembly during his annual State of the State address at the State Capitol in Lansing, Michigan January 16, 2014. Photo by Rebecca Cook/Reuters

Republicans seem unfazed by criticism that scaling back the measures would thwart the will of voters who resoundingly elected Democrat Gretchen Whitmer to replace GOP Gov. Rick Snyder, who reached his term limit. The Michigan Senate’s majority leader, Arlan Meekhof, said changes to the laws are needed to “continue to keep our economy on track and not put a roadblock or hindrance” in the way of businesses.

Lame-duck sessions, which are commonplace in Congress but rare among many state legislatures, are frenetic, as legislators rush to consider bills that are controversial or were put on the backburner during election season. Michigan’s 2012 session, for example, produced right-to-work laws and a contentious revised emergency manager statute for cities in financial peril, despite voters having just repealed the previous law.

The lame-duck period may be especially intense this year in Michigan and Wisconsin because they are among just four states in which Republicans are losing full control the governorship and both legislative chambers. Lawmakers in the other two states, Kansas and New Hampshire, will not convene until next year.

Wisconsin Republicans plan to consider a variety of ways to protect laws enacted by Walker . Those include limiting Evers’ ability to make appointments, restricting his authority over the rule-making process and making it more difficult for him to block a work requirement for Medicaid recipients. They might also change the date of the 2020 presidential primary so that a Walker-appointed state Supreme Court justice has better odds to win election. 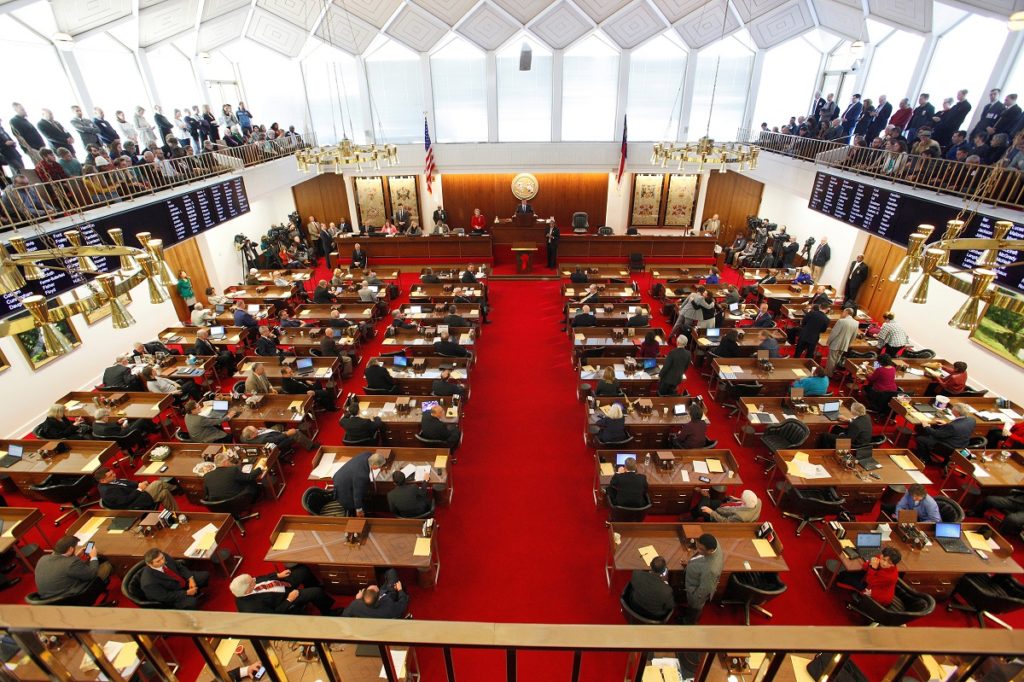 In North Carolina, GOP legislators may use the session for more than approving additional bipartisan Hurricane Florence relief. They are expected to implement a voter photo ID requirement passed this month by the electorate and to consider other legislation that the Democratic governor would be powerless to stop until Republicans can no longer easily override his vetoes come 2019.

Two years ago, they reduced Cooper’s powers before he took office. He successfully sued over a law that diminished his role in managing elections. Other suits remain pending.

Michigan’s outgoing governor, Snyder, hasn’t weighed in on the plan to amend the minimum wage and sick leave laws, which would require his signature, unlike when they were passed. He is trying to persuade his fellow Republicans to boost and add new fees for environmental cleanup and water infrastructure upgrades, and he wants the Legislature to help facilitate a deal to drill an oil pipeline tunnel beneath the Straits of Mackinac. The agreement is opposed by Whitmer and the state’s Democratic Attorney General-elect, Dana Nessel.

Supporters of the existing wage and sick time laws have been mobilizing to keep them intact. MI Time to Care — the campaign backing guaranteed paid time off for workers who are sick or need to stay home with an ill family member — launched ads, mailed postcards and went door to door before the election reminding people of their rights under the law that is scheduled to take effect in March.

Chairwoman Danielle Atkinson said the sick leave proposal would have been approved in a “landslide” if it had been on the ballot.

“It’s clearly why the Legislature moved to pass it, and now they should uphold it as the promise that they made to the voters,” she said.