WASHINGTON — President Barack Obama urged the Republican-run Senate on Wednesday to fulfill its “constitutional responsibility” and consider his Supreme Court nominee, pushing back on GOP leaders who insist there will be no hearing or vote when he names a successor to the late Justice Antonin Scalia.

Obama, in a post on the legal blog SCOTUSblog, offered his most expansive description of the qualities he is seeking in a nominee: a sterling record, a deep respect for the judiciary’s role and an understanding of how the law affects real people. He emphasized his duty under the Constitution to select justices for the high court, a message aimed squarely at Senate Republicans.

“I hope they’ll move quickly to debate and then confirm this nominee so that the Court can continue to serve the American people at full strength,” Obama said.

Obama’s rebuttal, headlined “A responsibility I take seriously,” came a day after Senate Republicans delivered an extraordinary election-year rebuff by insisting that voters November’s election and the next president hold the authority to replace Scalia.

Majority Leader Mitch McConnell, R-Ky., said Tuesday that his 54-member GOP caucus was united against taking any step in the Senate’s “advise and consent” process. The Judiciary Committee will not hold confirmation hearings for the nominee. The committee and the full Senate will not vote.

A few Republicans, including McConnell, said they would not even meet with the nominee when that person makes introductions on Capitol Hill.

“Why would I? We’ve made the decision,” said Sen. Orrin Hatch, R-Utah, a committee member. 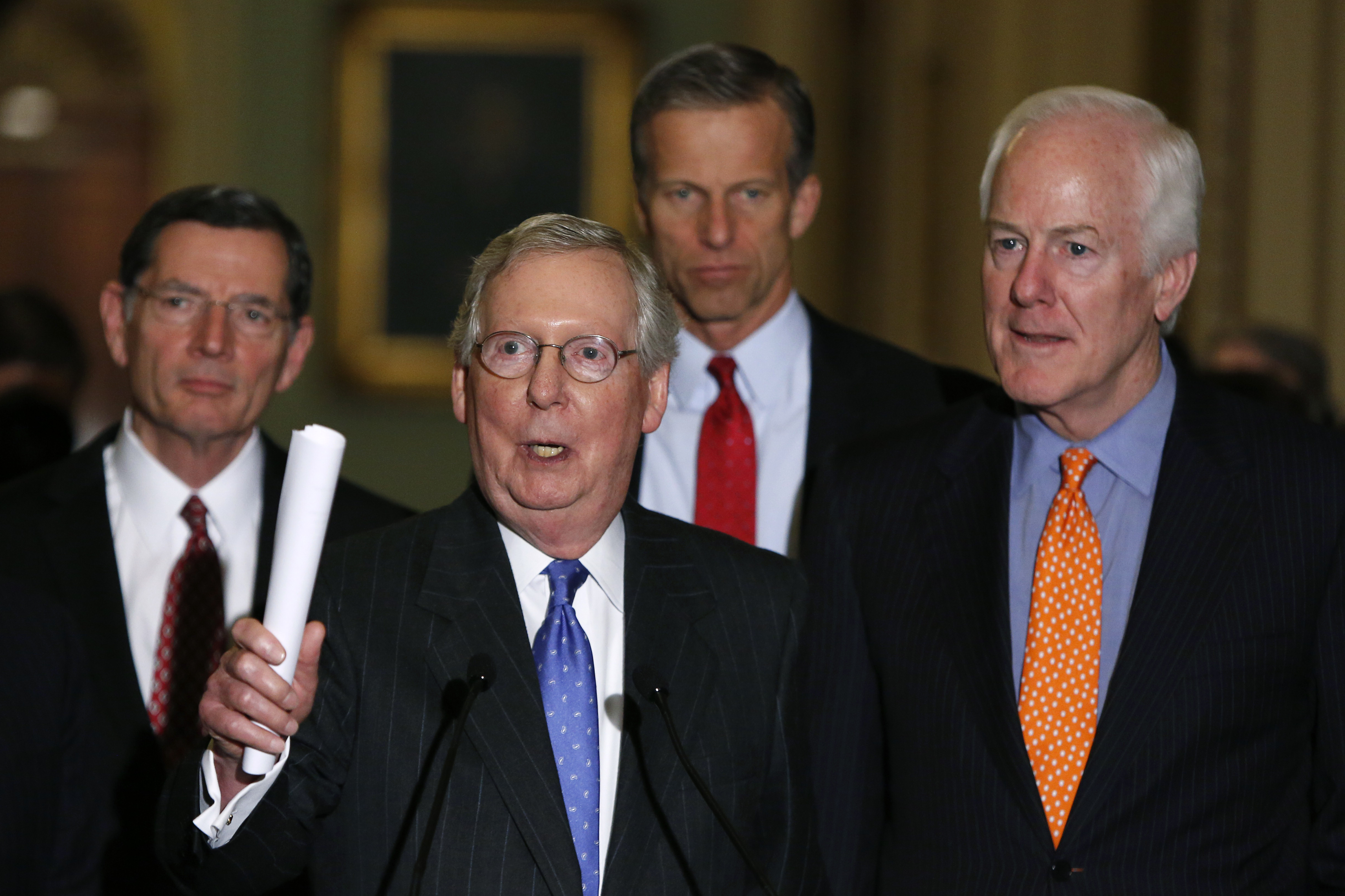 In a statement, Democratic presidential contender Hillary Clinton said the Republicans’ refusal to consider any appointee is “shameful and indefensible.” She said it is offensive to Obama and the American people.

“It’s time for the Senate to put statesmanship over partisanship, and live up to our constitutional principles,” Clinton said.

In his post Wednesday, Obama tried to quell conservative concerns that he would choose an unabashedly liberal who would upend the court’s balance. He said he would pick someone who recognized the court’s limits and knows that a judge’s job is to interpret law, not make it.

“I seek judges who approach decisions without any particular ideology or agenda, but rather a commitment to impartial justice, a respect for precedent, and a determination to faithfully apply the law to the facts at hand,” Obama said.

The president also said the law isn’t clear in all cases that reach the high court. He said he was looking for someone whose “life experience” outside the court would allow that person to understand how decisions affect “the daily reality of people’s lives in a big, complicated democracy.”

“There will be cases in which a judge’s analysis necessarily will be shaped by his or her own perspective, ethics, and judgment,” he wrote.

Republicans are adamant they will not budge.

McConnell won unanimous public backing from the 11 Republicans on the committee, and he told reporters, “In short, there will not be action taken.”

Still, Obama said he would announce a nominee in the next few weeks.

Filling the vacancy left by Scalia’s unexpected death on Feb. 13 is crucial because the Supreme Court now has a 4-4 ideological split between justices who are usually conservative and its liberal wing. The battle has invigorated both sides’ interest groups and voters who focus on abortion, immigration and other issues before the court.

“He hasn’t seen the pressure that’s going to build,” Sen. Democratic leader Harry Reid of Nevada said when asked if he thinks McConnell might relent. “It’s going to build in all facets of the political constituency and the country.”

After meeting privately with GOP senators for the first time since Scalia’s death, McConnell and other leaders said rank-and-file Republicans were overwhelmingly behind the decision to quickly halt the nomination process.

“Why even put that ball on the field?” Sen. Pat Roberts, R-Kan., said of hearings. “All you’re going to do is fumble it. Let the people decide.”

Moderate Sen. Susan Collins, R-Maine, and Sen. Mark Kirk, R-Ill., who faces a tough re-election race this fall, are among the few who’ve voiced support for at least holding hearings on an Obama nominee. Democrats are hoping that other Republican senators facing re-election in states Obama won twice — New Hampshire, Ohio, Pennsylvania and Wisconsin — will relent over time or face retribution from voters.

Since the Senate started routinely referring presidential nominations to committees for action in 1955, every Supreme Court nominee not later withdrawn has received a Judiciary Committee hearing, according to the Senate Historical Office.

In remarks Tuesday at Georgetown University law school, Justice Samuel Alito sounded resigned to spending the rest of this year in a court whose members are locked in a 4-4 tie.

“We will deal with it,” Alito answered when asked about Republicans’ resolve to oppose anyone Obama nominates.

Left: President Barack Obama carries a binder containing material on potential Supreme Court nominees to replace the late Justice Antonin Scalia as he walks towards the residence of the White House. Photo by Kevin Lamarque/Reuters