HARRISBURG, Pa. — A longtime congressional stronghold for Republicans, Pennsylvania is emerging in dramatic fashion as a source of hope for Democrats in their quest to take control of the U.S. House in November’s mid-term elections.

For years, Pennsylvania has hosted one of the nation’s biggest Republican congressional delegations. Now, what had been a 13-to-5 Republican advantage in Pennsylvania’s 18-member delegation could get wiped out.

First, five Republican congressmen decided not to run again, including one — suburban Pittsburgh’s Tim Murphy — who resigned last October amid a sex scandal. Those openings created opportunities for Democrats.

Then the state Supreme Court, ruling in a gerrymandering lawsuit, junked Pennsylvania’s six-year-old district boundaries that were drawn by Republicans to get Republicans elected. The court’s Democratic majority redrew the boundaries, improving Democrats’ chances in five districts in particular.

Amid all that, Pennsylvania was the nation’s political hot spot for a few weeks while Lamb and Republican Rick Saccone competed to fill the remainder of Murphy’s term. Party strategists viewed the March 13 special election as a test of Republican strength while President Donald Trump is a divisive force. 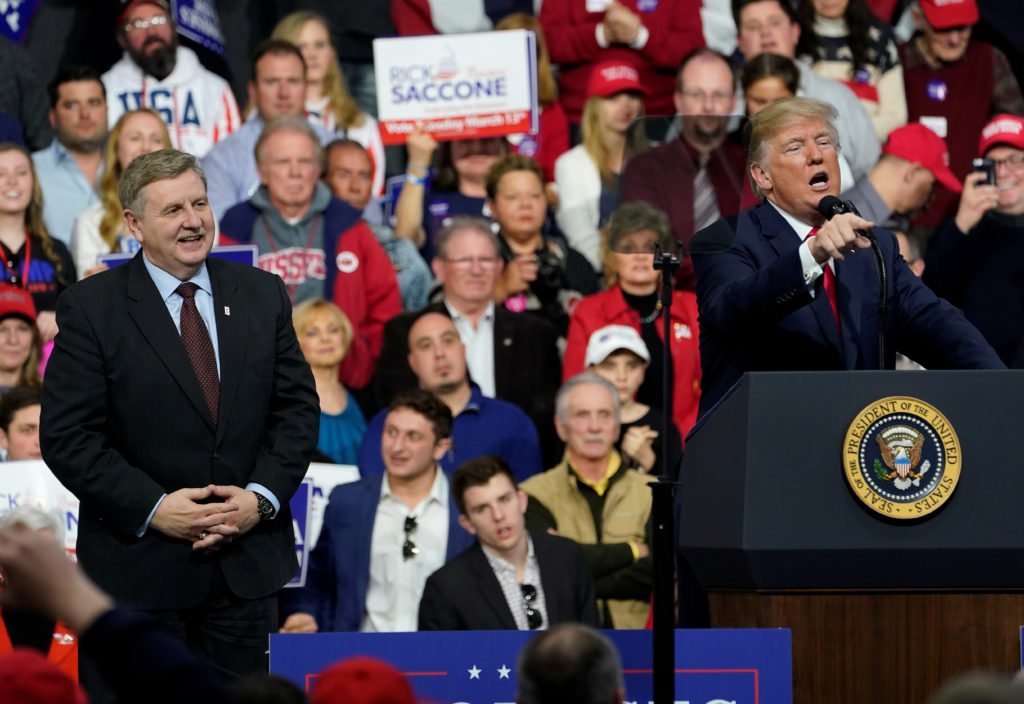 By Tuesday night’s deadline, 94 people filed signatures to get on May 15’s primary election ballot in Pennsylvania’s congressional districts. That’s more than twice the number who appeared on 2016’s primary ballot.

Of those, 59 are Democrats and 35 are Republicans.

The redrawn districts overhauled a map in which Trump won 12 of Pennsylvania’s 18 districts — one of them by a fraction of a percentage point — in 2016. Under the new map, Trump would have won 10.

Costello, who has privately told party brass that he may not run, is in dire straits.

Under the discarded map, Costello’s suburban Philadelphia district had a Republican majority that nevertheless helped Clinton beat Trump there by 2 percentage points in 2016. The redrawn district has slightly more Democrats and Clinton would have won it by 9 percentage points. Democratic challenger Chrissy Houlahan is considered one of the top 33 challengers nationwide by the Democratic Congressional Campaign Committee. 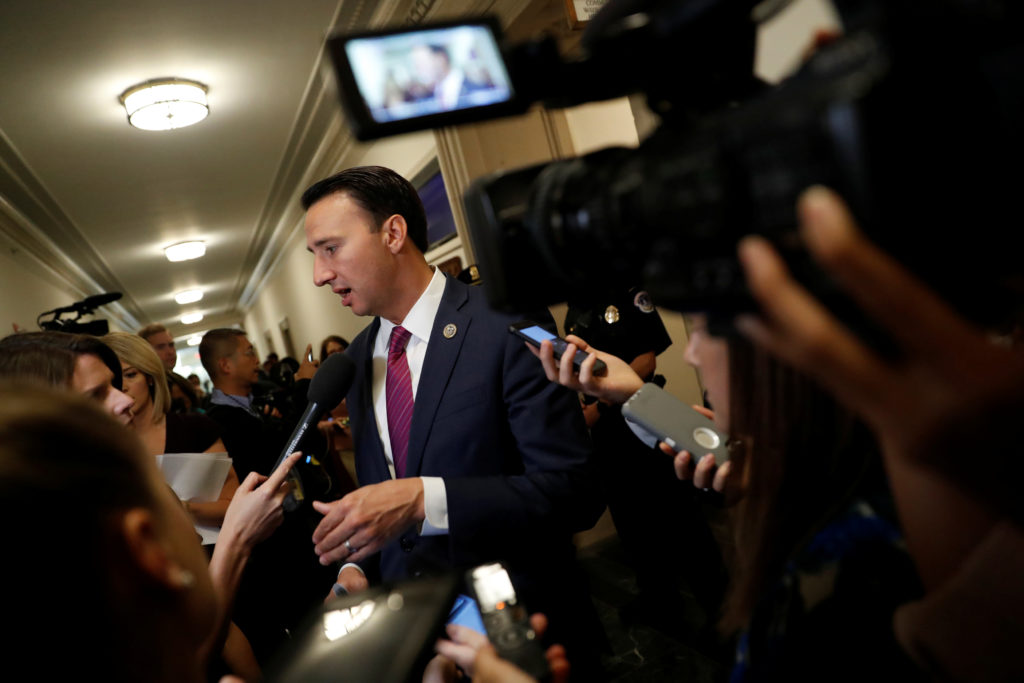 Rep. Ryan Costello (R-PA) speaks with the media following a meeting of the Republican conference ahead of the release of their tax reform plan on Capitol Hill in Washington, U.S., November 2, 2017. Photo By Aaron P. Bernstein/Reuters

Fitzpatrick’s district was already a swing district, and the court’s boundaries made it slightly tougher for a Republican. It now has about 10,000 more Democrats and Clinton would have won it by 2 percentage points. Three Democrats filed petitions to challenge him.

Rothfus’ 100-mile-long district in western Pennsylvania was redrawn into a tight shape in suburban Pittsburgh. A rock-solid conservative district that Trump won by nearly 21 percentage points is now considered a tossup. Compounding the bad news for Rothfus is that Lamb lives in the district and filed to run there, although Lamb still faces a three-way primary race.

Retiring Republican Rep. Charlie Dent’s 80-mile-long district in eastern Pennsylvania was redrawn back into its longtime Allentown-area territory and is considered a tossup. Six Democrats and two Republicans filed to run there.

Now that he isn’t running again, Republican Rep. Pat Meehan’s seat is expected to fall into Democratic hands. The district — nicknamed “Goofy Kicking Donald Duck” for its contorted boundaries snaking through four counties that Republicans drew to save Meehan from Philadelphia’s increasingly liberal suburbs — was compressed back into its historic Delaware County base. Clinton would have won it by 28 percentage points.

With that in mind, an eye-popping 14 Democrats filed to run there. Delaware County’s Democratic Party chairman David Landau said he couldn’t predict who would win.