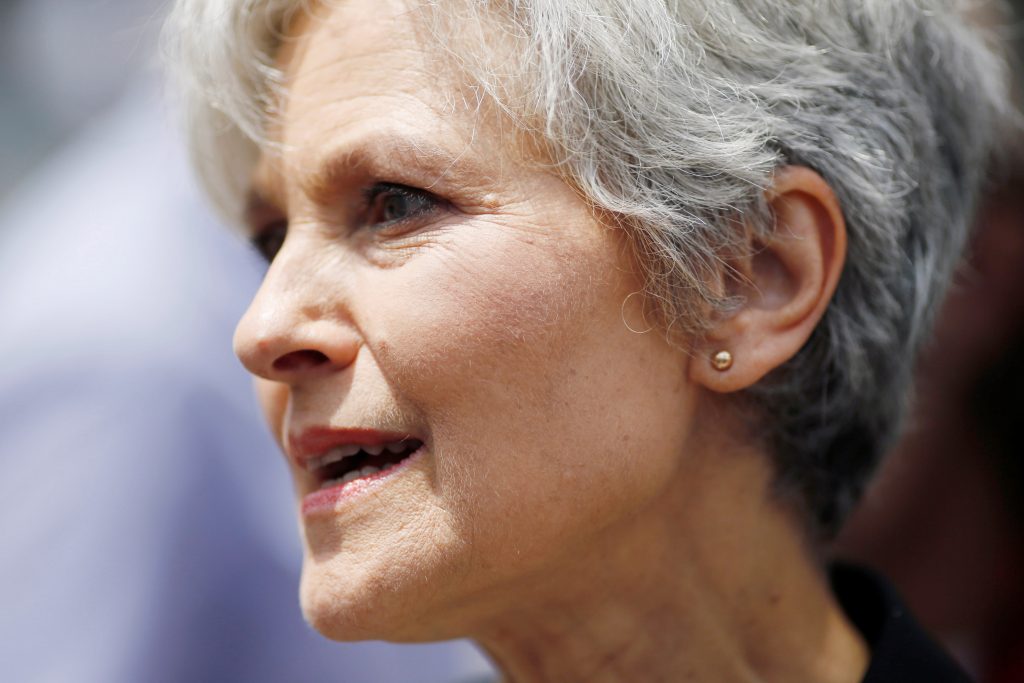 A North Dakota judge issued a warrant Wednesday for the arrest of Green Party presidential candidate Jill Stein, who is accused of spray-painting construction equipment during a protest against the Dakota Access pipeline.

Court records show Stein was charged Wednesday in Morton County with misdemeanor counts of criminal trespass and criminal mischief. The same charges have been filed against her running mate, Ajamu Baraka.

Stein campaign spokeswoman Meleiza Figueroa could not immediately comment on whether Stein plans to turn herself in.

Activists invited Stein to leave a message at the protest site near the Standing Rock Sioux Tribe’s reservation on Tuesday, Figueroa said, and Stein sprayed “I approve this message” in red paint on the blade of a bulldozer. A court document shows Baraka painted the word “decolonization” on a piece of construction equipment.

Morton County Sheriff’s Office spokesman Rob Keller said the warrant has been filed and if authorities were to come across Stein, “they would arrest her.”

The Standing Rock Sioux Tribe is trying to stop construction of a section of the $3.8 billion four-state pipeline that tribal leaders say would violate sacred and culturally sensitive grounds and possibly pollute water.

Before the charges were filed, Stein said in a statement said she hoped North Dakota authorities “press charges against the real vandalism taking place at the Standing Rock Sioux reservation: the bulldozing of sacred burial sites and the unleashing of vicious attack dogs.”

Donald Trump and Hillary Clinton are two of the most unpopular presidential candidates in American history. But are they so disliked that Green Party nominee Jill Stein could become a viable contender in this election? Judy Woodruff speaks with Stein about her qualifications for the presidency, her economic, environmental and foreign policy proposals and her hotly contested views on vaccines.