Greitens’ troubles posed challenges on multiple fronts for Hawley, as Democrats tried to tie him to the embattled governor while Republicans loyal to the governor grated at Hawley’s calls for him to step down.

Republican strategists long predicted that the sooner Greitens left office, the better for Hawley, who is seeking to unseat Democratic Sen. Claire McCaskill in what’s expected to be one of the most contentious races in the nation.

“It’s a sad day,” Republican consultant John Hancock said of Greitens’ resignation this past week while facing criminal investigations and a Legislature discussing whether to seek his impeachment. “But it’s also a bad day for Claire McCaskill, because I do think Republicans will have the opportunity to heal from this.”

Several former Republican U.S. senators from Missouri banded together last year to recruit Hawley to run, which his allies say he was reluctant to do so soon after being elected attorney general in 2016. He’s been trying to catch up on fundraising for a potential showdown against McCaskill, who had a formidable war chest of $11.5 million at the end of March. Hawley had $2.1 million.

Hawley has also faced some pushback from those hoping to see him more on the campaign trail, which was complicated by his reluctance to attend events attended by Greitens, who was being investigated by Hawley’s office.

Political observers say with Greitens gone, the focus will turn to the U.S. Senate race.

“Now that Eric Greitens is out of the spotlight, Hawley may be able to garner some enthusiasm that was lacking because his Senate campaign was overshadowed by layers of media developments coming out of the state Capitol,” University of Central Missouri political scientist Robynn Kuhlmann said in an email.

Hawley, lawmakers and law enforcement launched multiple investigations into Greitens’ personal and political life during his final months in office. That stoked a rift between Greitens and many fellow Republicans, including Hawley, who repeatedly called on the governor to step down. Greitens finally left office on Friday, but his months-long fight for survival left the GOP bruised and fractured in an election year. 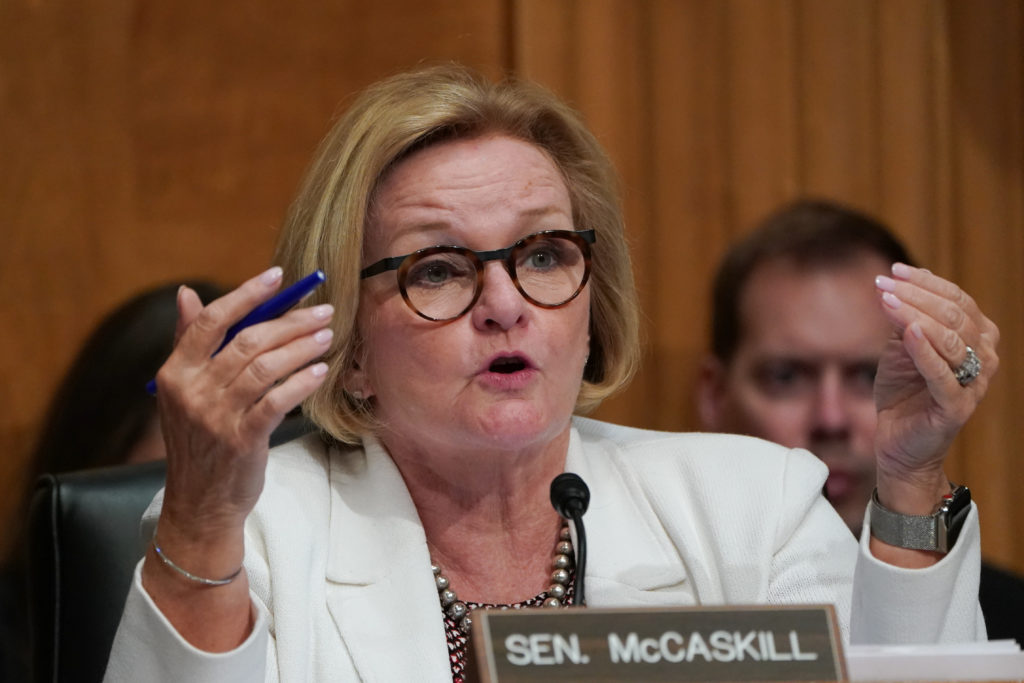 Gale Frolos, who leads the Pike County Republicans in rural northeast Missouri, said Hawley angered Greitens’ supporters when he joined the call for him to leave office. She said that while Republicans dominate the governor’s office and both chambers of the Legislature, “they still attack their own.”

But Vonnahme said on the plus side for Hawley, “it demonstrates his willingness to buck the party a little bit and be willing to pursue the truth regardless of who it hurts.”

Democrats, meanwhile, accuse Hawley of not doing enough about Greitens.

Hawley launched multiple investigations into possible campaign misconduct and the use of a secretive messaging app by governor’s office staff, but the Democratic Senate Majority PAC recently launched an ad campaign criticizing Hawley for being too soft on the governor.

PAC spokesman Chris Hayden wouldn’t say how long the ad will run, but he said they’re not pulling it just because Greitens stepped down.

“Absolutely we’re going continue to talk about this,” Hayden said. “It really puts a whole cloud over everything.”

Hawley campaign consultant Brad Todd dismissed the Democratic focus on Greitens as a waste of time, saying “McCaskill and her allies have squandered six months betting everything they had on this scandal.”

Greitens’ departure could take the bite out of those attacks. Vonnahme said, “There’s only so much harping on this point that voters buy into.”