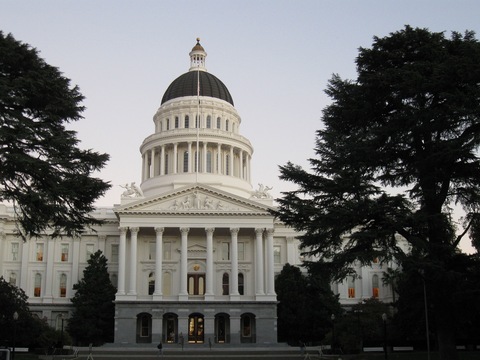 You would think the state is actually broken. And maybe it is. But Silicon Valley seems to be doing well, housing prices in San Francisco remain high, fancy restaurants are packed and tickets to “Richard III” with Kevin Spacey are going for up to $360 each — and are almost sold out.

Yet, Californians are discontented, to the point of disgust. Mostly, they are angry at their government, especially the legislature, which is so polarized it couldn’t agree on a budget until Gov. Jerry Brown slashed and burned state services. It takes a two-thirds vote in the legislature to raise taxes, and the Republicans (like their counterparts in Washington) would not vote for any such increase. So the governor cut money for schools, universities, health care, social services, parks and practically everything else the state is involved in. This is not good news for those who depend on state aid.

The gridlock that engulfs Sacramento has lowered the esteem of politicians, and caused thousands of Californians to seek solutions on their own to fix their government:

“California is such and important state within the U.S., and such an important state frankly with regards to how democracy functions, California almost reflects a little bit of what’s happening in Washington … It’s so partisan that at the end you almost wonder where do the citizens, how are the citizens served?”

So, what are these problem areas? Most of the experts agree on several:

Other subjects have come up for debate as well: Should the legislature be full-time or part-time? Do lawmakers represent too many people to adequately reflect their districts’ concerns? How can you hold your legislator’s feet to the fire and be sure he is doing a good job for you?

These are deep, philosophical, organizational questions that the framers of the U.S. Constitution would have had a hard time answering. But just the fact that so many Californians are involved in asking those questions — even if they can’t answer them — may be a good thing. People (if not the legislators) are taking government seriously, at a time when they need to.