I must confess that I have always had a somewhat narrow view of Civil War history. When my father scooped us up for dutiful family car trips to well-preserved battlegrounds, I viewed it through the lens of horror. So much blood. So much carnage.

And I viewed it through the lens of slavery. How could it be that war could have been waged at such cost over something as self-evident to me (a privileged, free-born black person) that one human should not own another?

I wouldn’t say I avoided that period of our American history, but neither did I much immerse myself in it.

When I did pay attention, what fascinated me most were the stories of how people like me coped, whether they were the 185,000 soldiers of the U.S. Colored Troops — 10 percent of the Union Army — or the enslaved women who remained behind.

Cokie Roberts, the ABC News and NPR correspondent who has returned repeatedly to the well of women’s role in history, broadened my interest in that period of our history once again with her new book “Capital Dames — The Civil War and the Women of Washington.”

Here’s a quiz: when you think of Civil War heroes, can you name a single woman? Unlikely. This was 150 years ago, right? 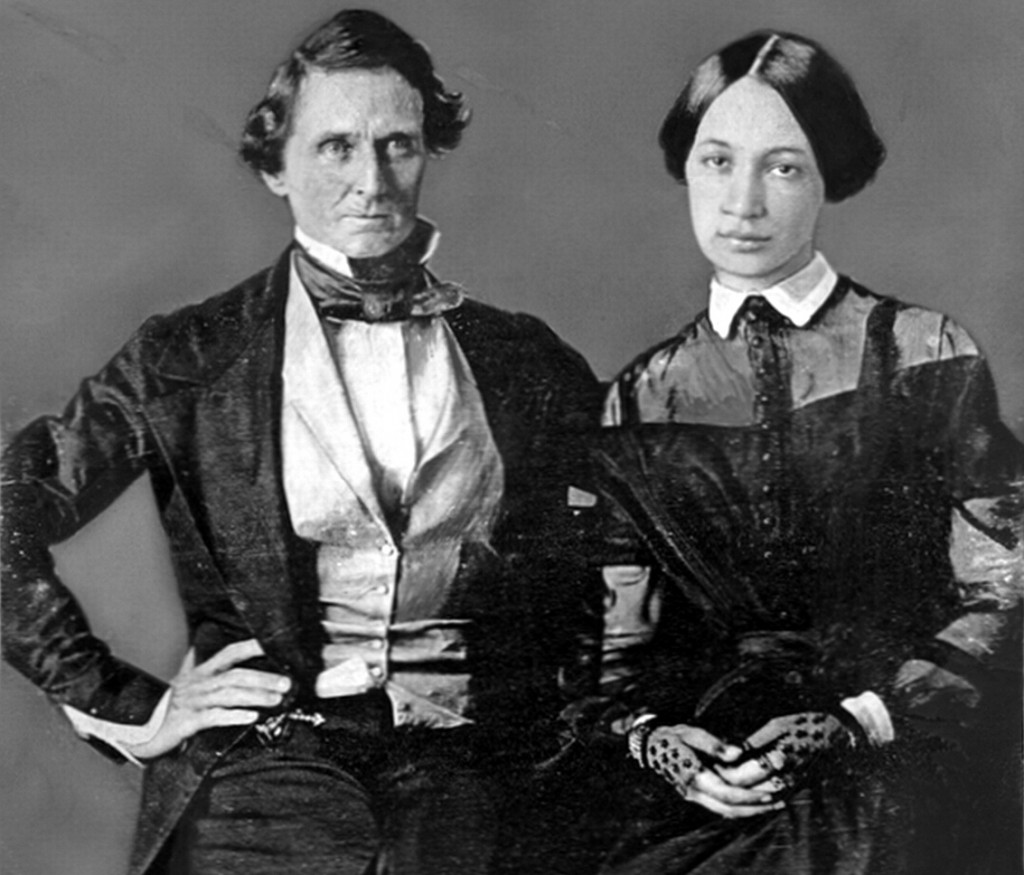 Daguerreotype of Jefferson and Varina Davis, circa 1845.

But Roberts proves — as she did with two previous works on the Revolutionary War — that women were not invisible during the War Between the States.

In the nation’s capital, they were hostesses and strategists — political spies and behind-the-scenes policy makers. It is all the more impressive because they often straddled ideology to do it.

Roberts introduced me to the restless Varina Davis — who would become the first lady of the Confederacy and later in life would befriend Julia Grant, Ulysses S. Grant’s first lady. I also got to learn about Jessie Benton Fremont, a senator’s daughter who later helped her senator husband run for president and became an abolitionist and feminist in her own right.

Too often, we put leadership in boxes. A viral Google search this week unearthed a troubling problem with our perceptions. If you typed “CEO” into the search engine for images, every face that popped up was male — with the weird exception of a “CEO Barbie” lifted from The Onion, the satirical newspaper.

But there is a lot of leadership that a Google search does not capture, even leaving aside the incompleteness of the results. Women lead in home, schools and in PTAs, and in church clubs and, yes, in board rooms.

And it turns out it has always been thus. We led during our wars and our peace. We joined in civil rights marches, although seldom from the front row.

So I am expanding my thinking, and along the way, reclaiming the word “dame.”

If the women Cokie Roberts writes about here are “dames,” you can call me a dame anytime. It always struck me as a spunky description anyway.

Left: Jessie Benton Fremont was an outspoken abolitionist and a feminist in her own right. She is one of the grande dames of the Civil War era, profiled in Cokie Roberts' new book, "Capital Dames: The Civil War and the Women of Washington." This photo is circa 1902, from Online Archive of California.