Politics Jun 30, 2015 6:47 PM EST
In a single 1,150-page swoop, Presidential candidate Jeb Bush released 33 years of his tax returns on Tuesday. The figures and facts show that he and his wife paid an overall average tax rate of 36% and that the last years in particular have been booming. Bush earned nearly $29 million dollars from 2007-2013, the eight years following his tenure as Florida governor. But in previous years, the middle Bush son saw some big ups and downs in income. (Note: this is his earned income, separate from any inheritance already in the bank.) Starting with the $43,498 he earned in 1981, here is a rare single-graph look at three decades in a well-known politician’s income. 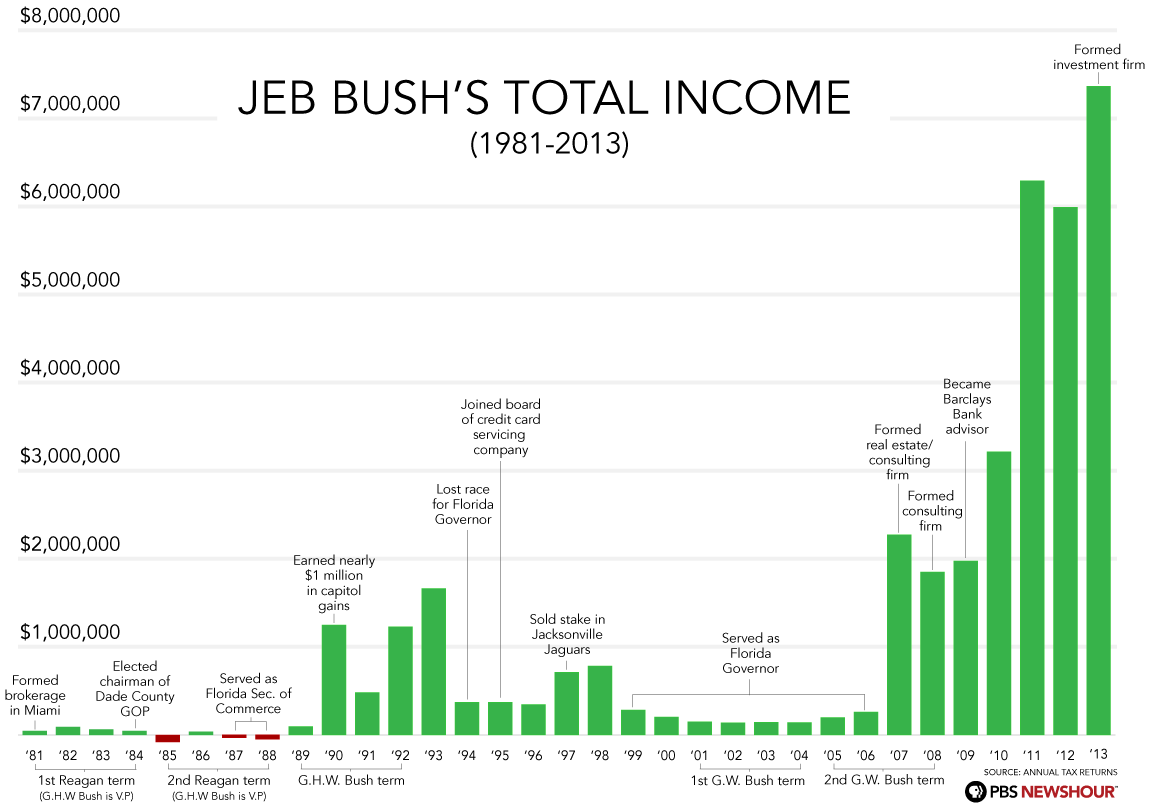