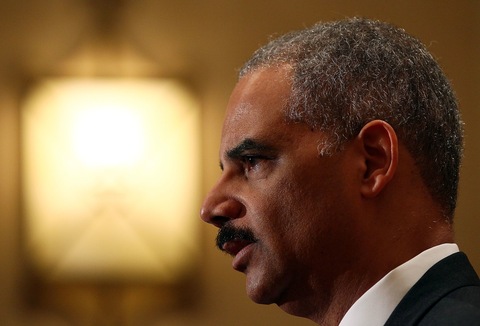 Holder announced the probes in New Orleans after spending the day meeting with attorneys general from Louisiana, Alabama and Mississippi. He did not say which company or individuals are under investigation, but that the Justice Department would be scouring for possible violations of the Clean Air Act, the Oil Pollution Act and the Endangered Species Act.

“If we find evidence of illegal behavior, we will be extremely forceful in our response,” Holder said.

Earlier on Tuesday, President Barack Obama promised a thorough investigation into the April 20 explosion aboard the Deepwater Horizon drilling rig that killed 11 workers. The rig later sank, triggering what is now the worst oil spill in U.S. history.

“We have an obligation to determine what went wrong,” President Obama said from the Rose Garden. “If laws were broken, leading to death and destruction …my solemn pledge is, we will bring those responsible to justice.”

The president’s remarks helped drive BP shares down 6.43 points, or 15 percent, to close at $36.52 in trading on the New York Stock Exchange.

We’ll have more about the latest developments in the oil leak on Tuesday’s NewsHour.