How much will Democrats benefit from Pennsylvania’s new congressional map?

Pennsylvania’s redrawn congressional maps will be used for the first time Tuesday, when voters will cast ballots in the state’s primary races. The primaries will set the stage for the general election this fall, when Democrats will be vying to pick up several House seats.

The new, nonpartisan congressional districts cleared a major hurdle in March, when the state supreme court rejected a lawsuit by Pennsylvania Republicans to keep the old, gerrymandered districts in place. Later that month, the Supreme Court declined to take up the case, ensuring the redrawn districts would take effect for the 2018 midterm elections.

“The new map has a lot more competition,” said Michael Li, the senior counsel for the Brennan Center’s Democracy Program..

Thanks to the new maps, Democrats could pick up several seats this fall, Li said, making Pennsylvania a crucial battleground for the House. The party needs to win 23 seats to retake control of the lower chamber.

Pennsylvania has nearly one million more Democratic voters than Republicans, another advantage for Democratic candidates in a swing state that President Donald Trump won by just 45,000 votes in 2016. 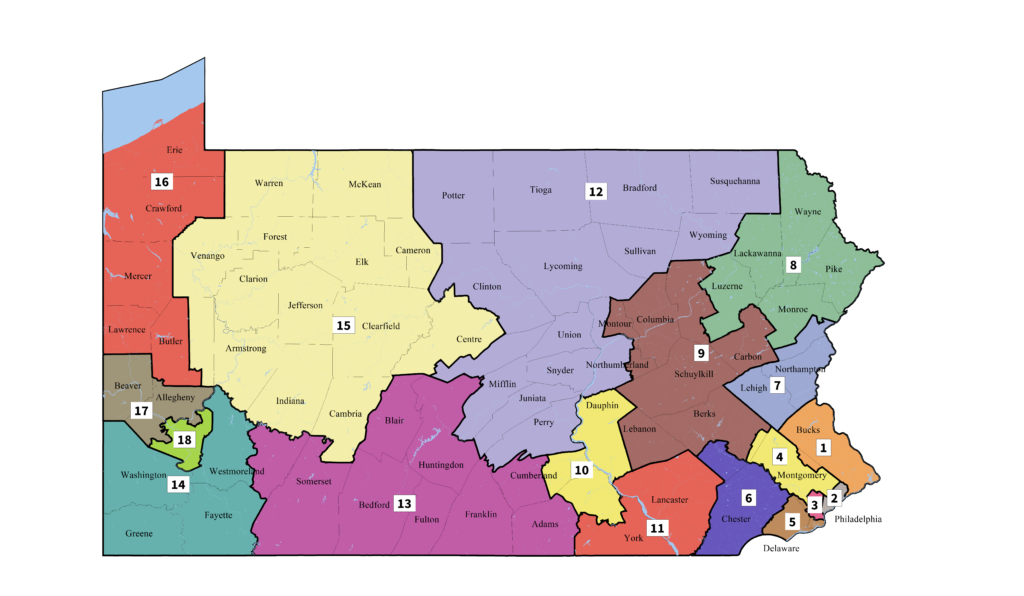 The new maps will transform the political landscape of the Philadelphia suburbs. Before, the Democratic vote in the area was diluted because districts that included Philadelphia’s suburbs also included rural areas to the west of the city, which tend to be more conservative. Some of the new districts, like the fifth congressional district, are shaped by county lines that will give the districts a more liberal bent.

The new lines “decimated” the GOP’s dominance in southeastern Pennsylvania, and gave Democrats a boost in the part of the state where the opposition to Trump is centered,” said Chris Nicholas, a Republican strategist.

The GOP has been hurt by other factors as well, including the decision by several Republicans to resign or retire rather than seek reelection. “There have been a decade of retirements in one cycle,” Nicholas said.

The GOP has been hurt by other factors as well, including the decision by several Republicans to resign or retire rather than seek reelection.

And two Republican House lawmakers from the Philadelphia suburbs, Reps. Pat Meehan and Ryan Costello, are not seeking reelection in districts that would have been competitive even without the new maps. Meehan resigned in April over sexual misconduct allegations. Costello announced in March that he would not seek reelection, in part because of his frustration with the controversies surrounding Trump’s presidency.

The GOP has been unable to recruit strong candidates in both races, while Democrats are fielding impressive candidates that strategists say have a real chances of winning.

In Costello’s district, for example, Chrissy Houlahan — a veteran, former teacher and businesswoman — is running unopposed for the Democratic nomination. Houlahan has been a prolific fundraiser and won endorsements from a broad range of groups on the left, including local unions and EMILY’s List. With Costello out of the race, she will likely be the frontrunner in the general election, where she is expected to face Greg McCauley, a tax attorney seen as the favorite to win the district’s GOP primary. 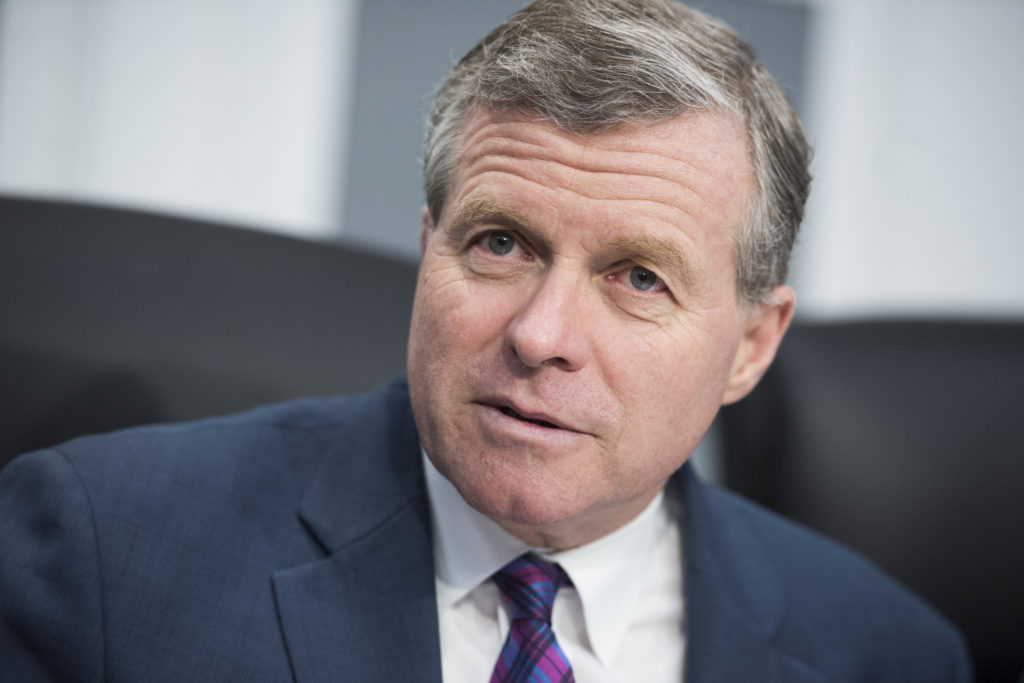 Rep. Charlie Dent, R-Pa., at a hearing on Capitol Hill on March 15, 2018. Dent has said he’ll step down from Congress this month, joining several other House Republicans from Pennsylvania who have resigned or announced they won’t seek reelection. (Photo By Tom Williams/CQ Roll Call)

In another suburban district, the first congressional seat, Republican Rep. Brian Fitzpatrick is running for reelection in an area that is leaning Democratic. Democrats have a competitive primary there between Scott Wallace, a wealthy executive of a charitable foundation and grandson of an architect of the New Deal, and Rachel Reddick an active duty Naval lawyer and advocate for domestic abuse survivors who describes herself as “Donald Trump’s worst nightmare.”

EMILY’s List, which supports women candidates who back abortion rights, has endorsed five women running for office in Pennsylvania this cycle, including Houlahan and Reddick. The state’s congressional delegation currently does not include any women.

In other parts of the state, however, the new congressional maps make what were solid Republican districts even redder. For example, the new 11th district moves from a six-point to a 26-point advantage for the incumbent Republican Rep. Lloyd Smucker. Before the new district was drawn, Smucker appeared vulnerable against the Democrat Jess King, who was endorsed by Sen. Bernie Sanders, I-Vt. But the new district lines make a close race unlikely.

In some parts of the state, the new congressional maps make what were solid Republican districts even redder.

Lamb could also have a difficult time winning a full term after his special election victory in March. The 18th district he currently represents was redrawn, and will be replaced — along with the rest of the current districts — by the new congressional maps in January. Lamb’s home is in what will be the new 17th district, which is currently represented by Republican Rep. Keith Rothfus.

Democrats say Rothfus, a former member for the hardline Freedom Caucus is too conservative for the moderate district, and that Lamb enjoys nearly universal name recognition after winning his high-profile special election. Republicans say the race will not be easy for Lamb to win, in part because Rothfus’ former district makes up a significant amount of the new one.

“I think in some places, they have stars in their eyes,” Nicholas said of Democrats’ ambitions in the state.

“We’re seeing a lot more candidates, more participation in electoral politics, more people running for office and volunteering,” Platt said. “It speaks to the veracity of the way people feel about needing change in government, specifically at the federal level.”

Left: Construction work is pictured on a natural gas pipeline near Morgantown in Chester County, Pennsylvania last year. New congressional maps have made the area and other parts of the region around Philadelphia more competitive for Democrats. File photo by REUTERS/Charles Mostoller