Donald Trump may be the most divisive presumptive presidential nominee in recent history. But the real estate mogul’s rise has also blurred traditional party lines — potentially fueling crossover voters and redefining the Republican Party in the process.

Trump’s blunt, stream-of-consciousness tirades on illegal immigration, women and other issues have stoked a firestorm among GOP leaders. Some prominent Republicans have even declared support for Democratic front-runner Hillary Clinton, while others are scrambling to recruit a third party candidate.

But beyond the divisions at the top of party, it’s becoming clear that many voters also feel a sense of betrayal. And some moderate Democrats who are similarly frustrated with Clinton may be willing to vote for a candidate who has strayed outside the bounds of traditional Republican orthodoxy.

If Trump succeeds in winning over more Democrats than recent GOP nominees, it could buck a pattern of rising political partisanship.

Because for all Trump’s bombast and bluster, he has in certain ways positioned himself as one of the most moderate Republicans ever to headline the presidential ticket, and that could serve him well when it comes to drawing swing voters in the fall.

Trump’s moderate positions on trade, foreign policy and LGBT rights, and his insistence that decisions made in the Situation Room are as negotiable as those made in the boardroom, could disrupt an increasingly polarized political system.

“Part of what many Republicans dislike about Trump is that he’s, quote-unquote, ‘not conservative,’” said Jonathan Weiler, a political scientist at the University of North Carolina and co-author of the 2009 book, Authoritarianism and Polarization in American Politics.

Trump and the crossover vote

Data on the crossover vote is still a bit murky, so it’s unclear exactly how many Democrats and moderates will support him in the general election.

If Trump succeeds in winning over more Democrats than recent GOP nominees, it could buck a pattern of rising political partisanship. Republicans and Democrats are more divided along ideological lines than at any point since 1994, according to a 2014 Pew study. The Cook Political Report found that swing districts declined 45 percent from 1998 to 2012.

Trump’s allies say he could close the no-man’s-land between the aisles by supporting policies that appeal to Democratic lawmakers. But some political scientists say Trump has a better chance of boosting GOP turnout — by engaging new voters who have been left out of the political process — than breaking down polarization. 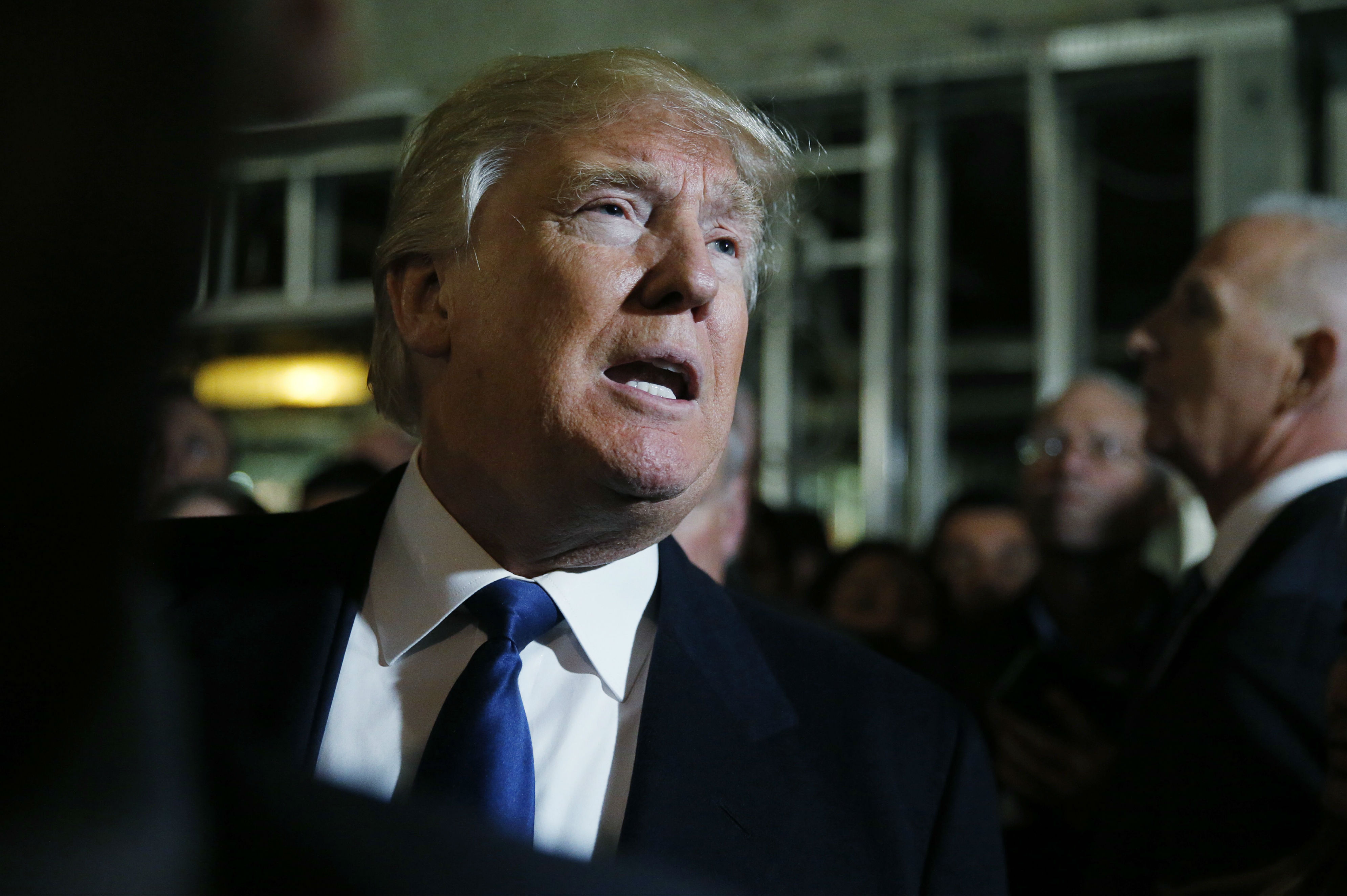 Donald Trump stirred a massive fight in the Republican primaries, but his moderate policy positions could appeal to Democrats in the general election. Photo by Jim Bourg/Reuters

“I don’t think it means that you’re going to have Republicans crossing over in huge numbers to vote for Clinton,” said Todd Shaw, a political scientist at the University of South Carolina. “He’s causing an identity crisis, not a destruction.”

Others argued that Trump has already carved deep fissures in his own party — and taken steps to court independent and Democratic voters — largely because his ideas don’t fit into Republican ideology.

“Donald Trump is ideologically inconsistent, but more importantly, he’s really not a conservative on a series of issues that are economic and foreign policy related,” said Lara Brown, a presidential historian at the George Washington University. “I’m not all that surprised that there is a cohort of Republicans who are looking past just November and are thinking about, ‘What does the GOP stand for as a political party?’”

And while Trump’s moderate positions have galvanized disengaged voters across party lines and repelled staunch party hardliners, his personality has also become a campaign issue unto itself.

His brazen campaign trail theatrics have regularly driven media coverage — and voter support — more effectively than his policy ideas, which he seems to sketch and redraw on a near-weekly basis. (This month, Trump reversed or contradicted previous positions he’d taken on taxes and the minimum wage.)

The importance of personality in this election cycle reflects a larger focus on the personas of presidential candidates, a relatively recent phenomenon that can sometimes overshadow partisan politics, said the historian Dan T. Carter.

“There’s been this acceleration away from the party apparatus, and particularly at the national level, a much greater emphasis upon the candidate, the personality, the figure at the top.”

“There’s been this acceleration away from the party apparatus, and particularly at the national level, a much greater emphasis upon the candidate, the personality, the figure at the top,” he said.

“Donald Trump’s not saying anything brilliantly new,” Shaw added. “A figure like Trump, or someone who’s quite different but also highly mobilized, like Obama, brings a fresh new appearance of leadership to an old set of problems. We are a very candidate-centered electoral system.”

Of course, there’s never been a candidate quite like Trump. But while critics have long mocked his pop culture persona, it gave him instant name recognition with conservatives and liberals when he entered the race — another factor that could contribute to an increase in crossover voters in November.

The U.S. has elected presidents with celebrity appeal before, Brown said, but they were usually military commanders, not reality television stars.

“Andrew Jackson was a celebrity of the time,” she said. But “in the past, political celebrity really meant military war hero, starting with George Washington.”

Trump isn’t the first celebrity to seek the White House — or even the first Republican candidate with crossover appeal. History is littered with candidates that shared some similarities with Trump, Carter said, among them George Wallace and Ronald Reagan, who was a film star before entering politics. But none of them wound up attracting Democrats in large numbers, something Trump could accomplish this year.

Brown, the presidential historian, compared Trump to Ross Perot, the most successful third-party candidate in history. Perot, like Trump, was an outsider who upended conventional wisdom and gathered 19 percent of the popular vote in 1992.

Perot’s success as an independent candidate proved that large numbers of impassioned, frustrated voters are willing to rebel against the two-party system. If history is any indication, could the same political forces propel Trump to the White House and break open partisan politics as we know it? It’s simply too early to tell.

But it’s clear that Trump has already made a lasting mark on the political system, Brown said. “Americans have tried very hard for a decade to send Washington a message that neither party wanted to hear, because both parties were wrapped up in their partisan agenda.”

Left: Donald Trump's moderate positions on certain subjects could serve him well when it comes to swing voters. Photo by Mark Kauzlarich/Reuters