How Trump fits into the history of presidential vetoes

The Senate approved a resolution Thursday rejecting President Donald Trump’s national emergency declaration for the U.S.-Mexico border. The House voted in favor of the measure last week, and now, after its bipartisan passage in the Senate, the resolution is headed to Trump’s desk.

In a tweet shortly after the Senate vote, Trump promised to veto the measure that would deny him funding to build a border wall. It would be his first veto since taking office.

“I look forward to VETOING the just passed Democrat inspired Resolution,” he wrote, adding that the resolution would “OPEN BORDERS while increasing Crime, Drugs, and Trafficking in our Country.”

Neither chamber has the two-thirds majority votes necessary to override a presidential veto. Nevertheless, the vote marked a symbolic rebuke from Senate Republicans on Trump’s signature issue. Twelve Republicans joined Democrats in voting for the measure, a sizeable defection in a caucus that has rarely broken with the president.

With Trump poised to veto the measure, here’s a look at high-profile presidential vetoes from past presidents, and what they say about a commander-in-chief’s legislative agenda and relationship with Congress.

How Trump measures up to his predecessors

Once he vetoes the measure, Trump will be nowhere near the all-time record for vetoes by a president. That superlative belongs to President Franklin D. Roosevelt, who vetoed 635 bills while in office.

The vote marked a symbolic rebuke from Senate Republicans on Trump’s signature issue.

Presidents who have issued a high number of vetoes have often done so in response to pushback from members of Congress, whether it’s within their own party or an opposing party.

“Roosevelt had a very substantial Democratic majority, but he didn’t have quite as much control over the Democrats as he would have liked to at the time,” said Thomas Patterson, a professor at the Harvard Kennedy School. Patterson pointed out that a number of bills that Roosevelt rejected were supported by a coalition of Southern Democrats and conservative Republicans who opposed the president on civil rights issues.

President Gerald Ford issued 66 vetoes during a period when both the House and Senate were controlled by the opposite party. President Ronald Reagan holds the more recent high tally with 78. But Patterson said that Trump is unlikely to come anywhere close to that number with the current makeup of Congress. 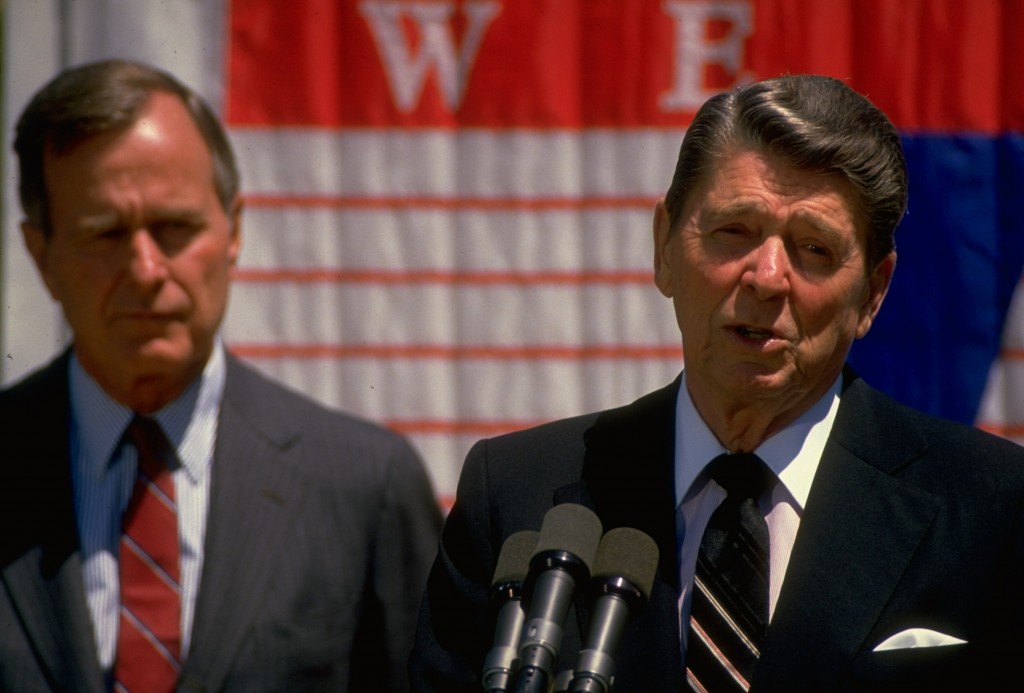 President Ronald Reagan issued 78 vetoes during his two terms in office. No president since then has issued more. File Photo by Diana Walker/Time Life Pictures/Getty Images

“In some degrees, this deadlocked situation we have in Congress puts vetoes on the sidelines,” Patterson said, who noted that much of the legislation that Trump would be likely to veto doesn’t have much chance of making it to his desk with a divided House and Senate.

Some vetoes are strategic

Some past presidents have seen vetoes as bargaining tools, particularly around legislation like budget bills.

Patterson gave the example of President Bill Clinton, who contended with a Republican-controlled Congress for much of his presidency and often used vetoes as a way to get more of what he wanted in budget negotiations. Clinton’s first veto, for example, was of a $16.4 billion spending bill in 1995 that would have cut education programs and added money for some projects being pursued by Republicans. A few months later, he vetoed another bill that would have cut funding for Medicare and triggered what was then the longest government shutdown in history.

Early in his presidency, Clinton told the press that he wanted to work with Congress and avoid a “pile of vetoes.” He left the White House having issued 37.

President Barack Obama was strategic about the vetoes he issued as well. Princeton University historian Julian Zelizer argued that Obama’s strategy had more to do with an overall goal of reducing executive power than dealing with budgetary issues.

“Part of his presidency was about reigning in presidential power,” Zelizer said, adding that Obama wanted to be cautious following President George W. Bush, who “angered [the] left and the right to get what he wanted on national security.”

In some cases, Obama used vetoes to send a message to the public even when he struggled to pass legislation in Congress.

In some cases, said Zelizer, Obama used vetoes to send a message to the public even when he struggled to pass legislation in Congress.

Obama’s 2015 rejection of a bill that would have gotten rid of some rules key to the union organizing process, for example, “made a statement that workers should have a right to determine who represents them,” said Zelizer. With the veto, he said, Obama was able to “show labor that he’s with them even though his presidency wasn’t doing much for unions.”

While vetoes have the power to override Congress, the most-remembered vetoes are often those issued on ideological, rather than strategic, grounds.

Reagan’s most remembered veto is perhaps his rejection of a bill that would have levied sanctions against South Africa during apartheid. This veto became “part of the story of the president not being on the side of racial justice,” Zelizer said, and “fulfilled the worst stereotypes about Republican administration.”

Other presidents have issued ideological vetoes to appeal to their base. In 2006, Bush issued his first-ever veto in response to a bill that would have allowed more federal funding for stem-cell research. The move was opposed by the scientific community but popular among the president’s anti-abortion base.

Clinton issued a veto on similar ideological grounds in 1996, when he rejected a partial-birth abortion ban. Of all the vetoes Clinton issued, that’s the one that still “really fuels some of the anger against” him, Zelizer said: “He kind of stood on the side of opposing this kind of restriction, which he said would put mother’s lives in danger, and said it wasn’t necessary.”

While it’s unlikely Trump will use his veto power frequently, Patterson said he could envision the president developing a Ford-like affinity for vetoes if Democrats control both chambers of Congress.

“I think once he does it, he’s going to enjoy it,” Patterson said. “He very much loves to use executive power.”

Left: President Donald Trump is poised to issue his first veto, on a resolution of disapproval over his national emergency declaration for the Southern border. File photo by REUTERS/Jonathan Ernst