‘I will not be intimidated’: Read Brett Kavanaugh’s full letter defending against latest allegations

Judge Brett Kavanaugh says he will “not be intimidated into withdrawing” his nomination for the Supreme Court after allegations of sexual misconduct.

Kavanaugh and his first accuser, Christine Blasey Ford, will testify to the Senate Judiciary Committee on Thursday. A second woman, Deborah Ramirez, has told The New Yorker that Kavanaugh exposed himself to her in college. Kavanaugh denies both allegations.

In a letter to the Judiciary panel, Kavanaugh says, “These are smears, pure and simple.” He calls the allegations “grotesque and obvious character assassination” and says they could dissuade others from entering public service.

Kavanaugh says threats of violence against his family and “the coordinated effort to destroy my good name” won’t drive him out.

Several Senate Republicans have called the allegations “smears” and urged a vote on Kavanaugh after Thursday’s hearing. 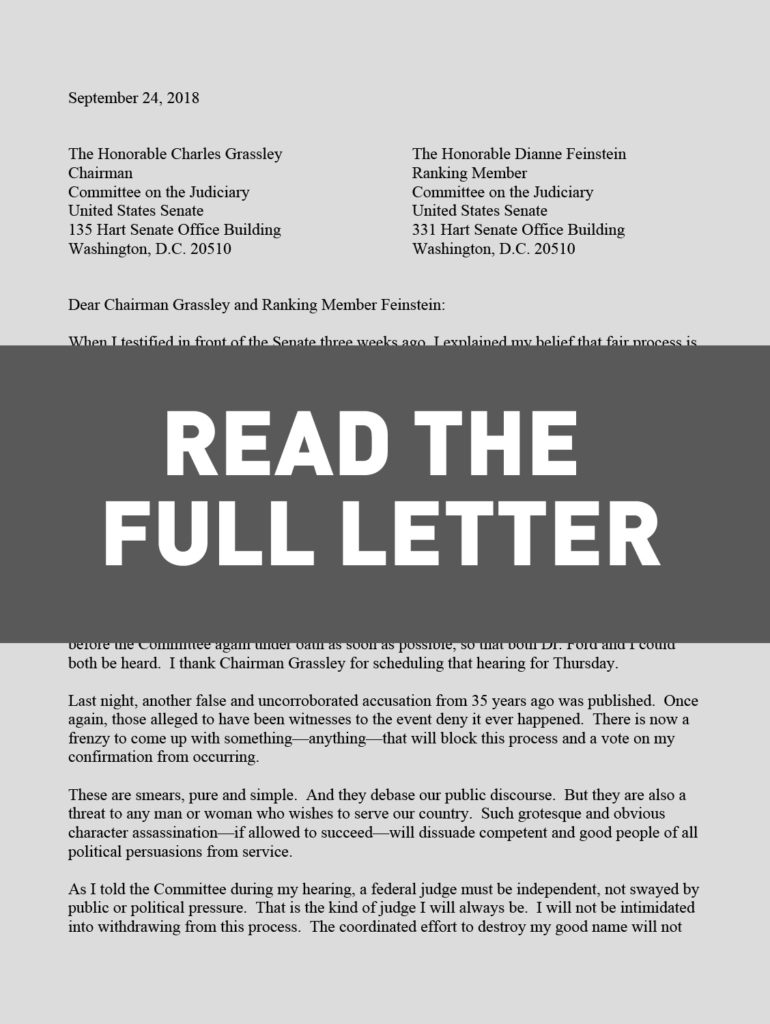 Left: Supreme Court nominee Brett Kavanaugh and Christine Blasey Ford, who has accused him of sexual assault, are scheduled to testify before the Senate Thursday. File Photo by Chip Somodevilla/Getty Images