WASHINGTON– Illinois Rep. Aaron Schock repaid $40,000 from his personal checking account for redecorations to his congressional office in the style of the TV show “Downton Abbey,” according to financial records reviewed by The Associated Press.

Schock paid $35,000 earlier this month to the owner of the Illinois decorating firm Euro Trash, and $5,000 more on Thursday, the records showed. His official House expense account had previously paid the group for its services.

Schock, a rising star in the Republican Party, has been under scrutiny for using taxpayer money to pay for the redecorating, as well as using his official and campaign funds for flights on donor-owned planes and concert tickets.

The Washington Post was first to describe the office decorations in early February. A watchdog group has since requested a House ethics review of the congressman’s spending. 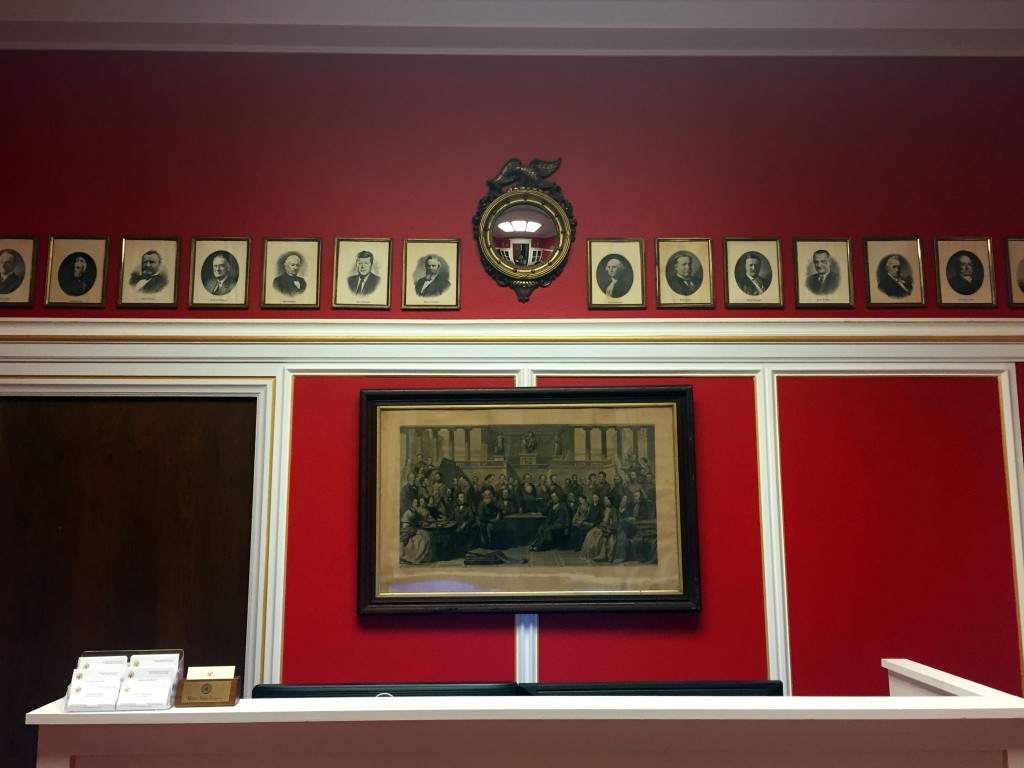 Schock’s office said Friday his payments made good on an earlier promise to personally shoulder the costs of the office renovation. Schock wrote two checks – for $25,000 on Feb. 4 and $10,000 on Feb. 6 – to Tracy “Annie” Brahler, owner of Euro Trash. He wrote a third check for $5,000 on Thursday.

“Congressman Schock has fulfilled his commitment to pay for all the renovation costs,” his office said Friday in a prepared statement. It said that while congressional office costs are usually paid from office expense accounts, “the congressman believed it appropriate to pay these costs himself.”

Schock, 33, is in his fourth term representing the Peoria and Springfield areas.

This week, Schock brought on board a team of campaign finance lawyers and public relations experts to address the controversy about his expenses. His financial charges – including the use of his donors’ private aircraft and concert tickets – were detailed by the AP and other news organizations since news of the decoration work became public.

An AP review this week identified at least a dozen flights worth more than $40,000 on contributors’ planes since mid-2011, tracking Schock’s reliance on the aircraft partly through the congressman’s pictures uploaded to his Instagram account. The AP extracted hidden location data associated with each image; it then correlated it with flight records showing airport stopovers and expenses later billed for air travel against Schock’s office and campaign records.

Lawmakers can use office funds for private flights as long as payments cover their share of the costs. But most of the flights Schock covered with office funds occurred before the House changed its rules in January 2013. Those earlier rules prohibited lawmakers from using those accounts to pay for flights on private aircraft, allowing payments only for federally licensed charter and commercial flights.

Schock previously told the AP he travels frequently throughout his Peoria-area district “to stay connected with my constituents,” and that he takes compliance with congressional funding rules seriously.

Schock also spent thousands more on tickets for concerts, car mileage reimbursements – among the highest in Congress – and took his interns to a sold-out Katy Perry concert last June.

His office is still reviewing those transportation and entertainment charges.

The Post first reported that Brahler donated her services as she decorated Schock’s Washington office with red carpet and red walls accented with antique-looking frames and sconces reminiscent of “Downton Abbey.” The popular PBS show depicts the lives of aristocratic families and their servants in 1920s England.

Brahler refunded to the U.S. government $35,000 paid to her from Schock’s congressional office expense account, records show, within days of the Post’s report.

A liberal-leaning group, Citizens for Responsibility and Ethics in Washington, had requested an investigation by the Office of Congressional Ethics, an outside panel that reviews ethics complaints against House members.

Left: Rep. Aaron Schock's (R-IL) office, designed to resemble the dining room of the PBS show "Downton Abbey," is shown in this Jan. 30 photograph. Schock has repaid $40,000 from his personal checking account for the redecorations, according to financial records reviewed by The Associated Press.Credit: Ben Terris/The Washington Post via Getty Images