Republican front-runner Donald Trump and Sen. Bernie Sanders have painted vastly different portraits of what ails the American economy. But ahead of Tuesday’s primary in Indiana, the two candidates have converged on a common enemy: Carrier, an air conditioning manufacturer that recently announced plans to move jobs from Indiana to Mexico.

Trump is poised for a big win in Indiana that would all but end Sen. Ted Cruz’s chances of blocking him from winning the GOP nomination. The state’s Democratic primary is closer, with Clinton holding a small lead over Sanders heading into Tuesday.

Both Sanders and Trump have blasted Carrier’s move in campaign stops across Indiana, placing the company in the crosshairs of a bitter debate on trade policy and outsourcing. In a fiery speech on Friday on the steps of Carrier’s Indianapolis plant, Sanders decried the move as “the kind of corporate behavior that is destroying the middle class of this country.”

Carrier said in a statement last month that the move to Mexico “wasn’t an easy decision,” adding that “we recognize the personal impact on our workers, families and communities.”

The company said it would help the plant’s employees find new work and had repaid city and state tax incentives it received to stay in Indiana. Carrier is slated to close its Indianapolis plant in 2019, along with a separate plant owned by its parent company in Huntington, Indiana, in 2018. The two plants employ 2,100 workers. 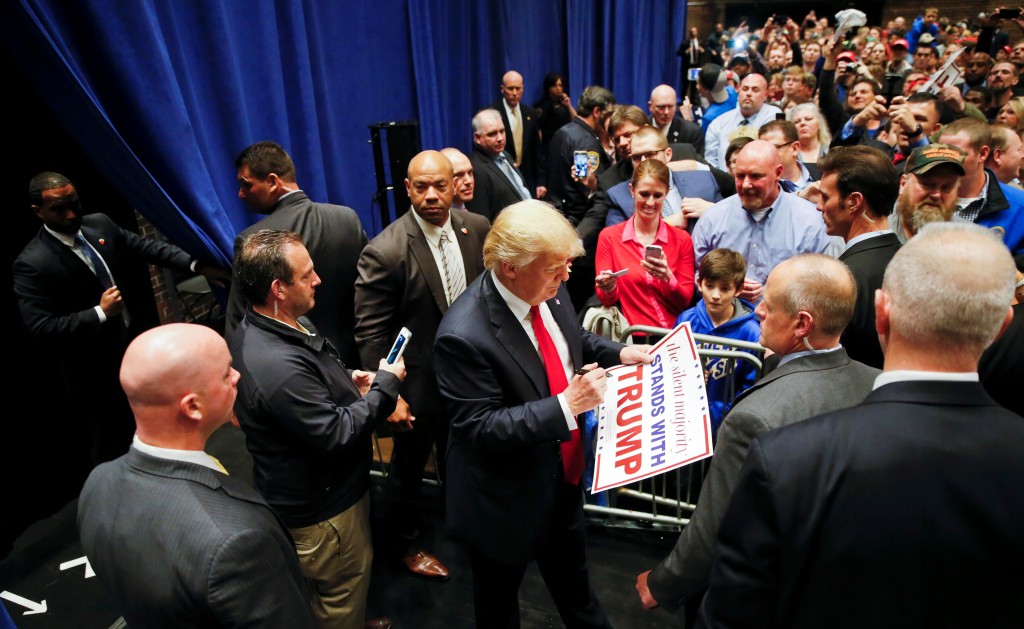 On the stump in Indiana, Trump has repeatedly promised to raise import taxes on products sold by Carrier and other companies that have outsourced jobs overseas. Cruz scoffed at the proposal in a speech last week in Fort Wayne, saying that Trump shouldn’t aim to “punish” the company. “That’s what big-government liberals do,” Cruz said.

Trump’s advocacy of high tariffs is a relic of the past, said Claude Barfield, a resident scholar at the American Enterprise Institute, a conservative think tank. “That’s what you would have had Republicans in the 1890s saying,” Barfield said.

To Sanders and Trump, the Carrier story symbolizes the plight of blue-collar American workers. But Indiana may not embody that narrative as seamlessly as their campaign speeches suggest. The Hoosier State economy is doing quite well, said Michael Hicks, the director of Ball State University’s Center for Business and Economic Research in Muncie, Indiana.

“If you look at any map of business climate or job growth index or whatever, Indiana sort of sticks out within the industrialized Midwest,” Hicks said.

The state has seen 60 months of job gains. Indiana gained more than 90,000 manufacturing jobs since July 2009 — the second-highest in the nation during that time period, according to state data. Manufacturing represents a larger share of Indiana’s economy than any other state.

At the same time, more than 50 counties in the state saw their populations decline last year alone, fueling the perception that manufacturing jobs in Indiana are growing scarcer — an idea with a powerful pull for Trump and Sanders’ supporters. Still, Indiana is an imperfect symbol for the candidates’ doom-and-gloom anti-trade rhetoric, experts said.

“The lie — and I don’t know what else to call it — that manufacturing is in peril resonates because it’s easy to drive past an empty factory,” Hicks said. 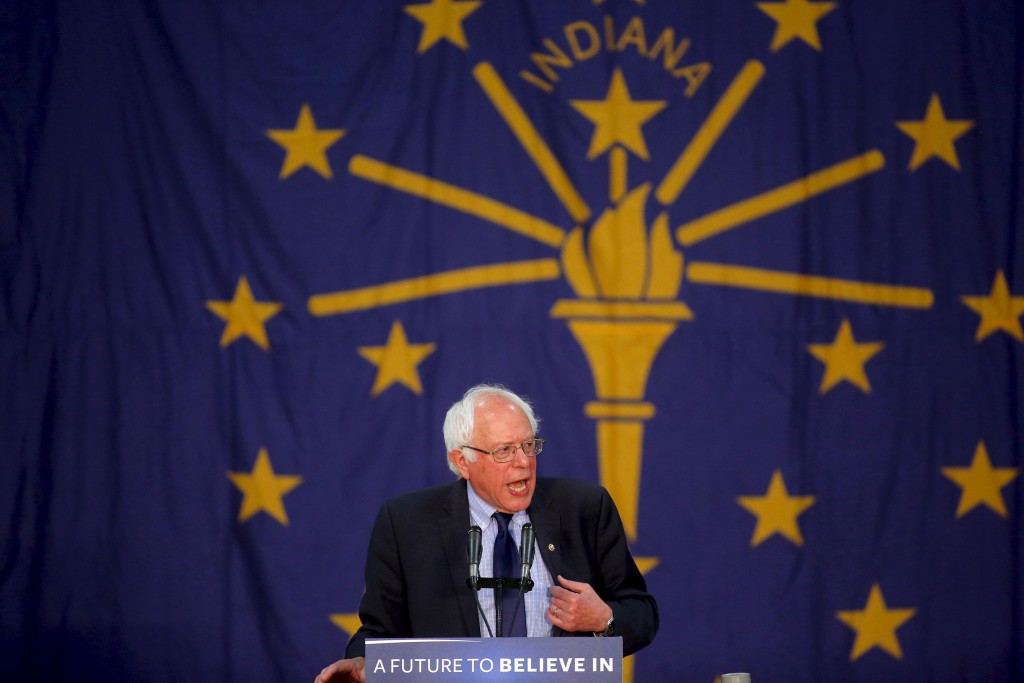 “We’ve lost so many jobs for the really simple reason that we’re damn good at making stuff,” he added, referring to advances in technology.

He also said that moving jobs to Mexico makes over regulation and international trade deals a convenient political scapegoat, for candidates and companies alike.

If companies “say the jobs are going to Mexico, that’s a good lobbying point for the national manufacturing lobby that’s complaining about worker costs,” Hicks said. “This fits very nicely into what K Street supporters of manufacturing are saying about regulation driving their jobs to Mexico.”

But they’re missing the larger picture, Barfield said. “For every Carrier, there are more than 100, 125 companies that came into Indiana from abroad who did not get a front page [story in] the Indianapolis Star.”

“The emotional argument sometimes tends to work a little better with some of these folks here, just because of Indiana’s long-term manufacturing history.”

And last year, Hicks said, was a record high year for manufacturing on the national level. “We’ve never made this much stuff or this dollar value worth of stuff,” he said.

Still, the rhetoric has stuck with many Hoosier voters, said Abdul-Hakim Shabazz, who runs IndyPolitics.org, an influential state politics blog. The data says manufacturing is surviving — even thriving — in Indiana, but some voters find that hard to believe when friends and neighbors’ job losses are fresh in their minds, Shabazz said.

“The emotional argument sometimes tends to work a little better with some of these folks here, just because of Indiana’s long-term manufacturing history,” he said. “Manufacturing isn’t what it was for our grandparents.”

In the weeks leading up to Tuesday’s Indiana primary, Trump and Sanders capitalized on voters’ economic angst, said Kyle Babcock, a veteran Republican consultant based in Fort Wayne and an uncommitted national GOP delegate. Indiana’s open primary will likely benefit them both, drawing independents and young voters to the polls.