In Wis., Different Recall Votes, But a Newly Motivated Democratic Base? 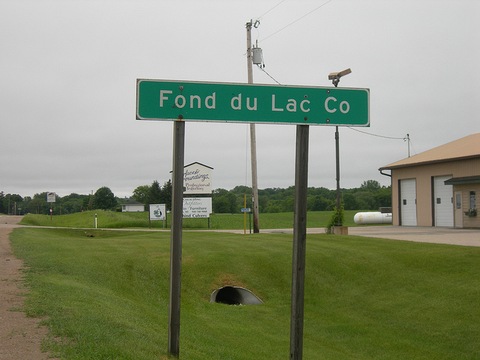 After two weeks of recall elections in Wisconsin, the Democratic Party has some things to crow about. On Tuesday, the party held onto the one seat it could have lost that day. And last week, the Democrats beat back primary challenges from Republicans trying to short-circuit those recall efforts.

Maybe, but what are the Wisconsin recalls actually about? Not every vote is focused on the balance of power in the state Senate or Gov. Scott Walker’s limiting the powers of public-sector unions. Some are about more local and personal issues.

As we noted Tuesday, the recall in the state’s 14th Senate District and in the Service Worker Center of Waushara County centers on the question of whether the small towns in the area, full of public-sector employees, will vote out a supporter of Walker’s plans. The sitting GOP Sen. Luther Olsen won in unopposed races in 2004 and 2008.

But in the state’s 16th Senate District, which holds the Emptying Nest of Fond du Lac County, the question is about much more about the personality and personal life of the incumbent. And in the 8th Senate District, which holds the wealthy sections of Milwaukee County (an Industrial Metropolis) and the wealthy Monied Burb counties around it, the issue is what will happen in an area where the political atmosphere is extremely charged.

If Wisconsin’s Democrats have any hope of taking back the state senate, they will likely have to win the recall fight against sitting state GOP Sen. Randy Hopper. Hopper won the seat in 2008 by a mere 200 votes and since then, beyond any blowups around Walker, his personal life has come under the microscope.

When a group of recall supporters marched on Hopper’s home in Fond du Lac, they were met by his estranged wife who told the crowd Hopper no longer lives there. Hopper’s new girlfriend is 19 years his junior and critics have raised questions about how she got her job.

None of that is the kind of thing that goes over particularly well in a small, aging community like Fond du Lac. And while most everyone we spoke with in town told us the recall is not a hot topic of conversation (something we also heard in Waushara County), driving around the streets of Fond du Lac there are more signs for Hopper’s opponent, Jessica King, than there are for him.

That’s especially significant when you consider Fond du Lac is Hopper’s hometown and King is deputy mayor of nearby Oshkosh. One employee at a local Taco Bell on the east side of town said the restaurant had a sign up supporting Hopper, but took it down after some members of community called to express displeasure.

King and the Democrats feel good about their chances to win that seat in the recall on Aug. 9, but if they do what will it mean? The results may be framed as being about the general mood in Wisconsin, but they be just as much (or more) about the voter’s feelings toward Hopper.

That’s something to keep in mind in all these recalls. Local communities and candidates bring their own baggage to the fights.

But that’s not the case everywhere.

A Larger Battle in Milwaukee

Throughout the weekend Patchwork Nation talked to people in the places around the state and found voters who said they were paying little or no attention to the recall fight. The opposite was true down in northern tip of Milwaukee County in the 8th Senate District.

In the streets, at the bars and at the coffee shops everyone agreed, the local recall fight between sitting GOP Sen. Alberta Darling and challenger Sandy Pasch is on everyone’s minds – and lips.

“Everyone is talking about it. All of my friends are voting and many have signs up,” said local resident Henk Joubert, who cannot vote himself as he is a visitor from South Africa. “Just walk around and you can see the signs.”

Yes, you can. And not only many signs up, they seem pretty evenly split and with a definite pattern to them. They sit in clumps. Some streets are empty, but where there is a group of signs up for one candidate, there is almost certainly another group for the other candidate nearby. When one person on the street declares their preference, others have to make theirs known as well.

And while there are political ads airing on TV all over the state, many are about candidates not paying their taxes or doing something unsavory – personal attacks. In the 8th District, they are all about candidate positions and who stands with the middle class.

What’s so different about the 8th? For one thing, it is remarkably divided – Darling won her seat by 1 percent in 2008 – but it also not a small town, but rather an urban/suburban area full of wealthy middle class (and upper middle class) voters focused on things like cuts in education spending.

And, perhaps most important, this is Scott Walker’s home turf. Before he was governor, Walker was county executive for Milwaukee. These are voters who know Walker personally and voters who have had opinions on him for some time.

That may make the 8th District the one to watch on Aug. 9. If Pasch defeats Darling and the Democrats take the seat, it would suggest some real problems for Walker and the GOP in the weeks and months ahead in wealthy, swing-voting areas.

In the national context, however, the 14th District may be the battle worth studying. As we wrote Tuesday, state Sen. Luther Olsen has won twice with no opposition. Even a close race might suggest the Republicans should get concerned about small-town Service Worker Centers like Waushara.

In truth, there is no simple answer for the meaning of Wisconsin’s summer of recalls. But one thing seems clear from the first rounds of recalls there – the Democratic base, which was so demoralized in 2010, has found some issues to rally around in 2011.