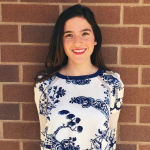 These results are among many that were collected by Edison Research as voters were exiting polling booths. The figures are represented by 2,043 Republican primary voters interviewed at 35 randomly selected polling booths.

As Republican voters headed to the polls in South Carolina on Saturday, some had decided upon their candidate of choice months ago, while others said they made up their mind on the day of the primary. Of the voters who had decided on their choice over a month ago, 56 percent were set on businessman Donald Trump.

The interactive above takes a closer look at when voters decided to support their candidate of choice.