What Do You Think About Obama’s Proposal to Reduce Social Security? 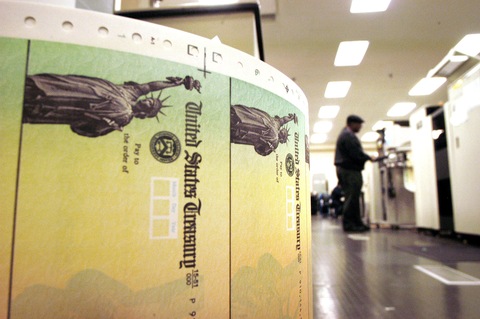 Obama’s budget proposal includes a mix of tax increases and benefit cuts in an effort to reduce government borrowing and spark the still-fragile economy. Obama says it is the kind of balanced approach that is necessary to tame runaway budget deficits.

Obama’s budget blueprint would increase taxes by $1 trillion over the next decade. Most of the tax increases would target wealthy households and corporations, though some, including a tax increase on cigarettes, would hit low- and middle-income families, too.

At the same time, Obama’s plan would trim benefit programs like Social Security and Medicare while adding new spending on infrastructure and early childhood education.

The most sweeping proposal is to adopt a new measure of inflation for the government, which would gradually reduce benefits and raise taxes at the same time.

Starting in 2015, Social Security recipients, military retirees and civilian federal retirees would get smaller benefit increases each year. Taxes would gradually go up because of smaller annual adjustments to income tax brackets, the standard deduction and the personal exemption amount.

Most of the savings would come from Social Security. On average, the new measure would reduce annual cost-of-living adjustments, or COLAs, by 0.3 percentage points. This year, the COLA was 1.7 percent. Under the new measure, it would have been about 1.4 percent.

Obama rarely mentioned Social Security during his re-election campaign in 2012. But four years earlier, he was more forthcoming, and some liberal groups have been circulating the video evidence.

In a 2008 speech to AARP, Obama laid down this marker: “John McCain’s campaign has suggested that the best answer for the growing pressures on Social Security might be to cut cost-of-living adjustments or raise the retirement age. Let me be clear: I will not do either.”

On Wednesday, Obama said he was compromising.

“I don’t believe that all these ideas are optimal, but I’m willing to accept them as part of a compromise if and only if they contain protections for the most vulnerable Americans,” Obama said.

There would be provisions to reduce the impact on older Social Security recipients and those who receive Social Security disability benefits for at least 15 years. In all, the new measure would reduce scheduled benefits by $130 billion over the next decade, according to administration estimates. It would raise taxes by $100 billion.

By comparison, the biggest tax increase in Obama’s budget would limit the value of itemized deductions for wealthy families. The limits would apply to all itemized deductions, including those for mortgage interest, charitable contributions and state and local taxes. They would also apply to tax-exempt interest, employer-sponsored health insurance and income exclusions for employee retirement contributions.

The proposal would raise $529 billion over the next decade.

What do you think? Should the president leave Social Security alone? Is his approach necessary to decrease the deficit? Will his plan protect future retiree benefits? Comment below and stay tuned to the PBS NewsHour Thursday for a discussion on this issue.