John McCain a ‘no’ on Graham-Cassidy health care repeal effort 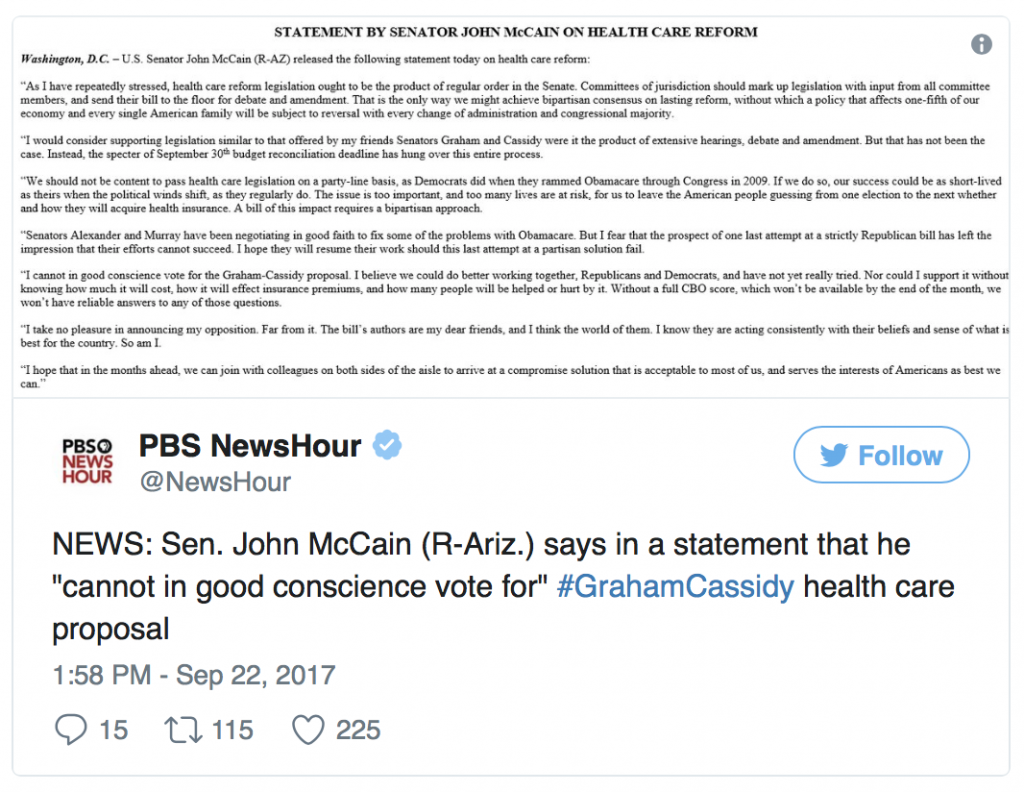 “I cannot in good conscience vote for the Graham-Cassidy proposal,” the Arizona senator said in a statement today about the legislation authored by GOP Sens. Lindsey Graham and Bill Cassidy. “I believe we could do better working together, Republicans and Democrats, and have not yet really tried. Nor could I support it without knowing how much it will cost, how it will effect (sic) insurance premiums, and how many people will be helped or hurt by it.”

McCain said a CBO score wouldn’t be available by the end of the month, meaning “we won’t have reliable answers to any of those questions.”

The new health care bill, sponsored by Sen. Lindsey Graham and Sen. Bill Cassidy, would bring sweeping changes to the current system. Lisa Desjardins and Sarah Kliff of Vox join John Yang to explain the policy and politics behind the bill.