Marcia Coyle Answers Your Questions on the Retirement of Justice Stevens 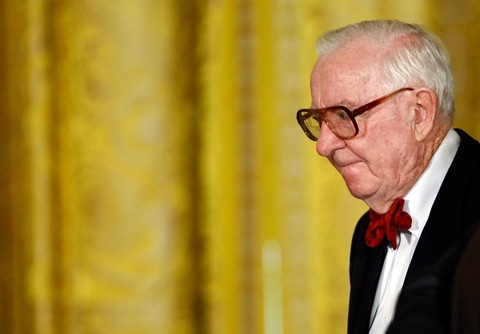 Regular NewsHour analyst Marcia Coyle of the National Law Journal took your questions about the retirement of Supreme Court Justice John Paul Stevens and about who President Obama might be considering to replace him. Read her answers below, and watch more of her analysis on the NewsHour.

Scott P. asks Why have presidents moved away from appointing law professors or fellow politicians to the Court — for instance, President Eisenhower appointing then-California Governor Earl Warren in 1953 — in favor of almost exclusively drawing from the appellate court? Among the various factors considered for the many qualified candidates in order to make the Court’s points of view more diverse, that aspect seems almost purposefully overlooked.

Marcia Coyle: You are very insightful, Scott. Even though there is more talk in recent years of choosing nominees who would bring greater diversity of background to the Supreme Court, presidents still turn to appellate judges. I think there are two reasons: First, some genuinely believe that appellate or district court experience is the best preparation for the Supreme Court, and second, that experience gives a president a track record by which to get a better sense of what kind of justice the nominee would be. All presidents want a nominee who shares their basic philosophy and a blank slate is too risky.

Chris M. asks: What were the most controversial decisions Justice Stevens was involved in?

Marcia Coyle: I’ll just give you a sample, Chris. He wrote so many majority opinions in his 34 years as well as some very powerful dissents. Among his more controversial majority decisions which I have described on The National Law Journal’s Web site are:

Clint asks: When will his 90-page dissent of the Supreme Court’s freedom of speech case for corporations be released, or is it already posted on their Web site?

Marcia Coyle: Clint, you can access Justice Stevens’ dissent at the Supreme Court’s Web site. I’m happy to give you the exact Web address for the opinion: http://www.supremecourt.gov/opinions/09pdf/08-205.pdf
Mike asks: What are the qualifications to be a Supreme Court judge — just be a citizen?

Marcia Coyle: Surprisingly, the Constitution does not list any requirements or qualifications for someone to be appointed a justice. Senators may have their own informal list of qualifications, including someone learned in the law. The American Bar Association also rates the nominees based on their experience, education and temperament. The last sitting justice without a formal law degree was Stanley Forman Reed, who served from 1938 to 1957.
Neil asks: Who are the liberal candidates being considered and what are their chances for approval?

Marcia Coyle: The conventional thinking is that the president will not appoint someone who is so liberal that the nomination will provoke a long, hard fight in the Senate. Those considered “moderately liberal” are Elena Kagan, former dean of Harvard Law School and now Solicitor General of the United States; Janet Napolitano, former governor and attorney general of Arizona and now secretary of the Department of Homeland Security, and Judge Merrick Garland, who sits on the federal appellate court in Washington D.C. and is former federal prosecutor.

Those three probably would have little trouble being confirmed, although everything is contentious in the current Senate.

The list of potential nominees seems to grow day by day, so stay tuned to the NewsHour. Many of the names were scrutinized just last year when President Obama sought a replacement for Justice David Souter. But there’s always the possibility of a surprise.