Mark Shields, a voice of political civility across decades, dies at 85

For 30 years, PBS viewers tuned into the NewsHour on Friday nights to hear what Shields had to say about the most pressing political issues of the week. Mark brought a lifetime of Washington experience to the conversation, drawing upon his work on countless political campaigns supporting candidates from Robert F. Kennedy to Moe Udall to Sargent Shriver.

Sitting opposite a conservative counterpart — David Gergen, William Safire, Paul Gigot, Michael Gerson, David Brooks – Mark helped the PBS NewsHour establish its reputation as a place where even the most contentious political issues could be discussed with respect and civility.

“It would be hard to describe a political temperament more needed in our times,” said Michael Gerson.

“He personified all that’s special in the PBS NewsHour,” anchor and managing editor Judy Woodruff said.

In fact, Mark was a founding member of our weekly political discussion with anchor Jim Lehrer. After joining the show for semi-regular conversations during the 1988 presidential campaign season, Lehrer and the NewsHour team decided to make the segment a regular part of the program.

Mark grew up in Weymouth, Massachusetts, graduated from Notre Dame and volunteered for the Marines, where he served for two years. (Lehrer and Mark shared a bond as former Marines.) After the military, he turned his attention to politics, joining the staff of Sen. William Proxmire and then moving on to contribute to numerous local and national campaigns. In 1979, he joined the Washington Post as an editorial writer and soon established a weekly column, which was eventually syndicated.

But PBS audiences know him best from the NewsHour, where he employed his disarming wit and boundless political knowledge to discuss the most important issues of the week.

He “had a magical combination of talents: an unsurpassed knowledge of politics and a passion, joy, and irrepressible humor that shone through in all his work. He loved most politicians, but could spot a phony and was always bold to call out injustice,” Woodruff recalled.

And no matter how deeply he may have disagreed with his partner on air, Mark always managed to keep things civil. Having just left the Bush White House, which Mark frequently criticized, Michael Gerson said he had no idea what to expect when he’d fill in occasionally on the show. “But Mark went out of his way to show me kindness, even in the midst of disagreement. And it would be hard to describe a political temperament more needed in our times,” said Gerson, a nationally syndicated columnist for the Post.

Hari Sreenivasan said every interaction he had with Shields was “one where I learned something. Sometimes it was his encyclopedic political knowledge but more often than not it was a lesson in kindness. Whether it was his political foil for the night or the producer or the camera person or intern, he treated everyone with respect.” 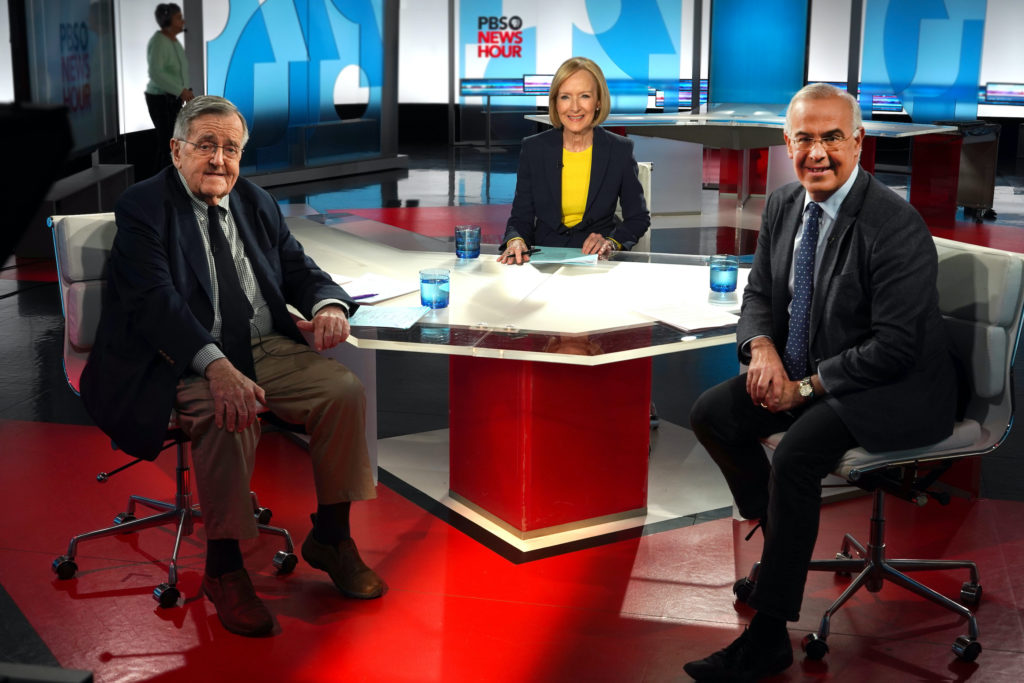 Viewers came to know “ his towering intellect, his sharp wit, his humanity by watching him on TV,” chief correspondent Amna Nawaz said. “ But he was exactly the same person off-camera. When no one was looking. When it mattered most.”

Whenever he was in the building, you could find him by following the sound of laughter, Nawaz said. “Whether he was in the makeup room, or the hallway, or walking out of the studio – he always found a way to bring a smile to those around him,” she recalled. “Mark gave us so much – as a show, as an industry, as a nation. He made us better and smarter. But he gave each and every one of us who had the privilege to know and learn from him, an immeasurable gift. I’m so grateful to him for that,” Nawaz said.

Woodruff recalled weekends spent in New York with Shields and his wife, Anne, where they were frequently stopped — at restaurants, events, or just walking down the street — by Mark’s admirers.

“ No matter how much of a hurry we were in, Mark always made time for them, was unfailingly kind and generous. He treated everyone with respect,” Woodruff said.

He also had a certain kind of optimism about politics and where the country was going, and believed in compromise, even through some of the most divisive moments in recent memory. 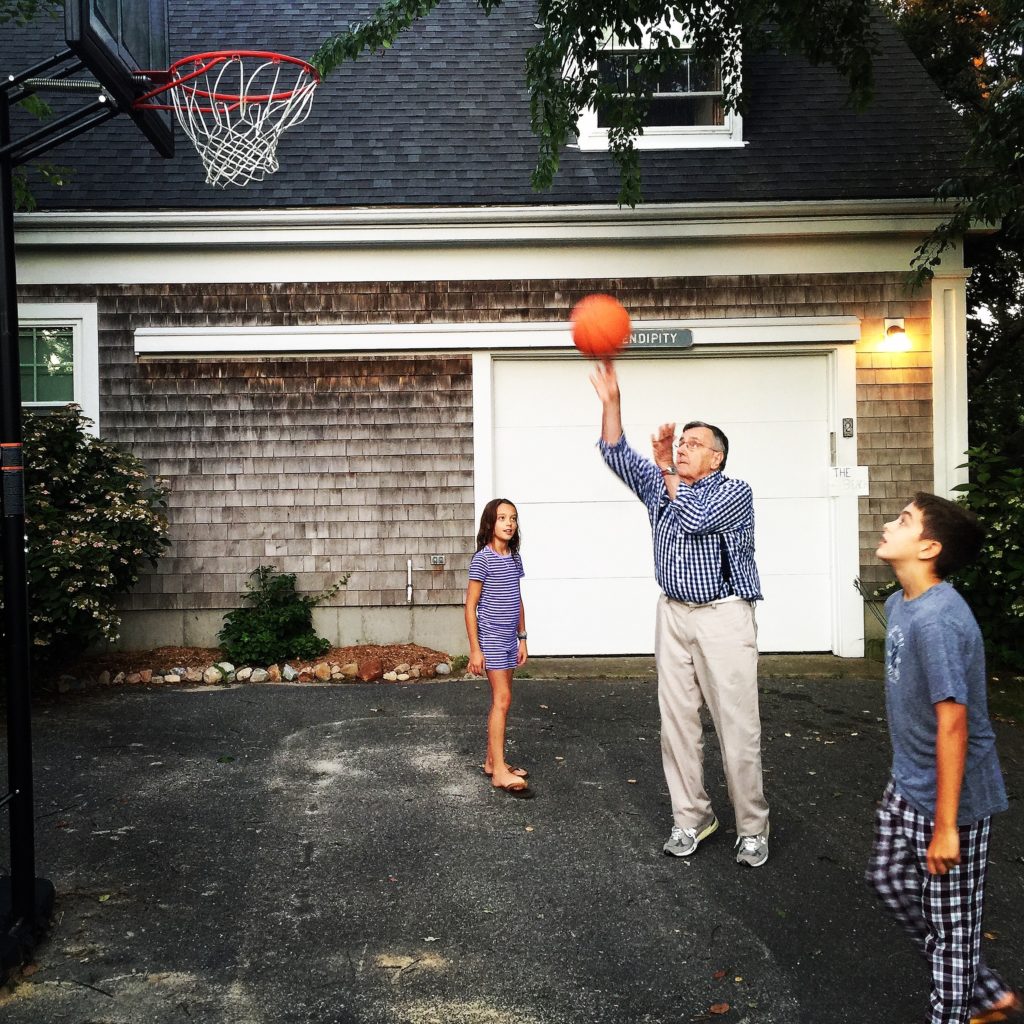 “I don’t know, in a nation as big and brawling, this great continent which we occupy, and diverse as ours, how we would resolve our differences, except through the commitment, the passion, the intelligence, the courage of those who are willing to practice the political process and achieve compromise,” he told Woodruff in December 2020, during his final political segment.

Whenever he was in the building, you could find him by following the sound of laughter, Nawaz said.

That optimism is what people loved about him, his daughter, Amy Doyle, recalled to Woodruff in a June 20 tribute to her father.

“I still think it’s amazing now, because I think people my age actually are a lot more disillusioned now, unfortunately, because it’s been a rough past six years of politics. There’s been some serious ups and downs, and people are so partisan and separate,” she said. In the work he did on the NewsHour “there was real conversation and real debate, but it wasn’t ugly, and it wasn’t partisan. And it wasn’t like, I can’t like you because you’re a Republican.” 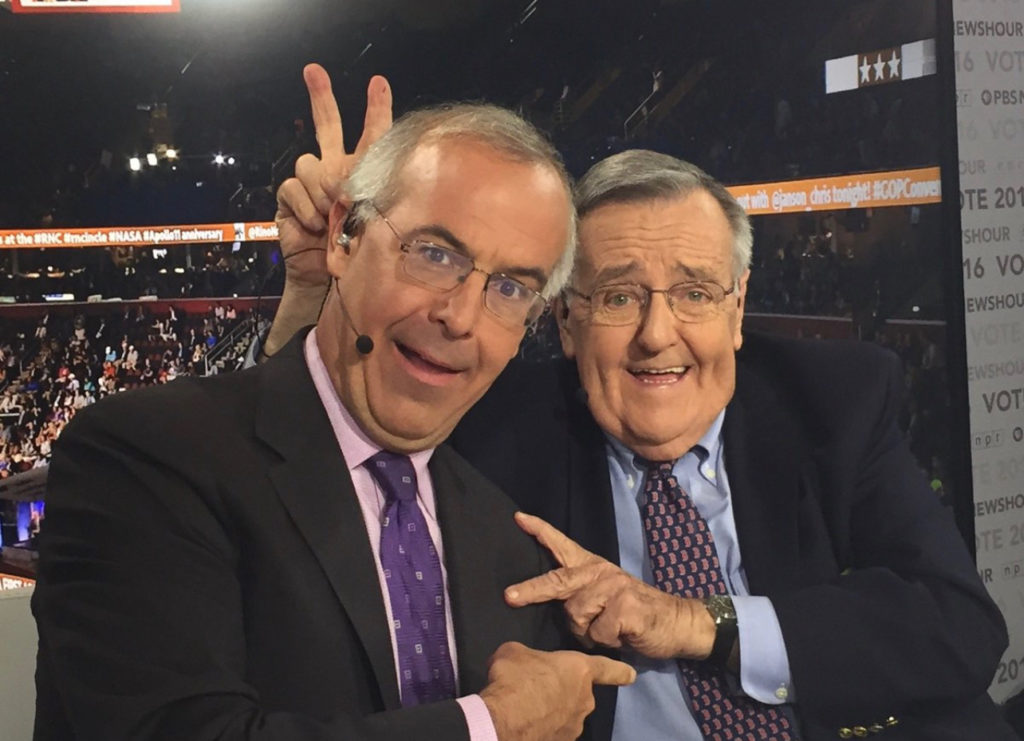 David Brooks, his longtime companion in the Friday political segment, said that kind of warmth shaped everyone around him.

“He taught me not to just think with my head, not to just be a pundit through my head or through some party position, but to let your heart be bare and to react with your heart with the — with the moral emotions you feel. And that was how he improved us all and how he lifted us all,” he told Woodruff.