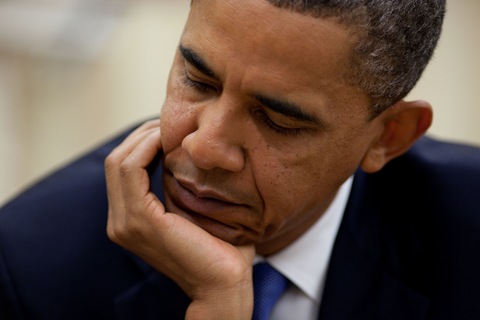 Christmas 2010 is in the past and New Year’s is approaching, which means it’s time to start thinking about … 2012.

Yes, Iowa and New Hampshire are more than a year away, but for presidential hopefuls the political calculations are already well underway. For many they started the Wednesday after Election Day 2008. Tapping into the American electoral zeitgeist is no easy task however and a Patchwork Nation analysis of the vote in 2008 versus 2010 shows just how much the landscape has changed. Both were big change wave elections, but we do not yet know if 2012 will be as charged a political environment.

The Democrats lost ground in all of Patchwork Nation’s county types in the 2010 House vote compared to the vote in 2008 — including the reliably “blue” big city Industrial Metropolis and Campus and Career locales. But most troubling for President Obama and the members of his party would have to be the numbers from the wealthy, largely suburban Monied Burbs.

The vote in the Burbs is typically close, but it swung heavily to the Democrats in 2008, when Democratic House candidates won there by 11 percentage points. Those same Burb counties were arguably why Barack Obama won the presidency in 2008 – as we note in the book “Our Patchwork Nation.”

In 2010, that margin not only disappeared, the swinging Burbs swung to the GOP. Republican House candidates won the total vote from the Monied Burbs in the midterms – 50 percent to 47 percent. The Burbs — with 286 counties and 69 million people — are key to Mr. Obama’s chances for reelection and the GOP’s hopes of unseating him. The 2010 results seem to show they are very much in play and suggest 2008 may be have been an aberration.

At the very least, the numbers suggest the Democrats have a lot of work to do before 2012:

As University of Maryland professor James Gimpel and I write in “Our Patchwork Nation,” most of our 12 county types are not up for grabs in election years. It is clear long before the first vote is cast which way they will vote. But the margins in the community types matter and 2010 saw big slips for the Democrats everywhere.

The biggest drop for the Democrats came in the Campus and Career counties. Democrats’ House candidates captured 66.2 percent of the vote in those counties in 2008, but only 52.6 percent in 2010 – a drop of 13.6 percentage points. That’s not a complete shock. College students were inspired by Mr. Obama’s candidacy and are usually not tuned in for midterm elections.

As we heard on our October trip to Bloomington, Ind., home of Indiana University, say “midterms” and students talked about exams not elections. But much of the student vote may return in 2012, if the campus vote still feels excited about President Obama.

There was also a drop in Minority Central — counties with large black populations — of more than 10 percentage points for the Democrats. That decline is not hard to understand either. Without the first black president on the ticket to help bring out the African-American vote, the Democratic Party suffered.

But there are more troubling signs for the Democrats in these results, especially in the small town Service Worker Centers, which continue to suffer above-average unemployment.

With many people there living on the margins and often without health insurance, one might think they’d cheer efforts to expand health care coverage, but Democrats were hit hard, seeing an 11.5 percentage-point drop in support in these community types in 2010.

And then there are the worrisome signs for Democrats in the Monied Burbs.

Was it Who Voted or How Many?

For some Democratic supporters, the hope is that the 2010 results were more a sign of a falloff in turnout than anything else. And if the party can get its faithful back to the polls in 2012 all will be well. But the numbers show there may be some serious problems in that thinking.

Only rural, agricultural Tractor Country counties saw a drop in turnout between 2006 and 2010. As we have noted in the past, those counties have largely avoided the recession. Perhaps voters there felt less “angry” in 2010 than others.

And 2010 voter turnout in House races compared to 2006 was up the most in the Monied Burbs and the more exurban Boom Towns – with about 1.8 million more votes cast in each. In both those county types, Democratic candidates took a big hit in 2010 compared to both 2006 and 2008.

What drove those big changes?

The Boom Towns were hit hard by the foreclosure crisis, as we have noted repeatedly on this blog. The Monied Burbs saw an uncharacteristically big rise in unemployment in the last two years to more than 10 percent in early 2010. Numbers show that may now be in the midst of being reversed — perhaps time will tell by 2012.

And somewhere in these numbers is the broader message about what to expect from President Obama and the Democrats in the coming year to 18 months.

Republicans and GOP presidential candidates can win without the Monied Burbs. They can’t lose them by much, but Republicans have a large enough advantage in other county types to make up the difference and narrowly lose the Burbs. The Democrats more or less must capture the Burbs to win.

Add it all together and it sounds eerily familiar to the world President Bill Clinton faced in 1995 – a president needing to retrench after big losses in the midterms, a need to “triangulate” (if that’s what you want to call it) to sway moderate voters without scaring off his base. But there is one critical difference in the present situation — the economy.

And that is the big challenge for the Democrats for 2012. The Monied Burbs, while critical, are also fickle — more subject to change their votes based on economic shifts.

And that’s something politicians and policymakers from both parties have struggled with since 2008.