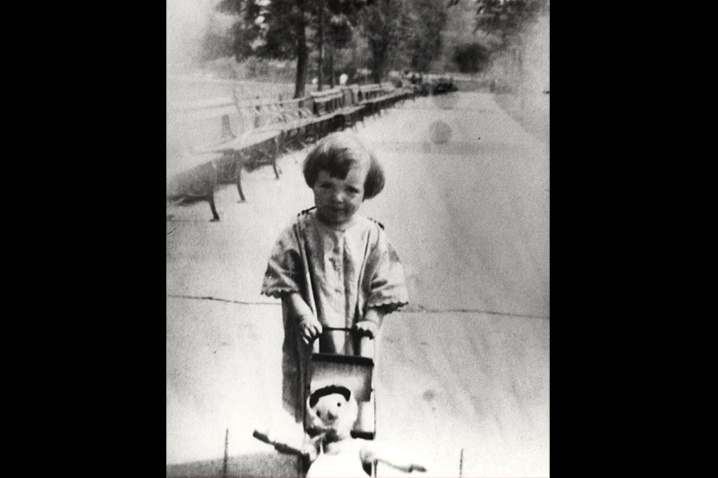 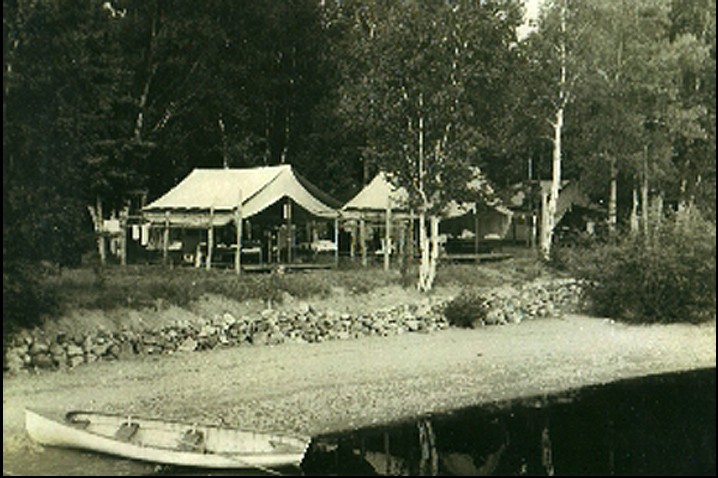 1929 – Nancy’s mother marries Dr. Loyal Davis, a respected neurosurgeon. Nancy joins the couple in Chicago and begins to lead a more privileged life. When she goes off to summer camp, she writes home to her new stepfather: “Will you please tell mother that I wove a rug for the guest bathroom? How do you like my book plates I made? I hope you like them.” Photo: Courtesy Superior View Photography 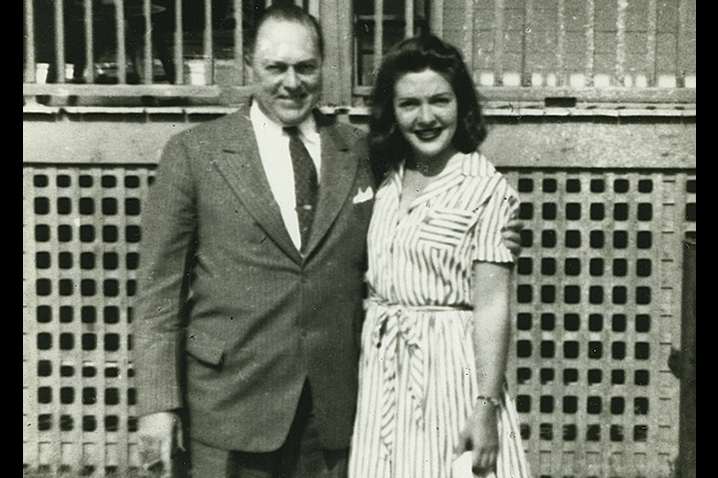 1938 – Nancy travels to New York to ask her birth father to sign papers releasing her to be adopted by her mother’s husband, Dr. Loyal Davis. Nancy sends a simple telegram back to Dr. Loyal: Hi Dad. 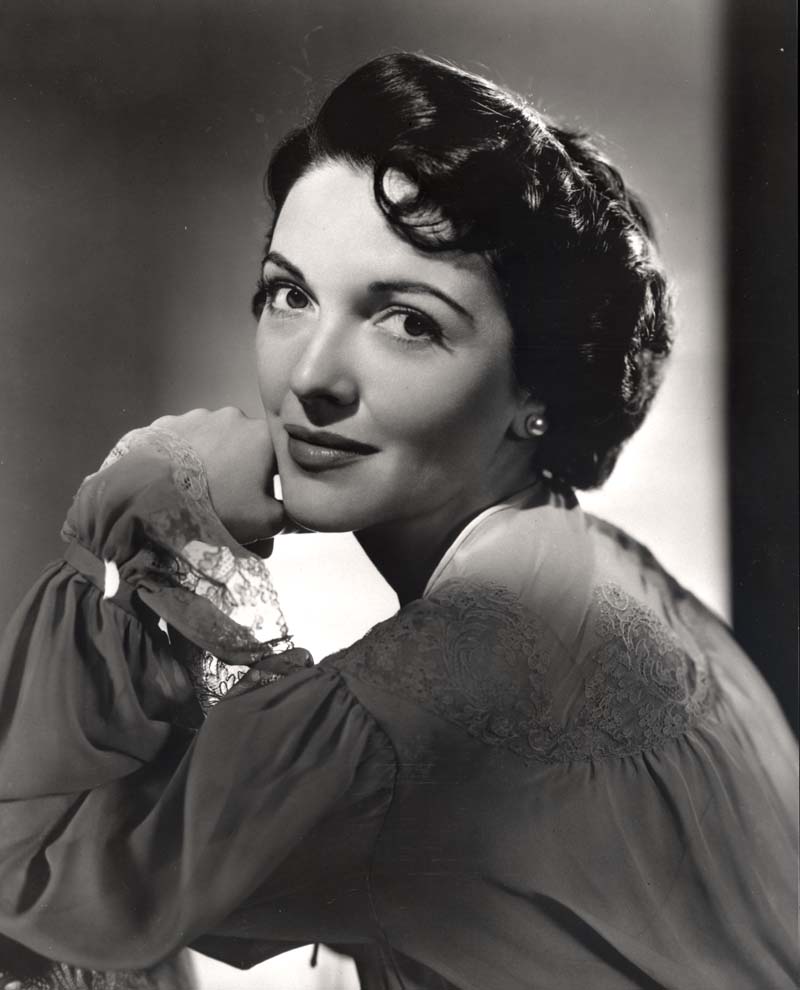 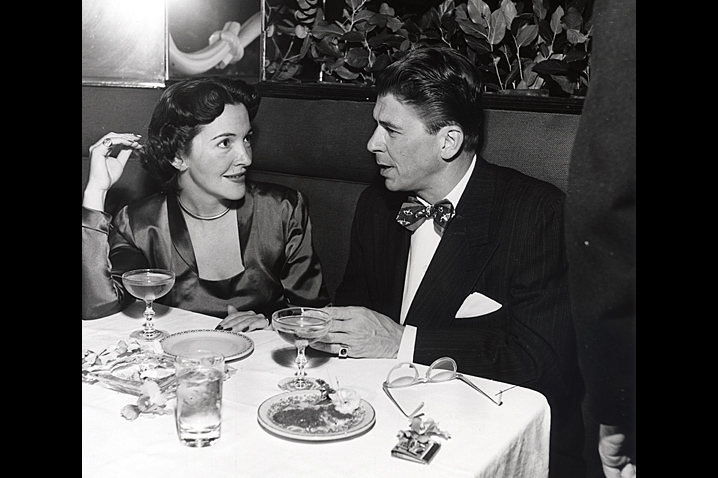 November 15, 1949 – Nancy Davis meets the president of the Screen Actor’s Guild for dinner at La Rou’s in order to gain his assurance that she will not be blacklisted like many Hollywood stars. His name is Ronald Reagan. Photo: Geri Bauer 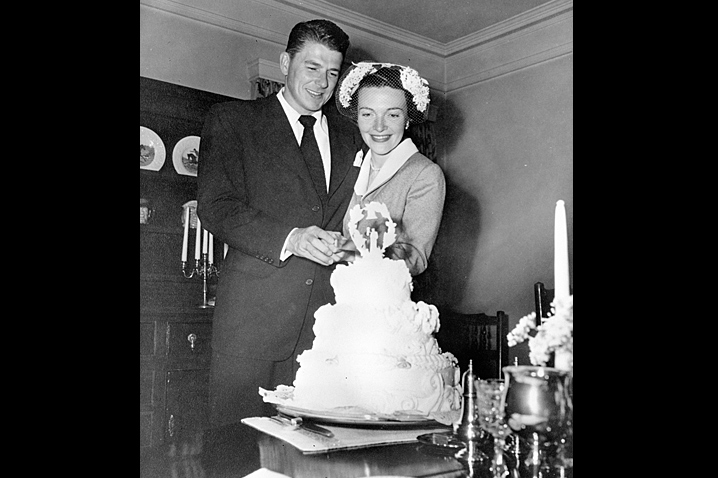 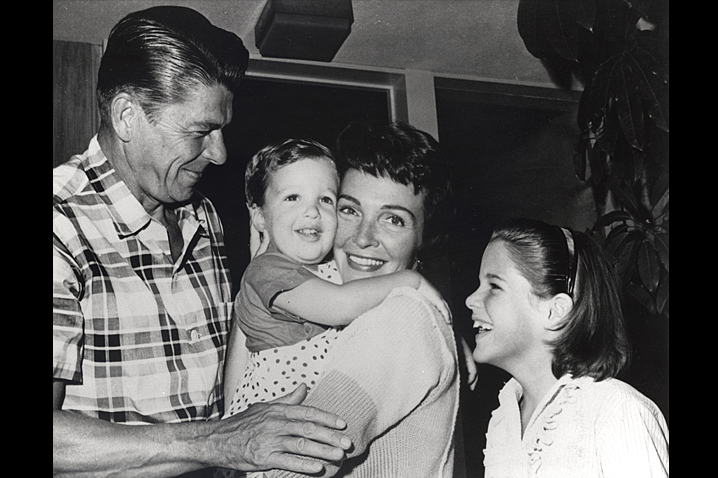 May 20, 1958 – The Reagan family grows when their son, Ronald Prescott Reagan, is born. 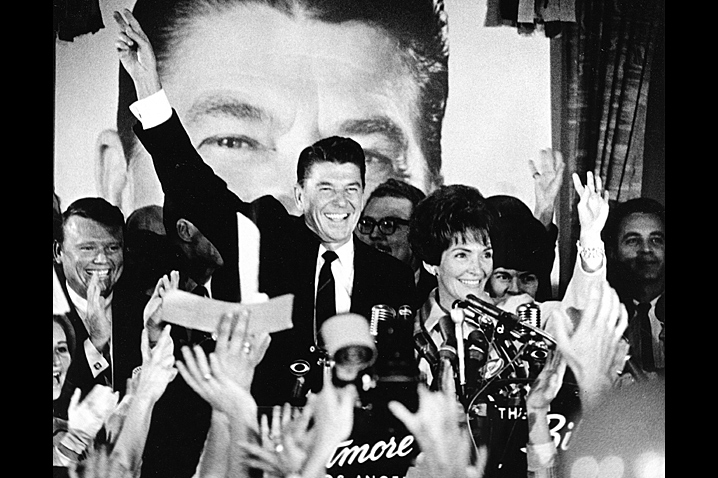 November 8, 1966 – Supporters cheer as Nancy Reagan stands by her husband, the Governor-elect of California, whose campaign she supported by hosting luncheons and participating in Q&A sessions around the state. Photo: Reagan Library 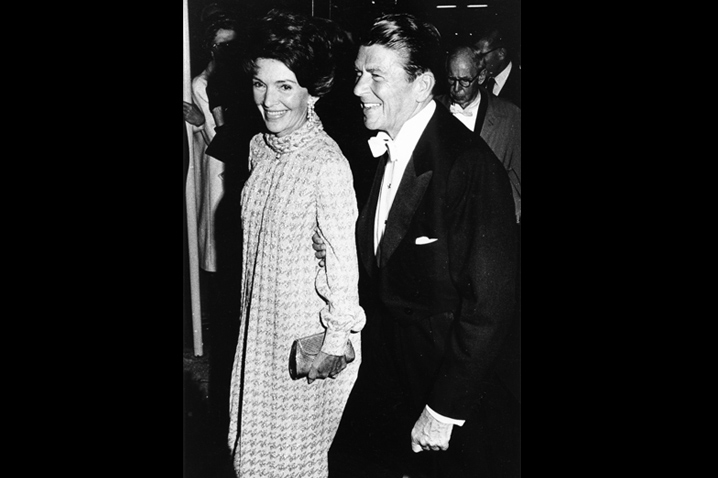 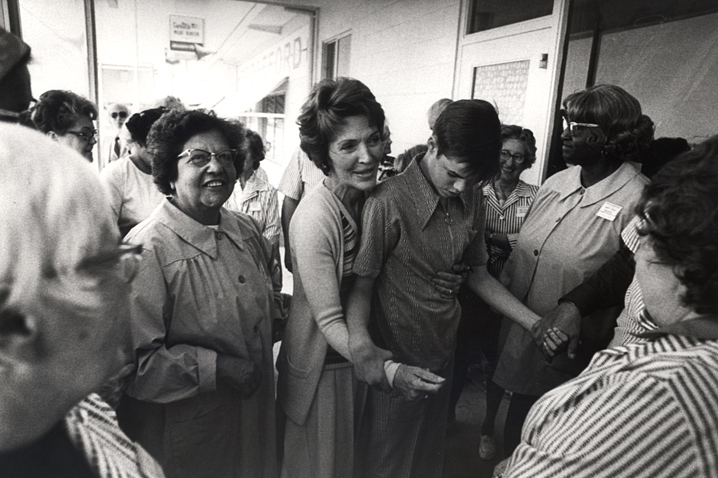 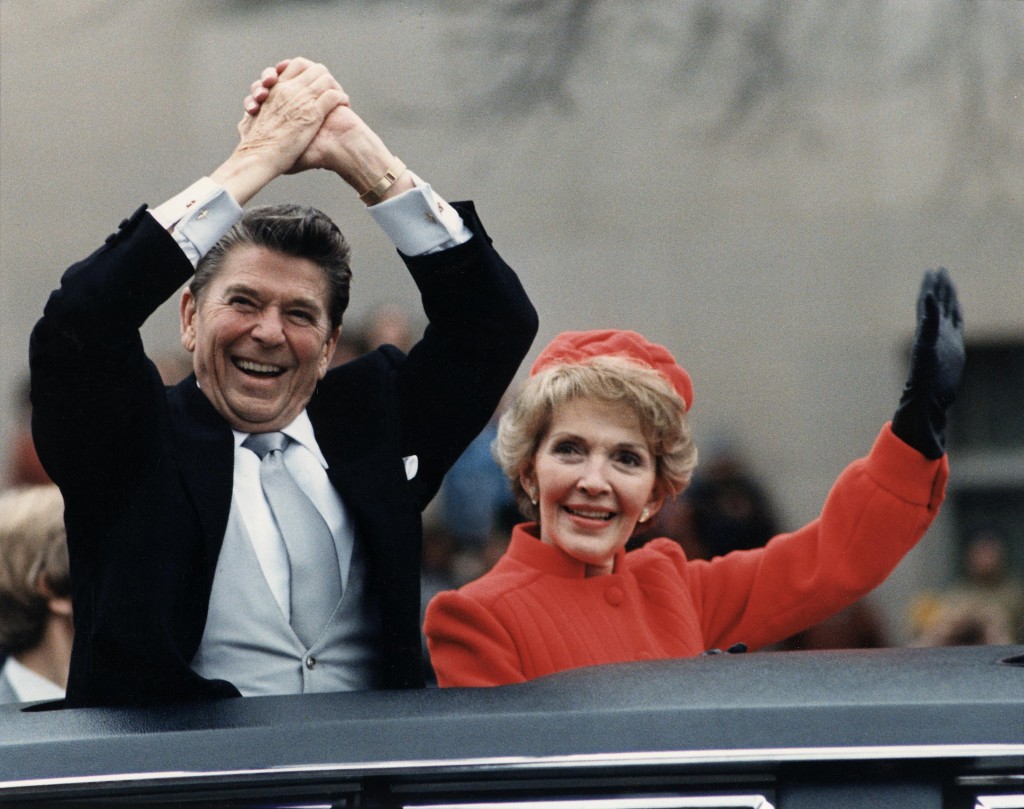 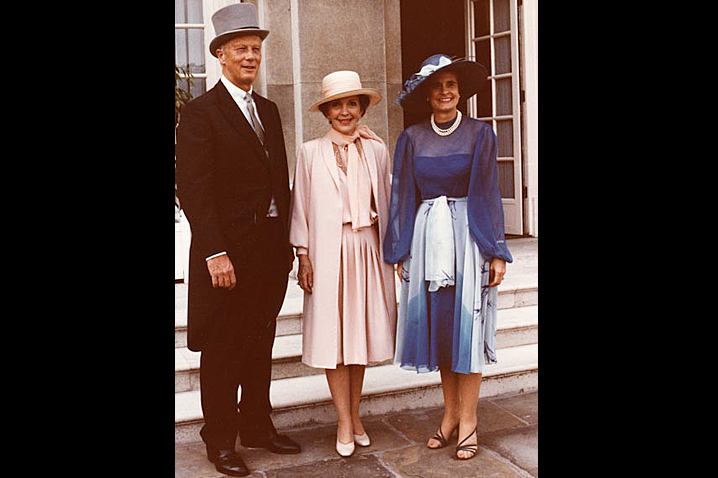 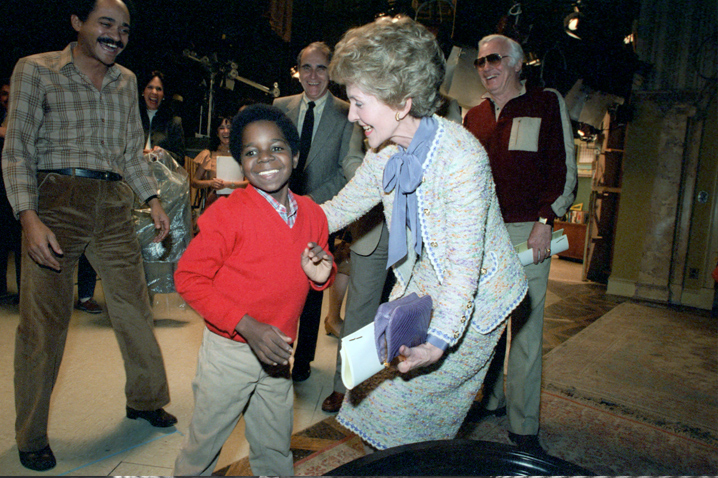 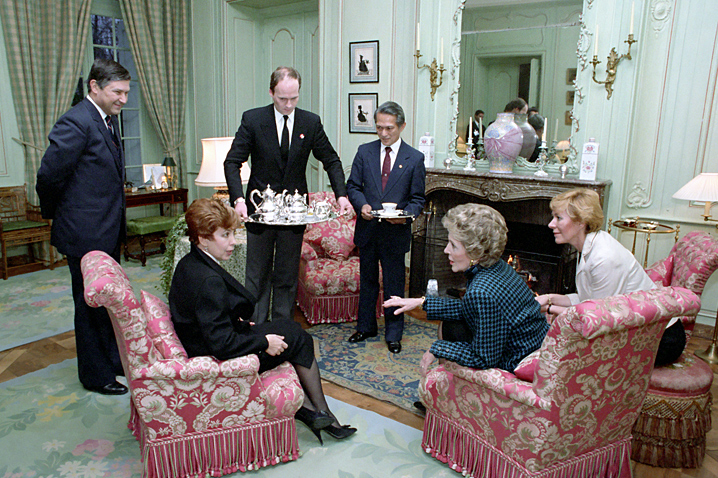 November 19, 1985 – The first lady accompanies President Reagan to Geneva, Switzerland where they meet the Gorbachevs. She encourages the president to talk one on one with the Soviet leader while she has tea with Mrs. Gorbachev. 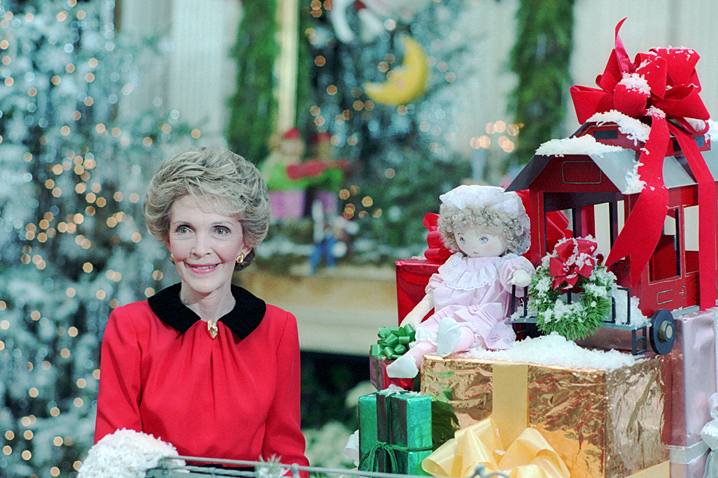 December 8, 1986 – When Mrs. Reagan invites the press to see the Christmas decorations at the White House, reporters question her about unrest in the administration related to the Iran-contra affair. Photo: Reagan Library 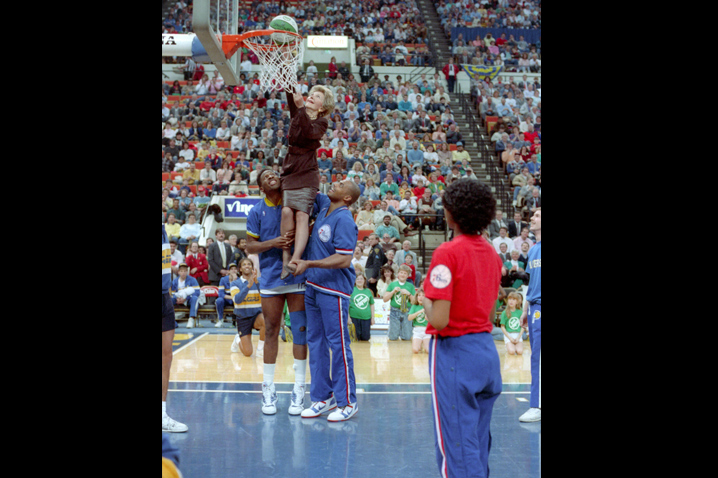 February 4, 1988 – Charles Barkley and Wayman Tisdale lift Mrs. Reagan up to the basket at a “Just Say No” Basketball game in Indianapolis, Indiana. Thousands of anti-drug “Just Say No” clubs form at schools around the country. Photo: Reagan Library 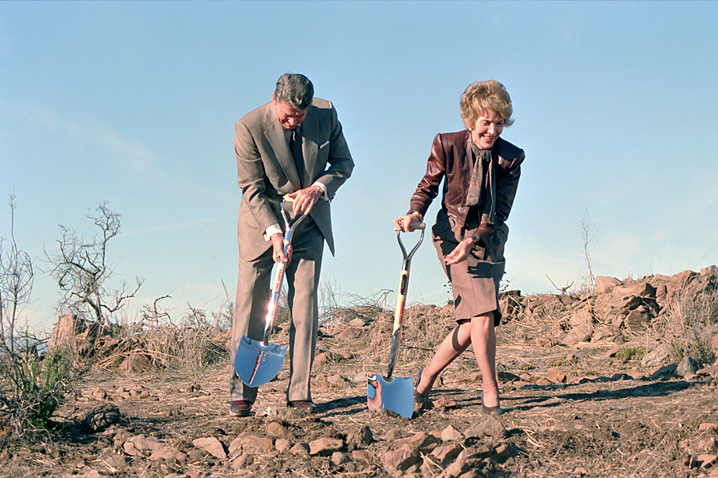 November 21, 1988 – The Reagans break ground at the Reagan Library in Simi Valley, California. The Library becomes an important place for Mrs. Reagan as she helps the nation remember her husband’s presidency. 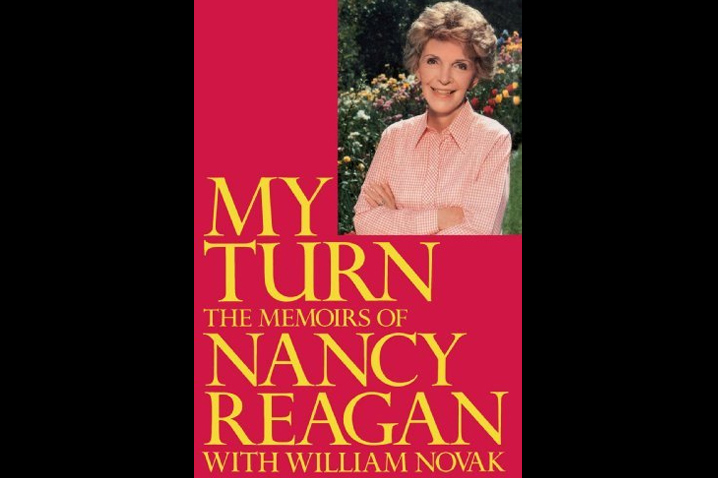 October 1989 – Nancy writes “My Turn,” a memoir on the Reagan White House years. The book becomes a best-seller. 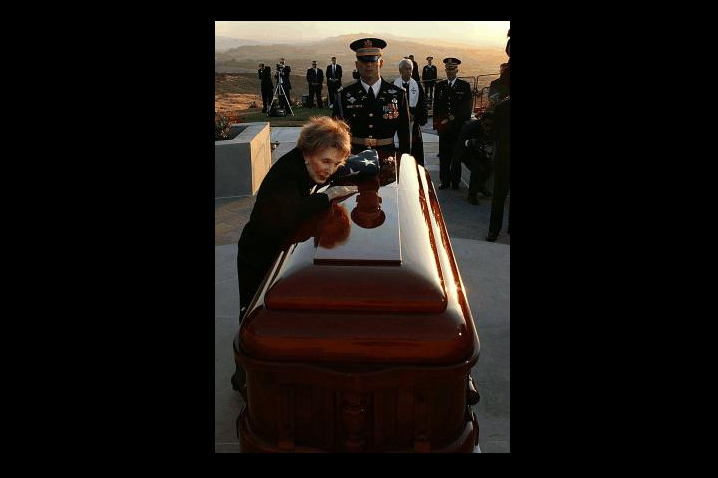