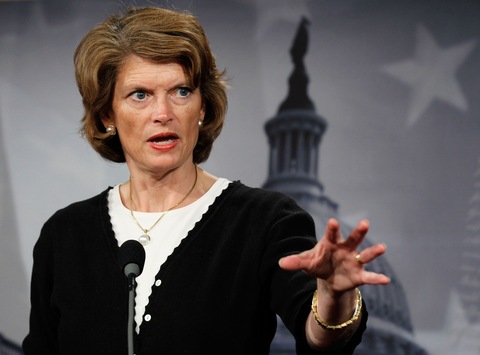 Alaska Sen. Lisa Murkowski became the latest incumbent to lose a re-election battle this year as she conceded to challenger Joe Miller Tuesday evening a week after their primary.

Murkowski had trailed Miller, a Fairbanks attorney who has never held elected office but was backed by former Gov. Sarah Palin and the Tea Party Express, by 1,668 votes. Election officials began counting absentee and outstanding ballots Tuesday. Murkowski gained some votes but was never able to get Miller’s lead below 1,100 votes.

“We all know that this has been a long week, a terribly long week,” she said at campaign headquarters, according to The Associated Press.

While there were still outstanding votes, she said “I don’t see a scenario where the primary will turn out in my favor, and that is a reality that is before me at this point in time.”

DAVID CHALIAN: Well, this is a story we have seen time and again now throughout this primary season on the Republican side, Jim. What happened there is that Lisa Murkowski, an incumbent senator, fell victim to this Tea Party energy that’s inside the Republican Party on the right wing.

The other thing that happened here was Palin power. I mean, Sarah Palin, who has a long history with the Murkowski family — there’s no love lost there — she defeated Senator Murkowski’s dad, Frank Murkowski, to become the governor of Alaska in 2006. And she went out and endorsed Joe Miller, the Tea Party candidate.

After a hard-fought primary contest, I offer my sincere congratulations to Joe Miller and offer him my strong support. The NRSC is committed to doing everything that we can in order to ensure Joe Miller’s victory this November, and I have no doubt that he will be elected as the next U.S. Senator from Alaska.

Voters in Alaska and across the country face a serious but clear choice this November. If they are happy with the reckless spending, higher taxes, and bloated federal government in Washington, then they should vote for a Democrat. But if they believe in restoring accountability and providing checks-and-balances to President Obama’s agenda, then they should vote for Republican candidates like Joe Miller.

On a personal note, I thank my friend and colleague Senator Lisa Murkowski for her work on behalf of Alaska and our country. In conceding this evening and avoiding a long and costly recount, she has once again put Alaska first, displaying the same selfless service that she is known for in the halls of Congress. While she will leave the Senate later this year, I have no doubt that Lisa Murkowski will continue to serve both Alaska and our country for many years to come.

For more on the Murkowski concession, check out The Morning Line here Wednesday on The Rundown.