Carl Icahn isn’t sure whether he’ll spend the $100 million he promised to spruce up the struggling gambling hall opened in 1990 by Donald Trump, who hailed it as “the eighth wonder of the world.”

But there are certain things the new owner is doing right away to make the casino a place of his own.

First is healing the damage that the casino’s reputation incurred during a prolonged near-death experience as it languished in bankruptcy court and repeatedly threatened to close over the last year and a half. Icahn rescued the Taj Mahal by keeping it afloat during its Chapter 11 case and pledging to invest $100 million once he got control.

“We want to let the world know that we are open for business and we’re not going anywhere,” said Tony Rodio, president of the Icahn-owned Tropicana casino, which now runs the Taj Mahal as well.

But almost as soon as Icahn took over in March, he wavered on investing the full $100 million, spooked by the prospect of two new casinos in the northern part of the state. New Jersey voters will decide in November whether to authorize them.

Icahn will wait until the referendum to commit to spending that much money on a casino that could be at an even worse competitive position with new in-state rivals.

But he has authorized $15 million for immediate repairs on things guests will immediately notice, like 250 new slot machines, reactivating lights and water fountains that had been turned off for years, reopening a poker room, and offering live entertainment every night in its re-done Ego lounge. Less visible repairs include fixing leaks in a roof.

The 180 out-of-service hotel rooms that needed work should all be ready by the July 4 holiday. Including its Chairman Tower, named after you-know-who when he was Chairman of the Board, the Taj Mahal has 2,010 hotel rooms, placing it in the upper echelon of Atlantic City’s casino market. 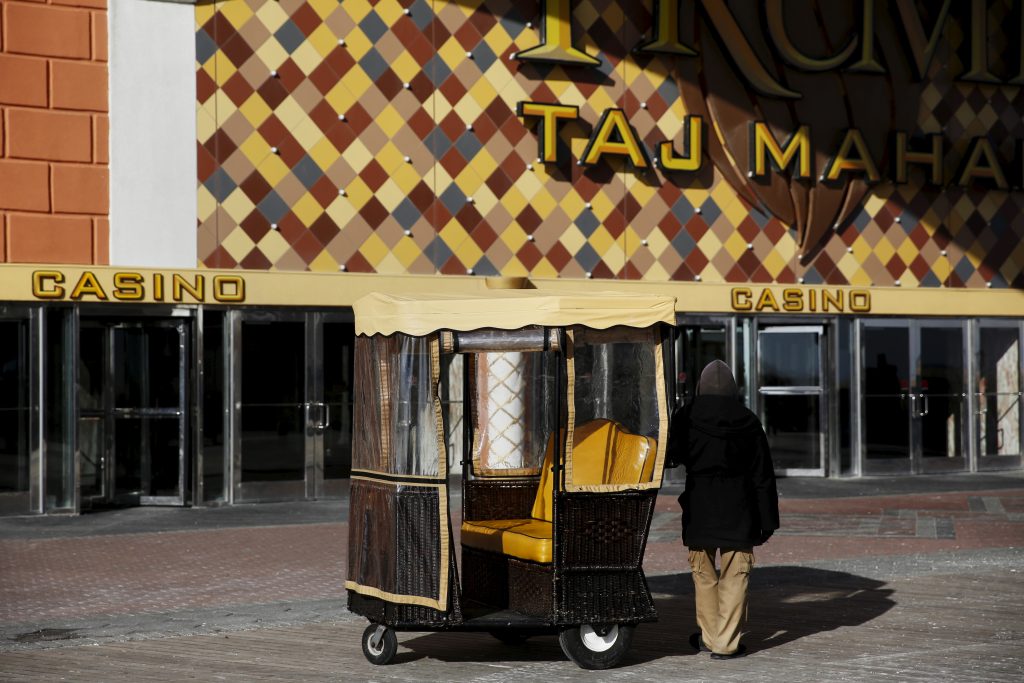 When it opened in 1990, the Taj Mahal was the most expensive casino ever built, at $1.1 billion. Its chandeliers alone cost $16 million, and Trump flew in Michael Jackson for the grand opening. But it went bankrupt (for the first of four times) after just a year, choked by debt.

Trump, the Republican presidential front-runner who has received some help from Icahn courting political donors, lost majority control to bondholders in the casino’s 2004 bankruptcy filing. He has not owned or had anything to do with the casino company since 2009, aside from a 10 percent stake in return for the use of his name that was wiped out in bankruptcy court.

Sean Friel, a valet at the Taj Mahal since the day it opened, said the past two years have been rough on the staff as the former owners, Trump Entertainment Resorts, let the property deteriorate. With Icahn having promised to keep it open, Friel said the staff is relieved.

“It’s a great weight off your shoulders,” Friel said. “I was afraid it would go dark; I saw them make up these big black things to barricade and lock the doors, and signs that said, ‘We’re closing.’ Now we can see light at the end of the tunnel.”

The Taj Mahal’s unionized employees are still fighting to regain health care and pension benefits that the previous owners terminated during bankruptcy, and Local 54 of the Unite-HERE casino workers union has held more than a dozen public protests against Icahn, calling for the benefits to be restored. The union last year authorized a strike but thus far has not walked out.

Should Icahn agree to go all-in on upgrades to the Taj Mahal, Rodio envisions new nightclubs, branded restaurants and other attractions to fill the vast empty spaces that exist in numerous areas of the sprawling casino complex.

“It’s a big canvas,” Rodio said. “We just have to figure out how to paint it.”

Left: The Trump Taj Mahal Casino is illuminated at dusk in Atlantic City, New Jersey in 2014. Photo by Mark Makela/Reuters