Anti-Trump march in NYC draws thousands as other cities protest

NEW YORK — In the days since the presidential election, protests against President-elect Donald Trump have continued to draw thousands of people in New York City, Los Angeles, Oakland, Chicago, Portland and elsewhere.

In New York City, on Saturday afternoon, several thousand people in gathered in Union Square before marching to Trump Tower uptown, according to the New York Daily News. Organized by BlackMatters, a nonprofit news outlet which focuses on black issues in the United States, the event’s Facebook page emphasized that it would be a peaceful demonstration.

Many in the crowd at Trump Tower, located at Columbus Circle in New York City, held signs whose messages included “Give Me Your Tired, Your Poor, Refugees Are Welcome Here” and “Money is Not Speech.” There was intermittent chanting, and the crowd at one point repeated the words of one of the speakers: “This system works to divide marginalized groups. We need to organize.” 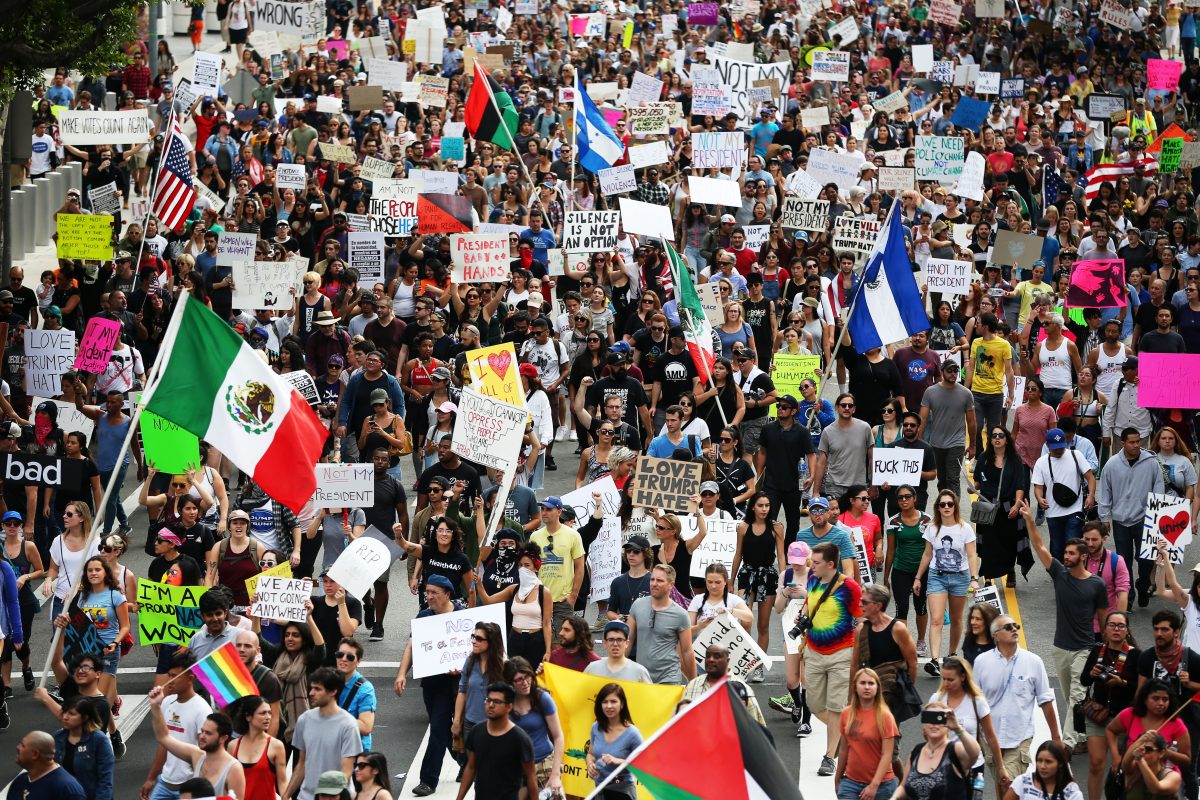 Protesters hold up signs during a march and rally against the election of Republican Donald Trump as President of the United States in Los Angeles, California, on November 12, 2016. Photo by Lucy Nicholson/Reuters

Protesters in New York City and elsewhere have voiced fears that Trump’s administration will bring anti-immigration policies while indirectly encouraging racist hate crimes. Some people in the U.S. have begun to report such hate crimes; the Southern Poverty Law Center said in a report that it has logged more than 200 accounts of hate crimes since Election Day, though not every incident was independently verified. 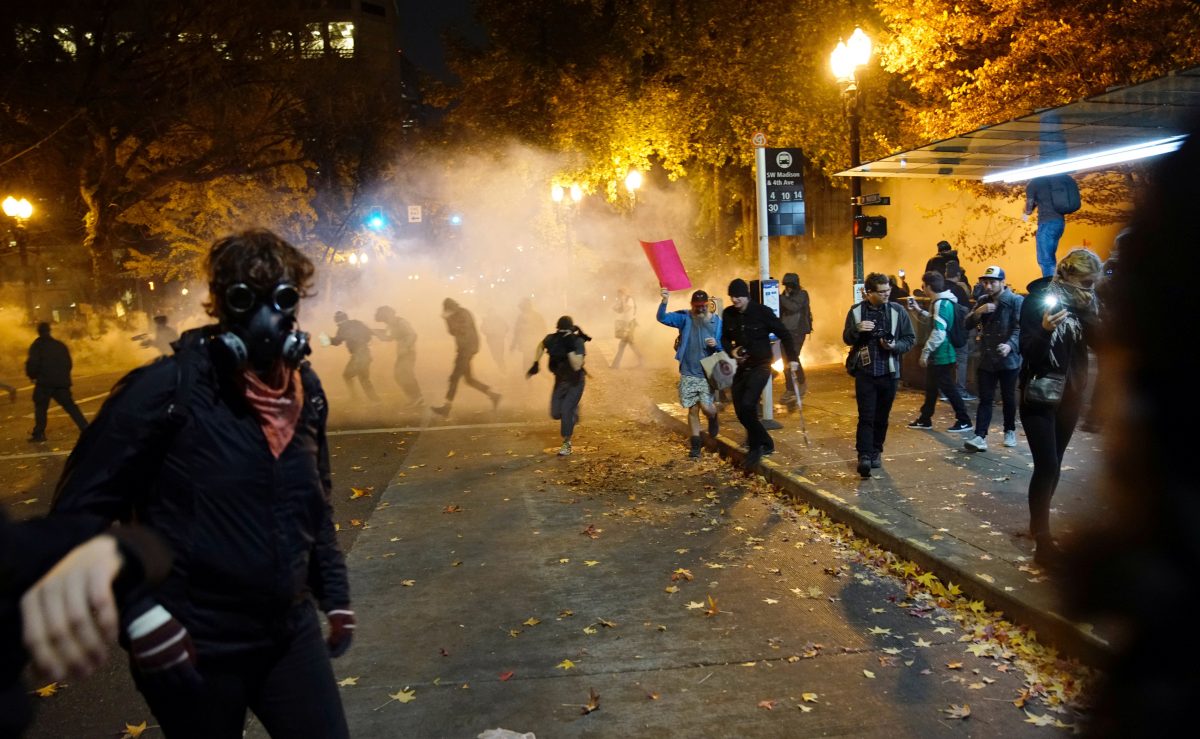 People try to move away from a gas cloud during a protest against the election of Republican Donald Trump as President of the United States in Portland, Oregon, on November 12, 2016. Photo by William Gagan/Reuters

Demonstrations across the nation have remained largely peaceful. But in Portland, Oregon, a protester was shot on Friday night and taken to the hospital for non-fatal injuries, according to the Associated Press. The suspect had a confrontation with protesters on Morrison Bridge, fired multiple shots and then fled the scene, according to Oregon Public Broadcasting.

Prior to the shooting, police launched flash-bang grenades and tear gas at the hundreds of Portland protesters who marched through the city, impeding traffic and vandalizing property, the AP reported. On Twitter, the Portland Police Department said that the tear gas was a response to some protesters throwing “burning projectiles” at officers.

See below for more photos of protests around the country. 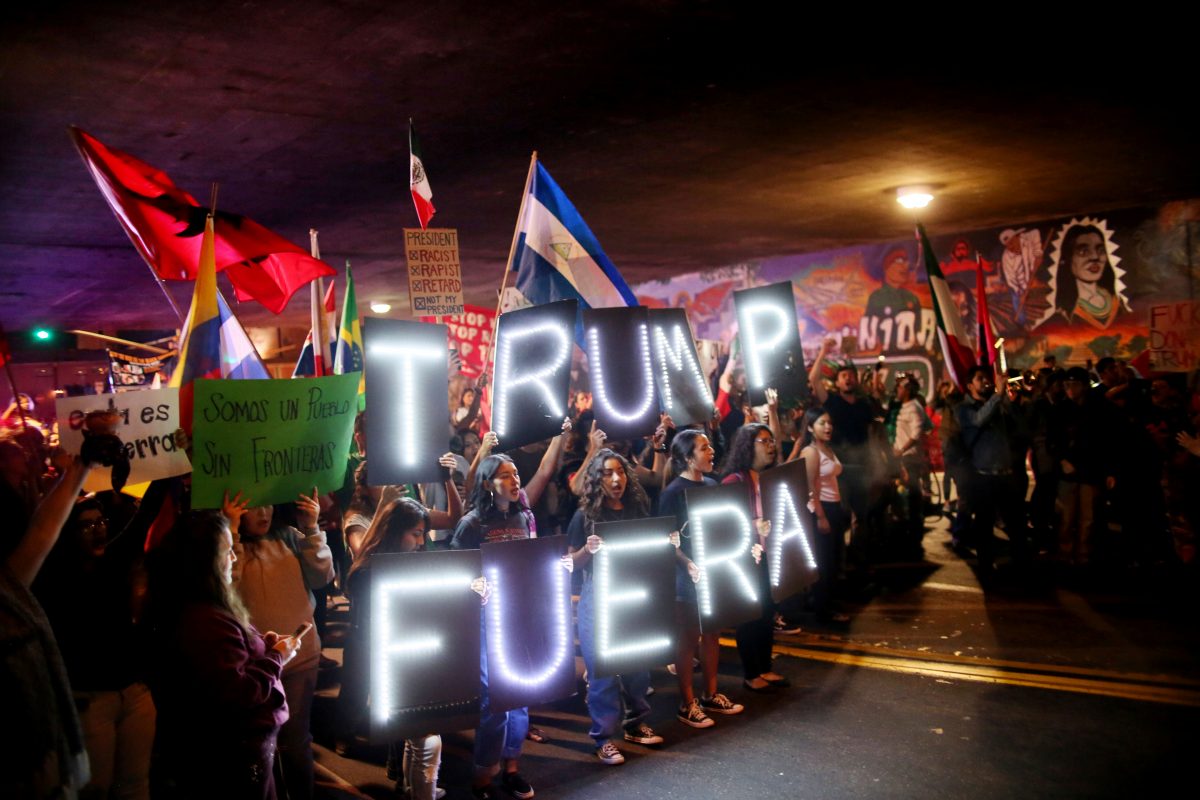 Demonstrators stage a rally against President-elect Donald Trump in the Barrio Logan area of in San Diego, California, on November 11, 2016. Photo by Sandy Huffaker/Reuters 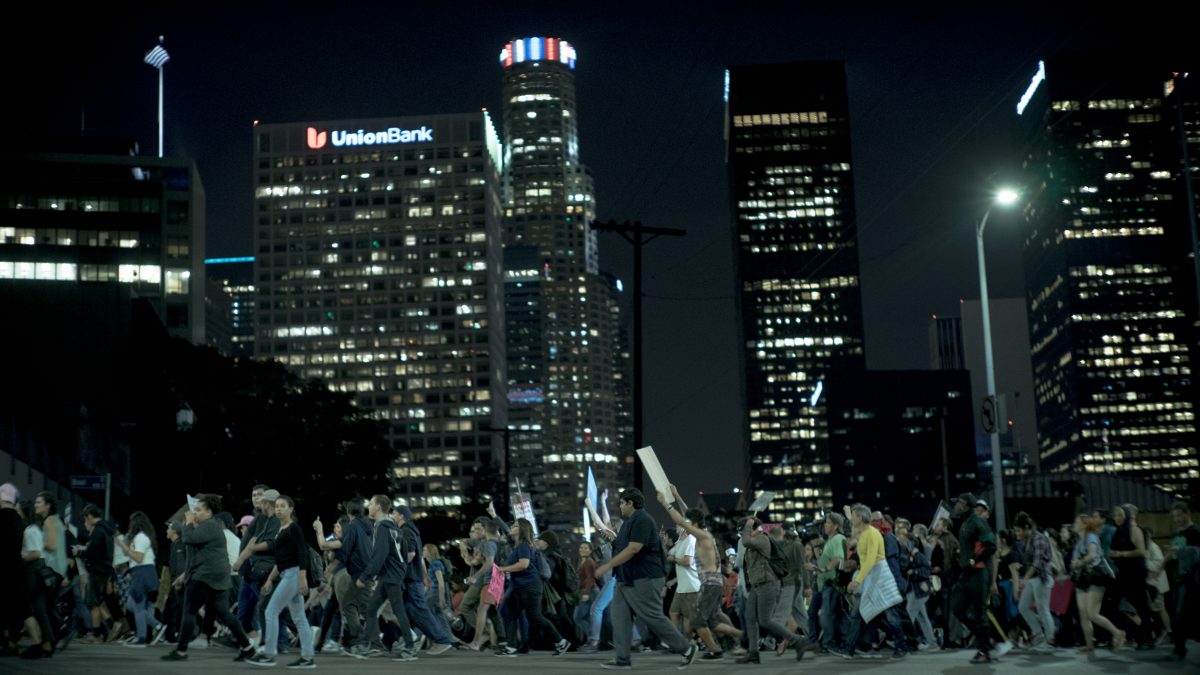 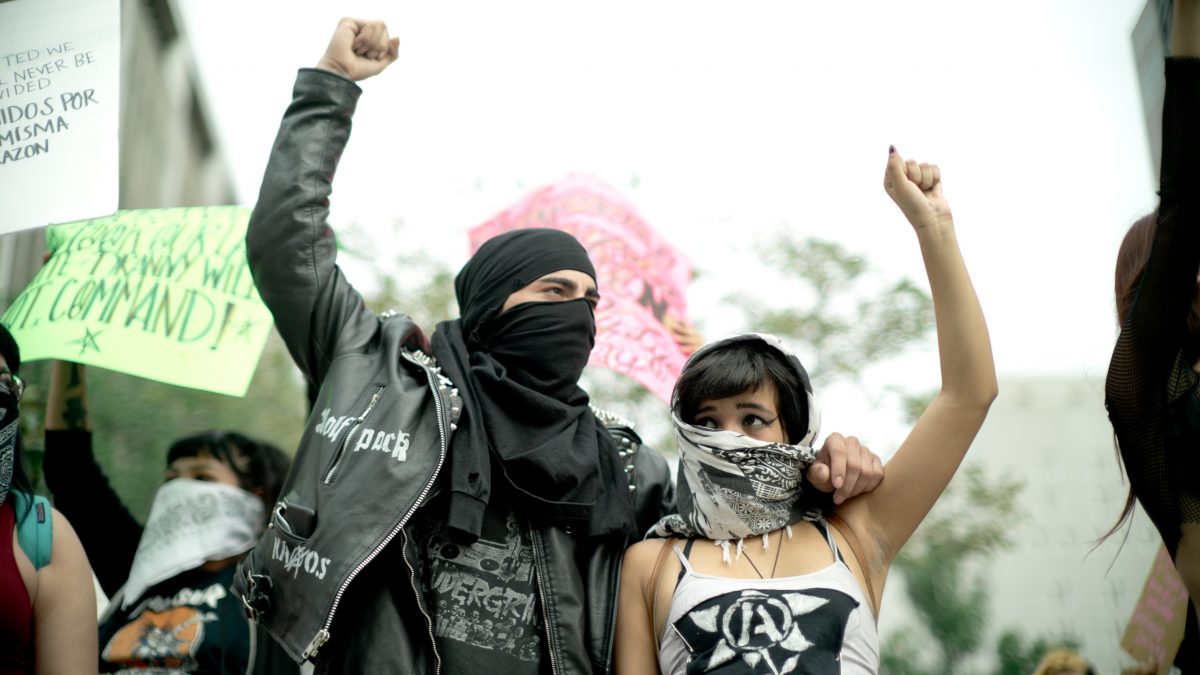 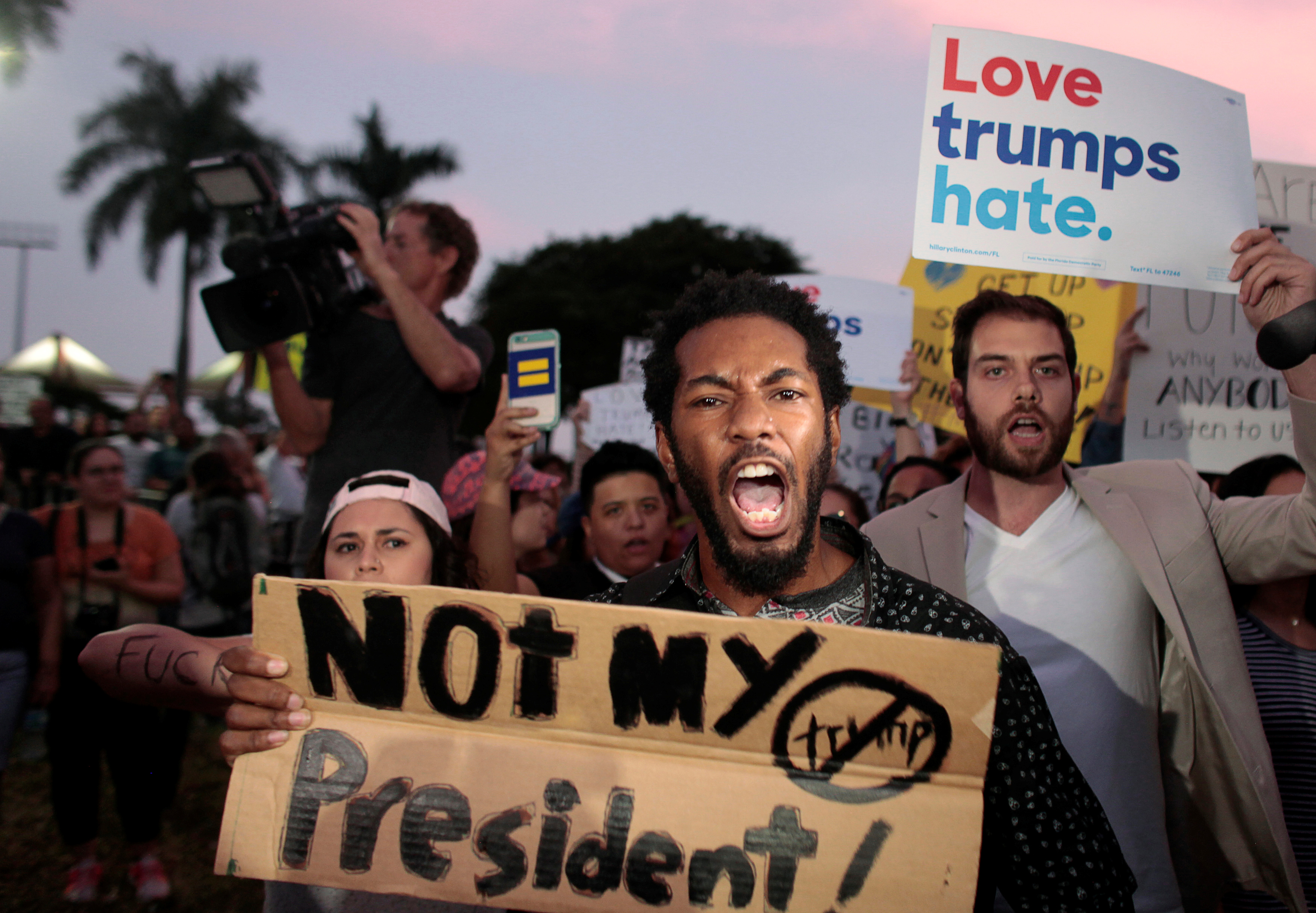 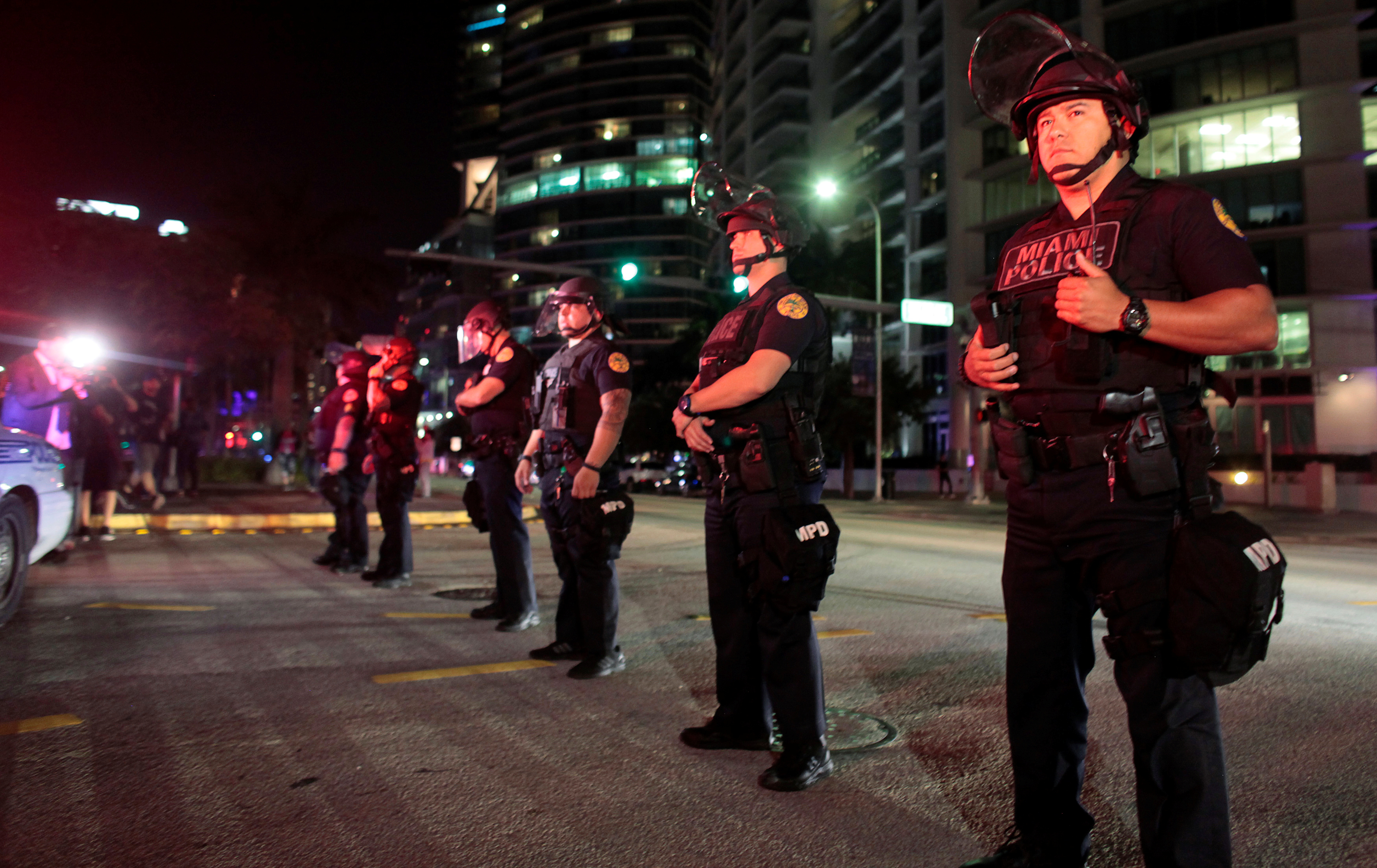