Newly leaked dossier on Trump circulated in DC for months

WASHINGTON — It was a bombshell story, emerging on the eve of Donald Trump’s first news conference as president-elect: U.S. intelligence officials had presented Trump with unsubstantiated claims that Russia had amassed compromising personal and financial allegations about him.

The purported Russian efforts were described in a newly released and uncorroborated dossier produced in August. But they had circulated more widely in Washington in October — following early reports and opaque warnings from elected officials that something was afoot involving the Kremlin and Trump.

In October, Mother Jones magazine described how a former Western spy — assigned to look into Trump’s Russian ties for a private American firm — had presented his findings to the FBI in August. Those findings, the magazine said, were produced for political opposition research and said that Russian intelligence had compromised Trump during his visits to Moscow — information that, if true, could be used to blackmail him or undermine his presidency.

The Wall Street Journal on Wednesday identified the dossier’s author as Christopher Steele, a director of London-based Orbis Business Intelligence Ltd., whom the Journal said declined repeated requests for interviews through an intermediary. Another Orbis director told the Journal he wouldn’t “confirm or deny” that Orbis had produced the report.

Christopher Burrows, co-director of Orbis Business Intelligence Ltd. declined comment when questioned by ITN. “.. I don’t think it would be appropriate for me to make any comments at the moment on what happened, whether Orbis has been involved or not, and we’ll review that situation in the next couple of days,” he told ITN.

There was no listed number for Steele’s address in Runfold, outside Farnham, Surrey, about 35 miles southwest London. 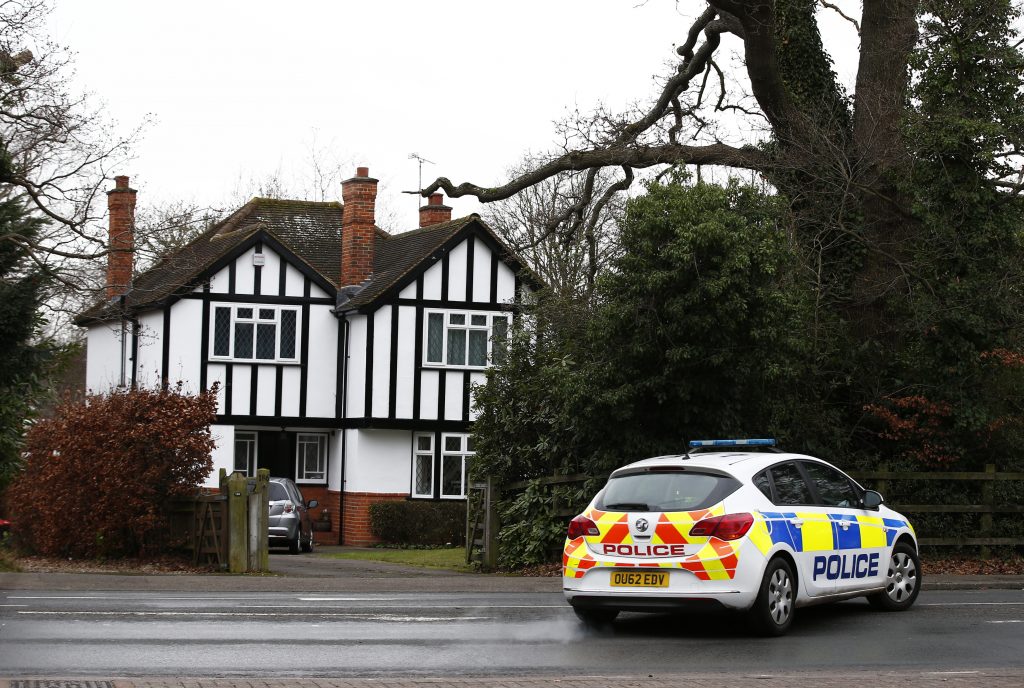 A police car drives past an address which has been linked by local media to former British intelligence officer Christopher Steele, who has been named as the author of an intelligence dossier on President-elect Donald Trump, in Wokingham, Britain. Photo by Peter Nicholls/Reuters

Neighbor Mike Hopper said Steele had lived there for about 18 months with his wife and four children. Hopper is looking after the family’s cats.

“He did not say where he was going or when he was coming back,” he said.

CNN reported Tuesday night that Trump had been briefed in a classified setting about a summary of the investigator’s findings.

Meanwhile, BuzzFeed published the 35-page dossier Tuesday night. The website defended publishing the report because it said Americans “can make up their own minds about allegations about the president-elect.” Other news outlets withheld publishing most details about the unverified claims because they couldn’t confirm them.

Shortly after reports were published late Tuesday about the dossier, Trump tweeted: “FAKE NEWS – A TOTAL POLITICAL WITCH HUNT!” The president-elect said at a combative news conference Wednesday that the allegations were “phony stuff” leaked by “sick people.” 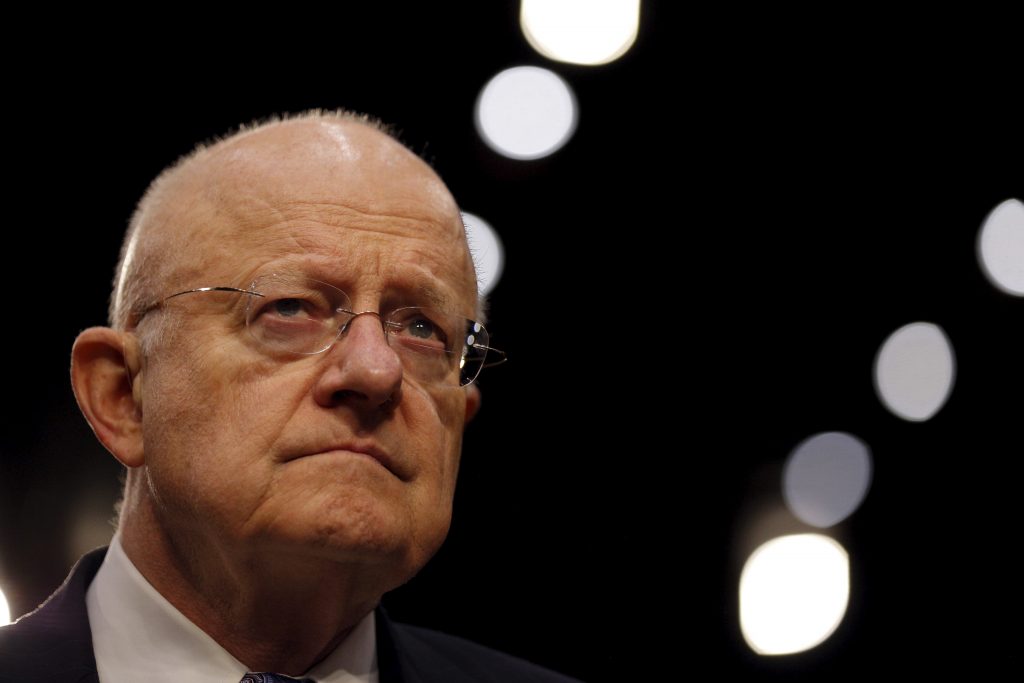 Director of National Intelligence (DNI) James Clapper testifies before a Senate Intelligence Committee hearing on “Worldwide threats to America and our allies” in D.C. Photo by Carlos Barria/Reuters

Trump hasn’t said whether he believes Clapper’s claim on the source of the leaks. He tweeted Thursday: “James Clapper called me yesterday to denounce the false and fictitious report that was illegally circulated. Made up, phony facts. Too bad!”

The Kremlin, meantime, said that Russia and the United States can overcome the current diplomatic strain based on mutual respect once Trump takes office.

President Vladimir Putin’s spokesman, Dmitry Peskov, told reporters Thursday that “Moscow hopes that our presidents will get along well.” He added that while Moscow and Washington can’t agree on everything, they can normalize their strained ties if they show “mutual respect.”

Peskov made the statement while commenting on Trump’s news conference Wednesday, during which he voiced hope of getting along with Putin. Peskov welcomed Trump’s readiness to conduct a dialogue with Russia, adding that “it will help us find a way from many difficult situations.”

The dossier contains unproven information about close coordination between Trump’s inner circle and Russians about hacking into Democratic accounts as well as unproven claims about unusual sexual activities by Trump among other suggestions attributed to anonymous sources. The Associated Press has not authenticated any of the claims.

In October, then-Senate Minority Leader Harry Reid wrote to the FBI asking it to publicly disclose what it knew about any Trump campaign ties to Russia.

“It has become clear that you possess explosive information about close ties and coordination between Donald Trump, his top advisers, and the Russian government — a foreign interest openly hostile to the United States, which Trump praises at every opportunity. The public has a right to know this information,” Reid wrote on Oct. 30.

He said he learned of the information from FBI Director James Comey and from other top U.S. national security officials. It wasn’t immediately clear how much Reid knew specifically of the compromising information versus Russian hacking activity in general.

A few weeks later, in mid-November, Sen. John McCain became aware of the allegations but decided it was impossible to verify them without a proper investigation, according to a report Wednesday by The Guardian. The newspaper reported McCain was reluctant to get involved because it could be seen as payback for insults Trump made about the Arizona Republican during the campaign.

The summary of the dossier allegations was appended to a classified assessment of Russia’s suspected attempts to meddle in the U.S. presidential election. Trump and President Barack Obama were briefed on the intelligence community’s findings last week.

Associated Press writers Raphael Satter in London and Laurie Kellman and Deb Riechmann in Washington contributed to this report.

WATCH: How credible are reports that Russia has compromising information about Trump?